COLUMBUS, Ohio — Both Republican and Democratic Ohio lawmakers are pushing to repeal the state’s nuclear bailout bill after last week’s release of a federal criminal complaint against House Speaker Larry Householder and others. Clean energy advocates say that would be a start, but more is needed to address eight years of lawmakers’ actions to slow the growth of renewables in the state.

The complaint alleges a $60 million bribery and conspiracy scheme that led to the passage of House Bill 6 last summer, followed by the defeat of a referendum effort to give voters a say on the bill. Amounts involved are about 20 times more than amounts that could be tracked through public documents.

HB 6 is primarily known as a “nuclear bailout” for providing six years of subsidies for the FirstEnergy Solutions/Energy Harbor nuclear power plants in Ohio totaling roughly a billion dollars, but it also gutted the state’s renewable energy and energy efficiency standards, and provided bailouts for two 1950s-era coal plants in Ohio and Indiana.

And while Gov. Mike DeWine has recently shifted his position from defending HB 6 to saying he wants to “repeal and replace” it, legislators from both parties say the whole thing should be thrown out. DeWine has said his office had no involvement in the alleged scheme. Yet he signed the law within hours after Householder secured its passage last summer.

Whether due to actual or perceived corruption, HB 6 “is a corrupt piece of legislation. All of it — not just part of it,” said Rep. Mike Skindell, D-Lakewood. “Therefore, the entire thing needs to be repealed. … That is one step in restoring the confidence of the citizens which was broken because of this corrupt process.”

“Ohioans deserve an immediate and full repeal of House Bill 6 in order to restore the public’s trust in the legislative process, and also to get Ohio’s clean energy future restarted,” said Miranda Leppla, vice president of energy policy for the Ohio Environmental Council Action Fund. “There is simply no room to consider anything less than a full repeal of this bill, as it is corrupt to the very core. Ohio lawmakers should consider what policies are best for Ohioans, without the corrupt influence of pay-to-play politicians and lobbyists working to influence their decisions.”

“I think this fiasco of HB 6 is just symbolic of the pay-to-play culture that has been in operation for a decade or more,” said Steve Melink, founder and CEO of Melink Corporation in Cincinnati. An analysis of lawful, reported campaign contributions from the utility, nuclear and coal industries in Ohio shows substantial increases in election years after a competitive generation market finally began developing in the state.

Efforts to give preferences to FirstEnergy and utility and fossil fuel interests didn’t start with HB 6. Bailout proposals have been on the table since at least 2014. And efforts to limit or repeal Ohio’s clean energy standards have been underway since at least 2012. A 2014 law imposed a two-year “freeze,” and then former Gov. John Kasich vetoed another bill to erode the standards. Other bills for nuclear and fossil subsidies and for weakening the standards were proposed in 2017 and 2018. And then Householder was elected.

HB 6 “was much more than a bailout for uneconomic nuclear and coal plants. It was an attack on renewable energy and energy efficiency that First Energy, and its allies in the legislature, had been pushing for years,” said J.R. Tolbert, managing director for Advanced Energy Economy’s national business group.

What more is needed?

“Ohio has some fundamental changes that need to be made to get back on track in our fight against climate change,” Leppla said. “These include fixing our wind setbacks, prioritizing efficiency as a money- and energy-saving resource, and fixing our power siting board process to ensure renewables have an even playing field.”

Removing a 2014 provision that tripled property line setbacks for wind turbines “is the very first change that has to happen” after a full repeal of HB 6, said Sandy Buchanan, executive director of the Institute for Energy Economics and Financial Analysis.

“When the rules changed, it essentially froze the number of wind projects,” said IEEFA data analyst Seth Feaster. That caused communities to miss out on revenues, more financial stability, better credit ratings and indirect job benefits, he and Buchanan noted. Meanwhile, a lot of wind projects moved to other states that were more welcoming.

“A totally unregulated market is too open to the kinds of things that we’re witness to with HB 6,” Melink said. “Setting standards and rules is a good thing.”

“Businesses need some certainty that before they make investments to grow their businesses, that there are good laws that will be in existence for some period of time — that we’re not going to be going back and forth every year or two years, changing our minds about these things,” Melink continued. “No company is going to make a major investment to grow a clean energy economy with that scenario.”

Other concerns focus on how regulators and the courts have applied the state’s energy laws, including provisions that currently limit or preclude refunds of unlawful charges.

Even before HB 6 passed, for example, the Public Utilities Commission of Ohio allowed a credit support charge. The Supreme Court of Ohio found that the charge was unlawful, but declined to make FirstEnergy refund charges to consumers. A delayed repeal of HB 6 could also let utilities collect charges under the law.

Other pending legislation could make matters even more challenging for renewables. House Bill 246, for example, “does little to address the serious issues plaguing the PUCO and [Ohio Power Siting Board]’s opaque and inconsistent processes, especially as it relates to siting renewable energy projects in Ohio,” Leppla said. The bill could also make the Office of the Ohio Consumers’ Counsel more subject to political sway.

One or more bills to repeal House Bill 6 are being introduced next week, Skindell and Lanese said. But that repeal of House Bill 6 is not yet assured.

“Given the press of other business, repealing HB 6 is not a good idea because it would result in a rate increase for all Ohio ratepayers,” said House Majority Floor Leader Bill Seitz, R-Cincinnati. Seitz has pushed to limit or repeal Ohio’s renewable energy and energy efficiency standards since at least 2013. He and other House leaders have issued a joint statement saying they are reviewing the federal allegations and do not have knowledge of other representatives’ involvement.

“Repealing HB 6 doesn’t solve all of the challenges faced by clean energy companies or corporations trying to meet their sustainability targets in Ohio, but it’s a good start,” Tolbert said.

“We need to start from scratch,” said Sen. Stephanie Kunze, R-Hilliard. She added that the whole HB 6 process reminded her of baking a cake, in which supporters said “We’ll say that Ohioans want this cake, but really we want this cake, and you have to bake it for us.”

“We didn’t get a choice,” Kunze said. 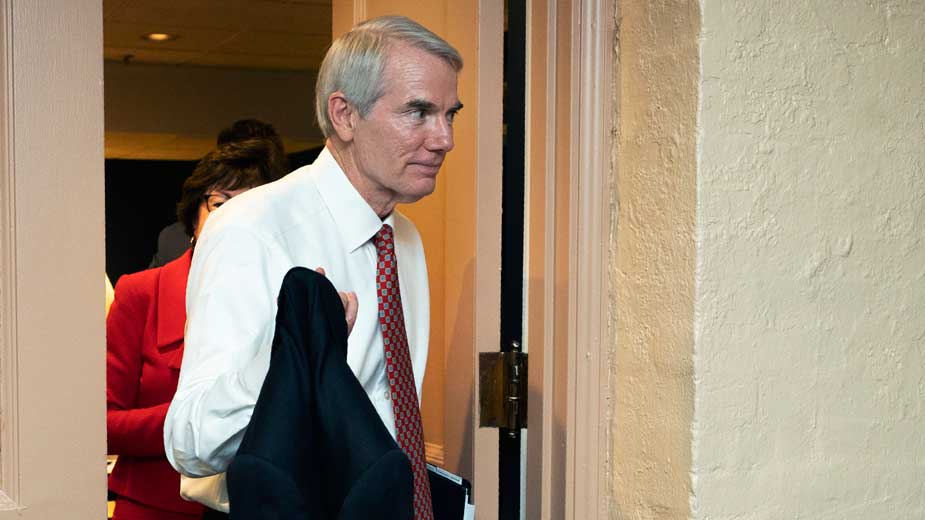 By LISA MASCARO and KEVIN FREKING Associated PressWASHINGTON (AP) — A bipartisan group of senators reached a tentative framework on a $953 billion infrastructure deal Wednesday ahead of a crucial meeting with President Joe Biden at the White House. Biden’s… 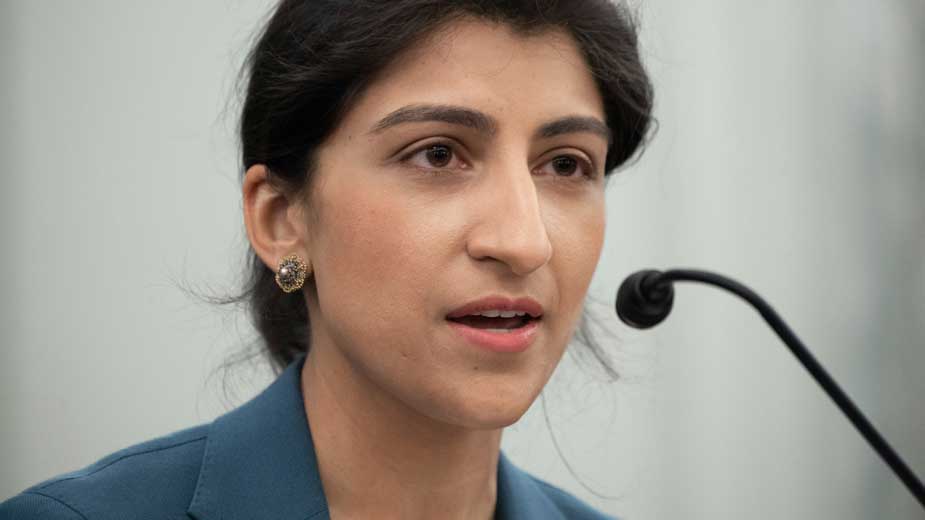 From Biden to Congress, Big Tech is under Mounting Pressure

By MARCY GORDON AP Business WriterWASHINGTON (AP) — Without speaking a word or scratching a pen across paper, President Joe Biden drove up the pressure on Big Tech companies already smarting under federal and congressional investigations, epic antitrust lawsuits and… 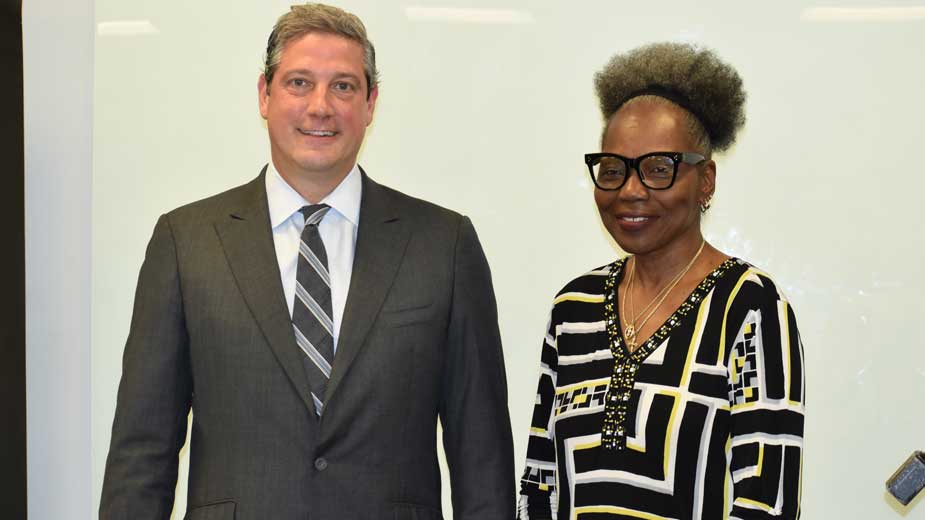 YOUNGSTOWN, Ohio – U.S. Rep. Tim Ryan said he wants to make permanent a new tax credit that will put up to $300 per month per child into the pockets of families. The tax credit, approved as part of the…