YOUNGSTOWN, Ohio – Residents of Park Vista of Youngstown will have to wait at least a month before they find out whether the North Side retirement community will move to address the now-closed underground parking garage.

Tenants last month filed a complaint for remediation of hazardous conditions at the Park Vista’s parking garage, which has been closed for about a year because of unsafe conditions. They also placed about $55,000 of owed rent in escrow.

“They didn’t do one thing [since closing the garage] to try to fix it,” Hunter Morrison, president of Park Vista’s tenants association, said. If the weak spots were reinforced, the parking area above the garage could potentially be used and parking in the garage could be safe as well. But that needs to be determined by an engineer, he said.

Lawyers representing Park Vista and its residents met behind closed doors for about two hours Thursday afternoon as about 40 people – most of whom were residents of the Fifth Avenue senior living center — waited in a Youngstown Municipal Court courtroom for a hearing that was scheduled to start around 2 p.m.

Instead, shortly before 4 p.m. Magistrate Meghan Brundege emerged from court chambers to say that no testimony would be heard that afternoon. She offered repeated assurances that attorneys representing both parties were working diligently behind closed doors to reach solutions.

“They have been making progress,” she said.

“We made progress in trying to frame the issues and how to get from A to Z,” said Robert Clyde, an attorney representing the Park Vista residents.

According to Clyde, Park Vista — which was purchased in early 2020 by Natick HCG LLC of Flushing, N.Y. — disputes that it is required to provide parking in the garage.

“We have a disagreement about the basic contract,” he said.

“It’s a complicated case. It involves a lot of issues concerning your rental agreements,” Brundage said.

A briefing schedule has been put together for attorneys that outlines what issues they need to research and for them to provide Brundage with their arguments regarding the repair and potential remediation of the garage and what options are available, as well as regarding the rental agreements, the magistrate said. A hearing the week of Sept. 14 is being contemplated.

“I suspect that in the end they’re going to be able to come to a mutually beneficial agreement,” she said. The funds in the escrow account will remain but won’t be added to.

Clyde told the magistrate that he appreciated that the escrow account would be maintained and expressed the hope that those funds eventually could be used by his clients to pay for the experts they will need to evaluate the garage structure.

“I appreciate your patience in allowing us to do the negotiations, which were not easy to get as far as we have,” he continued. “I feel badly for people who expected to have something of a hearing that they did not see that happening. It was not a ‘Judge Judy’ moment.”

The negotiations have not been – “and [were] not today – easy,” Brundage acknowledged.

Scott Salsbury, an attorney representing Park Vista, similarly expressed his appreciation to Brundege as well as to the residents’ attorneys for their efforts to get the matter resolved.

“I know there’s a group of people here and I know they’re probably not satisfied. I get that. But again, your lawyers did a noble, noble, fine job today championing your interests,” he said.

Not everyone shared Brundege’s optimism.

“We don’t trust them. Very few of any of the things they’ve told us have come to be,” Dick Rodgers said bluntly. He and his wife, Rita, have lived at Park Vista for seven years.

Park Vista, which was supposed to provide valet service last winter, instead, plowed in their spot, she continued. When they tried to go to church, her husband spent half an hour trying to shovel their spot out only to find their car unable to be driven because of ice accumulation.

“The car just sat there and spun,” Dick Rodgers said. The lack of easy access to their vehicle also inconvenienced them when his wife was ill for about two months and required multiple trips to hospitals and doctors.

Morrison acknowledged he was disappointed with the day’s events. To him and other residents, it seems “cut and dried” that Park Vista had agreed to provide residents with underground parking as part of the rental agreements they signed.

“They’re inconveniencing the residents,” he said. “They did it all winter and they’re on track to do it for another winter, violating people’s civil rights, violating common decency.” 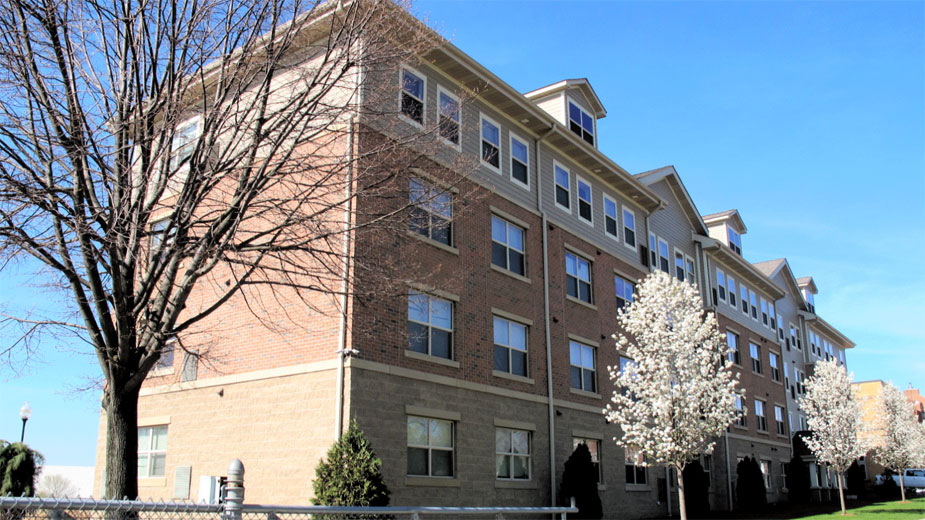 YOUNGSTOWN, Ohio – A private apartment complex near the campus of Youngstown State University, is scheduled for sheriff’s sale on Aug. 16, according a posting on Mahoning County’s website. The Flats At Wick at 139 W. Madison Ave. is among…