WARREN, Ohio — Nasheema Wade always wanted to work with children. But after pursuing an education in nursing for two years, she realized she could have a “full force impact” in the classroom, she said.

“Education is really the key of it all,” Wade said. “It starts in the classroom, so being able to work with the kids on the one-on-one level and just seeing them sponge-in that information and retain everything and the growth process is just amazing.”

This summer, Wade participated in the Inspiring Minds inaugural Summer Career Development program, in which she worked in Warren City Schools as an instructor and instructor’s assistant. During the eight weeks of the program, she worked with students from Pre-K through high school.

The experience inspired Wade to switch majors, and this fall she will begin her first year at Youngstown State University in Early Childhood Education and Intervention. It’s a change that she said would not have been possible without Inspiring Minds, which she’s been involved with since the eighth grade.

Wade is one of 19 students who took part in the career development program. Some of the students were on-hand for a program showcase Monday, during which they met with some 40 community members, Inspiring Minds staff and the organization’s partners.

The main purpose of the program is to show students that there are employment opportunities in the Mahoning Valley, and to connect them with employers who need to fill those jobs, said the program’s coordinator, Marvin Logan. The program gives students “valuable and relevant career experience” throughout the summer while earning a decent wage and experiencing being a young, career professional in the Mahoning Valley, Logan said.

The program placed 19 students ages 17 to 26 in paid internships with nine participating employers. Most of the students worked 30 to 40 hours weekly for up to eight weeks. Outside of the workplace, students participated in professional and personal development workshops, seminars and roundtables to learn to be a “holistic individual, a holistic citizen,” he said. It also gave them relevant job skills, such as writing a resume, interviewing and setting up a LinkedIn page.

A social component to the program included day trips and dinners that encourage the students to be “young, responsible, social individuals,” he said. “Someone who works and is engaged in the community cares about the community.” Outside of the main group, another group of five to eight students participated in the program’s development and social opportunities, but weren’t placed in internships.

The end game, he said, is to address the so-called “brain drain” where students graduate and leave the area for employment, he said. The program shows students that there’s a reason to stay in the Valley after graduation, or to return if studying out of state, he said. In addition, the program teaches students how to be future leaders and decision-makers, not just employees.

“We want young people who are going to impact and change this community in the future,” he said.

Inspiring Minds’ founder and CEO, Deryck Toles, spoke to the benefit of encouraging diversity in the workplace, which he said improves a company’s decision-making process. And that programs like this can help promote that diversity.

“When you have you come to a specific decision in your organization, that decision will be so much richer if the people around you are diverse,” Toles said. “The more diverse group of people who are in the room making the decisions, the better the decision will be at the end. That’s what this program means to me.” 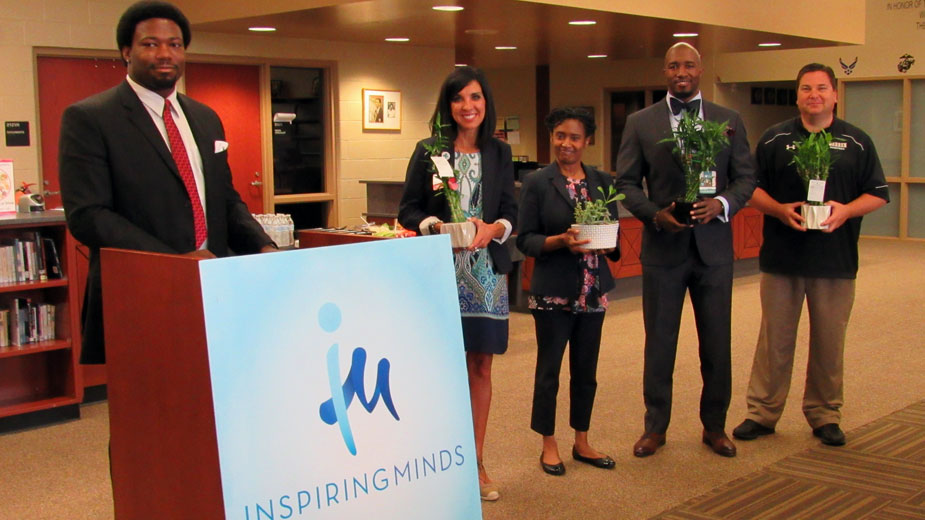 The program encourages young people “who may not look like typical leadership” to take those roles and be a part of the professional community, he said. Toles hopes Inspiring Minds can become the “go to group” for helping employers to find the employees that will bring diversity to their ranks.

“We’re going to have a pool of young people who have participated in this program and have valuable work,” he said. “And now you actually know what you’re getting. It’s not just a resume, it’s not just the first time you’ve laid your eyes on them, but they actually have experience with someone in this community.”

An undisclosed amount of funding from the Fund for Warren’s Future, The Raymond John Wean Foundation and Chick-fil-A Howland Commons covered the cost of the program. Placement employers also contributed by paying the interns a wage.

“That’s their skin in the game,” Logan said. “So in two, three or four years, they have a young person who’s ready to join their workforce and make a difference for their team.”

Mercy Health brought on two interns to fill a particular need at St. Joseph Warren Hospital. Angela Massacci, Mercy’s perioperative nurse manager, said there was a need to improve communication between staff and families of patients.

“Even though we had the ability of texting our families and letting them know what was going on with our patients, it was lacking that humanistic approach,” Massacci said. 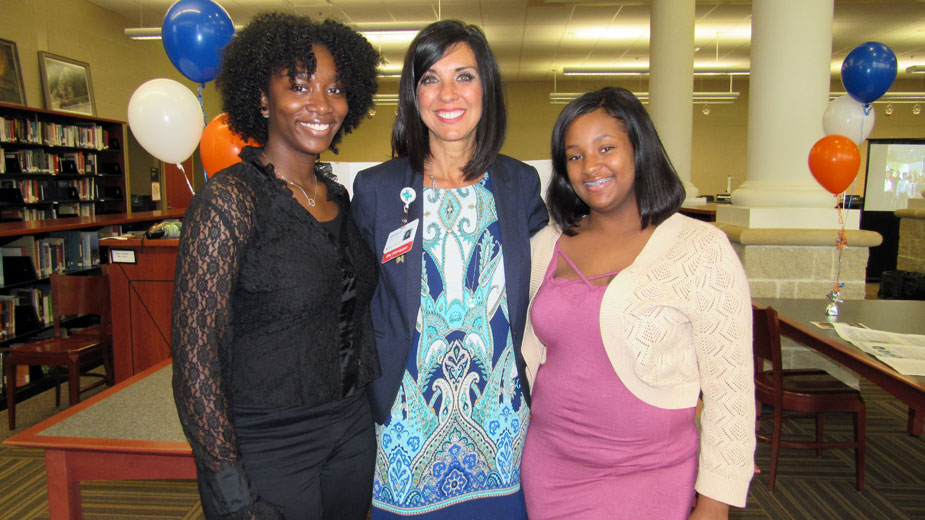 After attending one of Inspiring Minds’ gala events, Massacci “fell in love” with the program and its mission, she said. So when the need arose for improved communications, she reached out to Toles. Mercy created the position of Surgical Liaison, which was filled by Celeste Harris and Ma’Kenzie Warfield, two students who will be pursuing nursing degrees at Howard University in Washington D.C. and Kent State University Trumbull, respectively. Both are Inspiring Minds alumni.

“It’s exciting to provide a platform for these young interns who are going into nursing and to allow them the opportunity to see what it’s like to be in that professional realm,” Massacci said.

Warfield plans to become a registered nurse while Harris wants to specialize in pediatrics. Both said that the program helped put them on the path to making those plans a reality.

“Without it, I wouldn’t know where I wanted to go, what I wanted to do,” Harris said. “So they pushed me through and helped me to become the person I am.”

Other placement employers include 2 Ticks and The Dog Productions, AVI Foodsystems Inc., Inspiring Minds, The Raymond John Wean Foundation, Trumbull Neighborhood Partnership, Warren City Schools, Warren Municipal Court and Eastern Ohio Education Partnership, or EOEP. The partnership was also one of the planning members of the program, along with Warren City Schools, Mercy Health and the City of Warren.

“I truly appreciate the fact that the residents and employers of the community stepped up and made this opportunity possible,” said Stephanie Shaw, executive director of EOEP.

Shaw addressed those gathered and said getting involved was a “no brainer,” because of the value she got out of her own internships at Packard Electric and a local television station.

“All of these helped me set myself up so I could find employment after college,” she said.

EOEP employed its tracking and texting program, Summer Melt, to help find students internship opportunities and to communicate directly with them as they progressed through their internship. EOEP uses Summer Melt to maintain direct contact with local college students during their first year in school, she said. The organization keeps tabs on them and ensures they are getting all the support systems that they need to ensure the first year of school is a success.

Students can text back with questions, said Sarah Braun, EOEP’s Network Action Teams manager. It’s proven to be a benefit to students after they’ve graduated high school and no longer have access to their school counselor or some of the other resources, Braun said. EOEP sends reminders on when they need to make payments or deadlines for scheduling classes.

“It’s breaking down those barriers that sometimes we may take for granted,” Shaw said. “But especially for a first-generation student, they just don’t know what they need to do. So providing that support has been huge.”

“He did all of the research to make sure that the information we were providing via the text messaging was information that could impact a student’s learning,” Shaw said. “He also communicated with the students via text messaging.” 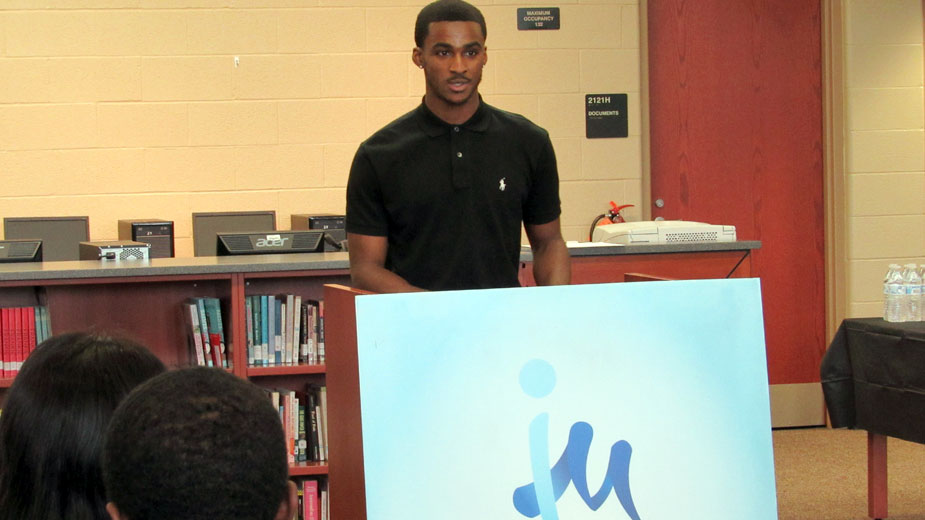 Marcus Boomer speaks to those gathered about his experience working at EOEP.

In addition to managing the texting app, Boomer gained work experience in skills relevant to his major, including public speaking, use of multimedia platforms and social media management for business. Boomer looks to graduate in December and find a job locally in public relations, he said.

“A lot of the things I learned in my 90-day program are things that I can put on my resume for future employment,” Boomer said.

Inspiring Minds’ Logan said he’s encouraged by the success of the program’s first year. They received 30 applications, and more students are already reaching out about participating next year, he said. Next year, he hopes to place 30 to 40 students for the summer and eventually get to the point where the organization can place upward of 100 annually, he said.

“I think we’re really building something that’s going to be a stable, viable option for the future of our community,” he said. “We’re going to have an opportunity to really grow here in the future.”

KSU Trumbull’s dean and chief administrative officer, Dr. Lance Grahn was on-hand to meet with the students and speak to those gathered. He said he hopes to have the university involved with the program next year and is already discussing some ideas with his staff on how to get involved.

“To the public, I’m making a commitment that we want to be a part of this program as well,” he said. “Support this work in Warren. Support this effort to help our young people, and to help us older people see the great possibilities and see the great potential that exists in this wonderful community.”

A full list of participating students and their employers include:

Pictured above: Nasheema Wade decided to pursue a career in education after participating in Inspiring Minds’ Summer Career Development Program.

By Gerri JenkinsExecutive Director, MyPath WARREN, Ohio – The 2022-2023 school year is one of growth and change for MyPath Mahoning Valley.  The nonprofit organization provides support to students in the Campbell, Warren and Youngstown city school districts who seek…

By NICK HILDEBRANDGCC Senior Editor, Marketing and Communications GROVE CITY, Pa. – With the completion last year of a $9 million renovation of Henry Buhl Library, Grove City College demonstrated that it is possible to preserve a campus landmark while…