JACKSON-MILTON, Ohio – Dominic Crago, a recent graduate of Jackson-Milton High School, brushes off the epithet “extraordinary” despite having a résumé that outshines most adults.

Crago has founded his own flood cleanup business, completed Army basic training and begun to train as a junior firefighter – all within his last year of high school.

“They weren’t necessarily Army stories. She told me about the kind of person he was,” Crago says. “He seemed like a really good person and my mom had a really good connection with him.”

Crago completed the 10 weeks of basic training at Fort Jackson, South Carolina, last summer at age 17. Basic training was hard, he says, but no harder than he expected. He wasn’t deeply affected by the grueling physical and mental aspects, he says, but instead by being away from his close-knit family. That took a toll. “Being away from my family was harder than I expected it to be,” he says.

This September, Crago will attend Advanced Individual Training at Fort Lee, Virginia, for 14 weeks. From there, he’ll have six years of reserve service and two of inactive service. As a member of the Army Reserve, Crago will serve one weekend a month plus two weeks a year.

He decided to take a less perilous route as a water treatment specialist – a career that aligns with the sewage and flood cleanup business he started a few months ago. He was inspired to start the business by his father and brother, both of whom are plumbers.

After a flood or sewage backup, homeowners are left to clean up the mess and some opt to hire a cleanup company. He heard stories from his father about the aftermath of floods and sewage in his customers’ basements. Crago realized there was an opportunity. His father has several connections with landlords and property owners and Crago could easily compile a list of potential business contacts. He then created Crago’s Cleaning Service, which he runs with his brother.

Crago joins the small percentage of business owners who fall under the age of 34. According to the U.S. Census Bureau, over half of U.S. businesses owners in 2020 were 55 and older. Only 6% are 34 and younger, although young entrepreneurs are on the rise. Over half of young adults under the age 25 said they hoped to own their own business in the next 10 years, according to a recent study of over 6,000 participants conducted by EY Consulting.

Despite the frequent long days of juggling high school while running a business, Crago says he loves being able to help people. He focuses on flood and sewage cleanup but also cleans vacant houses and pressure-washes driveways. He says there’s a satisfaction in turning disaster around and giving his customers a clean home for a fair price.

“I just want to be able to help people out and not rip people off like a lot of businesses do,” Crago says.

To round out his résumé, Crago is a junior firefighter for the Weathersfield Fire Department. He describes it as “job shadowing” and can respond to calls and attend training sessions with the department, although he’s not actively fighting fires yet.

The junior firefighter program is a twofold initiative for the department – it helps teenagers to figure out if they want to join and it gives the department a few more hands on deck.

Weathersfield Fire Chief Thomas Lambert says volunteer departments frequently operate without enough staff and volunteers are becoming harder to find. Programs like the junior firefighters cultivate interest in the fire service to recruit firefighters for the long haul. Lambert himself started as a junior firefighter in 1985 and worked his way up to chief. He says numerous other firefighters started in the same position as Crago.

Junior firefighters can only do age-appropriate tasks, Lambert says. Minors are more limited in what they’re allowed to do. But, he says, everyone in the program is treated like any other member of the department.

“Everything we do, he’s part of the team. They’re treated as complete equals,” Lambert says.

He says Crago is a “quiet but interactive kid. He’s always willing to jump in and help however he can. He’s loyal to what he does.”

Once he returns from his service, Crago says, the department will send him to a fire academy to become certified as a firefighter. He plans to pursue certification in fire and emergency medical service.

Of all of Crago’s pursuits, he says he’s most passionate about his business and he’s in the process of setting up an LLC. He has no plans to expand and wants to stay local to keep close to family, he says.

Keeping a packed schedule can be stressful, Crago says, but he’s glad he has more than one option to choose from. He has the opportunity to not just have more than one career throughout his adult life, but several.

Crago says each part of his busy life has a pivotal role. “I think everything I do has its own part in who I am,” he says.

He says more people his age should try to get their “foot in the door” of different careers. “It shows you like a whole lot of different pathways you can take. If I want to go back to the Army, I can. I already have basic training done,” Crago says. “With firefighting, I have my foot in the door already for that. ”

Pictured at top: Dominic Crago is a recent graduate of Jackson-Milton High School and the owner of his own business.

Health District Initiative to Improve Quality of Life for Residents

YOUNGSTOWN, Ohio — The city of Youngstown is hoping to address social detriments of health for residents by focusing on each side of the city and its unique needs. The Ohio Department of Health developed Ohio Health Improvement Zones to… 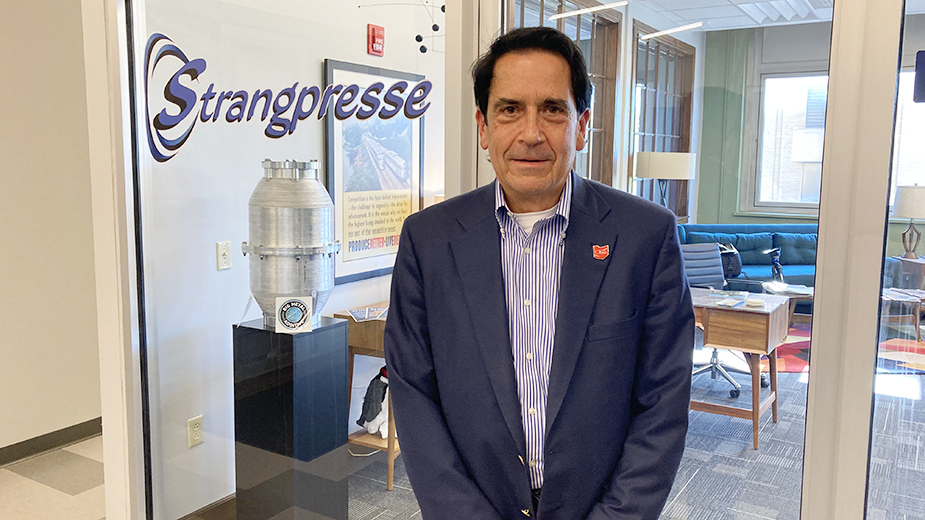