YOUNGSTOWN, Ohio – As the Public Library of Youngstown & Mahoning County prepares for the June 11 grand reopening of Main Library, work on the $25 million renovation project remains largely on track.

Contractors are completing the third and final phase of the project, which includes construction of the 6,000-square-foot addition that will house the new event center and culinary literacy space, renovation of the grand reading room in the original building and restoration of the staircase at the Wick Avenue entrance, which will again be available for use after the reopening.

The library’s new main entrance will connect the addition and the existing building.

“We are definitely in the home stretch,” said Amy Fifarek, PLYMC’s director and CEO, said during an interview last week. Overall, the project has gone “very smoothly” despite the complications that arose from the COVID-19 pandemic.

“We always have to adapt and sort of work on the fly with creating new solutions, but there have been no major surprises that have been insurmountable,” said historic preservation architect Paul Hagman, president of RBF Colab Architecture & Design in Youngstown.

Shelving and furniture have arrived for the grand reading room and are being installed, Fifarek reported. Installation of the presentation system for the event center, including a 90-inch monitor, is among the final pieces. Kitchen equipment is being installed in the culinary center space and student tables have arrived.

Also, the foundation for the Wick Avenue stairs is being poured and the final stonework will begin soon.

“The wonderful thing about this building is that there’s so much more space for people, and small and larger meeting spaces,” Fifarek said. “We have eight study rooms on this floor that seat four people, we have a midsized conference room, as well as our boardroom, and then, of course, the event space.”

The library CEO acknowledged there would be a few items left on the to-do list following the grand reopening next month. Frequent rains have kept grass from being planted. Replacing the sidewalk, left damaged by multiple construction projects over the years, will have to wait until after the opening. Installation of the culinary garden probably will be delayed as well.

“A lot of the things that will remain to be done are directly related to supply chain issues. It is going to be some time before we have all of our wooden doors,” she said. Steel doors will be used until the wooden ones arrive

“That’s what happens when you renovate a building during a pandemic. You have to deal with all the interesting twists and turns that come along,” she added.

The original project timeline was about 18 months. That timeline got extended with the addition of the historic staircase, as well as supply chain issues.

“The ground was broken on this project in August of 2020, so still the height of the pandemic, and it’s going to be completed by mid-June, less than two years,” Maggie Henderson, PLYMC’s strategic communications officer, said. “It’s pretty incredible when you consider.”

Fifarek agreed. She credited architects, the construction management team and contractors for their efforts to keep the project on schedule and find replacements for materials that were now too expensive or completely unavailable. Contractors also were able to pre-order many of the materials they needed for the addition, permitting the project to avoid most of the cost increases related to steel.

“It’s really been the last mile of this project that has been most impacted by the supply chain,” she said. Alternate vendors needed to be found for the monitors to be installed in study rooms, for example.

The transformative effect of the historic preservation work is “far exceeding my expectations,” particularly the work done in the past few weeks to restore the historic staircase at the long-closed entrance on Wick Avenue, Hagman said.

“Just the impact, the visual impact, that has on Wick Avenue has been incredible,” he remarked. He also predicted the public would be “really amazed at the transformation of the interior of the original building.”

The June 11 reopening event will run from noon until 5 p.m. and kick off with a ribbon cutting, Henderson said. After that, the building will be open to the public. Features and activities will include live music, food trucks and tours led by library staff and architects.

“There’s a lot to explore,” she said.

Main will be closed the week before the June 11 event for a weeklong in-service, Fifarek said.

“In part, it’s going to be about staff training. This is a very different building than before, and it’s very different from our other buildings,” she said. “There’s a lot of new technology, so we’ll be going over the new service model and teaching folks how to use the new technology and addressing all the processes and procedures with the new building.”

Additionally, construction and maintenance teams will be performing final touch-ups before the reopening. “We want it to look fresh and clean for the big opening,” she said.

One of the most exciting aspects of the project to Hagman is the restoration of the inscription, “For the People,” above the bronze doors at the Wick Avenue entrance.

“That just really underscores the welcoming aspect of that,” he said. “People are meant to utilize the library and feel as if they can come in and use the resources.”

Fifarek characterized the transformation of Main Library as “breathtaking.” She noted the grand reading room was “the loveliest space in the building when it was originally built,” with its light well from the skylight, which has been re-exposed and restored as part of the renovation.

“Everything is clean and repainted. The plaster work has been amazing to see,” she said. “Also in that space, we’ve brought down the shelfing so you really get a lot of natural light in from the windows and we have comfortable furniture arranged in small groups, so it really is the readers’ haven it was meant to be. I’m very excited about that space.”

Fifarek also acknowledged she was skeptical about connecting a modern-looking addition to a historical-looking building.

“I wasn’t sure how that was all going to play out,” she said. “But I am so pleased with the results because it really shows that we are bringing Main Library into the 21st century and opening the new chapter of the Public Library of Youngstown & Mahoning County.” 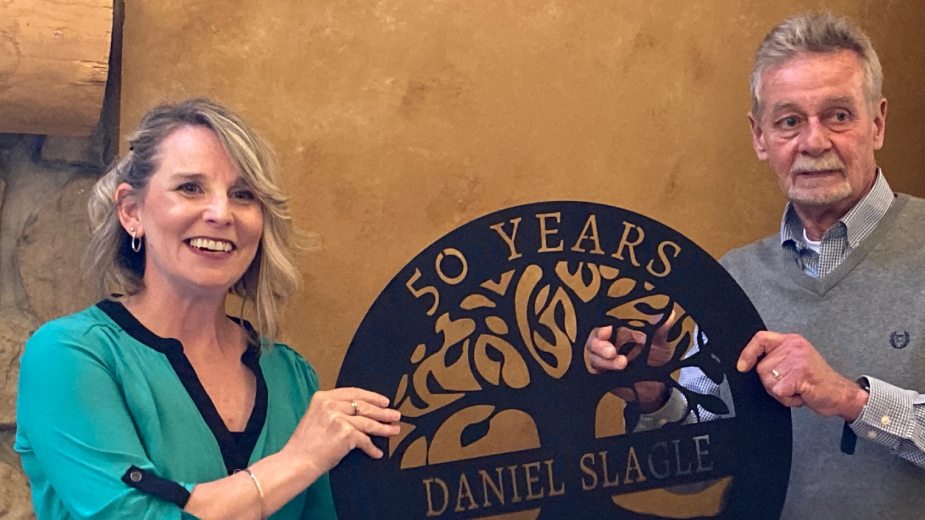 BOARDMAN, Ohio – Boardman Park has long been known as “The Green Oasis,” and it is a truly accurate description. The 243-acre space sits in the middle of one of the Mahoning Valley’s busiest strips for commerce – and traffic.… 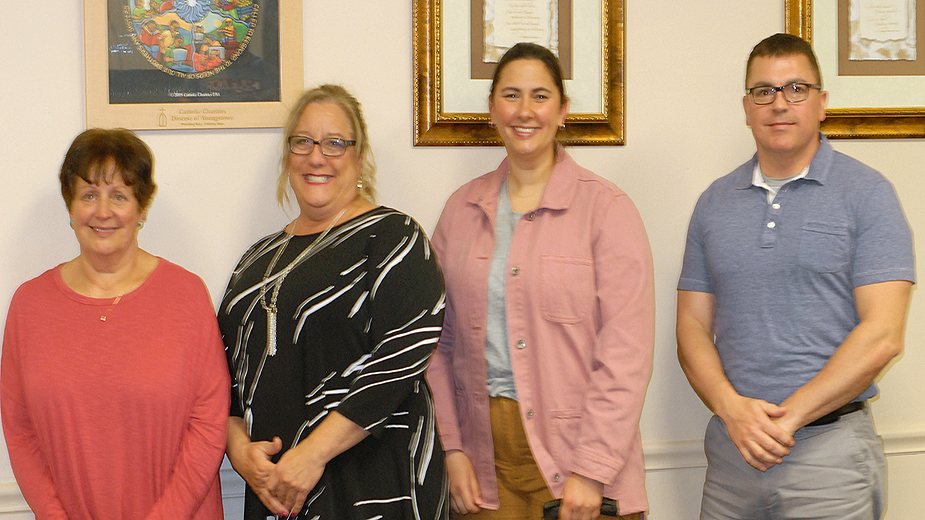 YOUNGSTOWN, Ohio – A few local landlords are stepping up to potentially help local agencies house their clients amidst a tumultuous housing market. Leaders of the Catholic Charities Regional Agency, the Mahoning County Homeless Continuum of Care and the Mahoning… 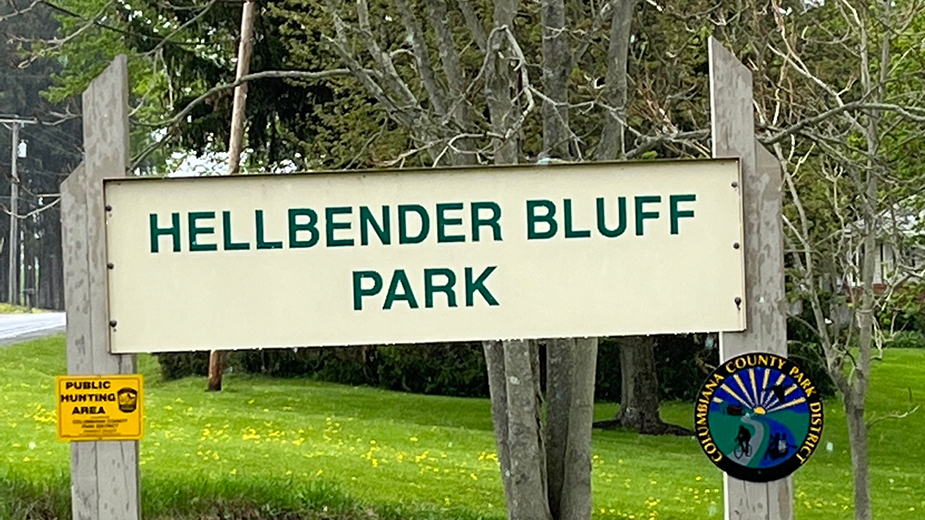 LISBON, Ohio – With 950 acres of park area and 17 miles of bike trail to maintain, the Columbiana County Park District is trying to increase its revenues. And one commissioner says the district could be broke within three years…