BOARDMAN, Ohio – Businesses that decades ago set up shop along the most travelled corridor in Mahoning County say they always had a hunch commercial activity would skyrocket along U.S. Route 224.

Time has proven them right, even as some of the big-box retailers that once dominated this strip have shut their doors. Over the last 40 years, the main business artery that links Poland, Canfield and Boardman has become the center of retail, restaurants and professional services that today serve the entire region.

“When we first came over in 1979, there wasn’t much going on at all,” recalls Jay Curry, vice president of Do-Cut Sales & Service Inc. at the intersection of U.S. 224 and South Raccoon Road in Canfield. “But, we knew it was a good location. We saw that this strip between Canfield and Poland would grow and grow.”

The company, founded in Warren in 1947, sells and provides service for outdoor power equipment. Forty years ago, the owners opted to expand into Mahoning County and selected the present site because of its proximity to state Route 11, allowing easy access from Columbiana County to the south and Youngstown to the north.

“We were right next to the highway,” he says. “It’s been a growing experience for us and the entire 224 sector.”

During the late 1970s, there was little of the development seen today along this part of the thoroughfare. “There wasn’t anything looking to the east” toward Boardman, he recalls, noting much of it was vacant land that proved more accommodating to businesses such as a driving range than the multi-use development there today. “It’s changed dramatically,” he says.

Do-Cut thrived at the location until 2011, when a devastating fire ripped through the business, destroying the entire building, Curry says. Within a matter of months, the company was back in business, operating from a leased building farther south along 224 in Boardman.

This year, however, Do-Cut has returned to its original location with a larger showroom and service department, Curry says. “We’ve added people, it’s a larger facility, and has better parking,” he says. 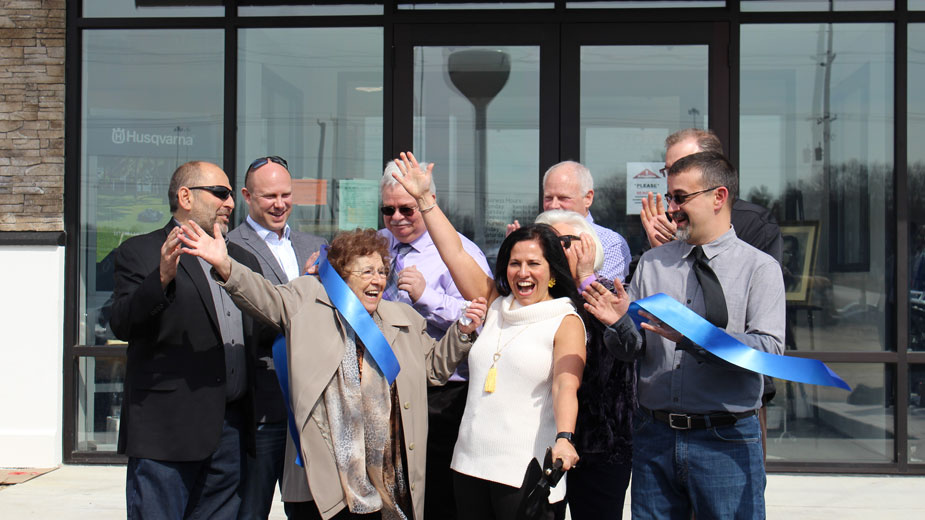 Eight years after a fire destroyed the Do-Cut store at the corner of Route 224 and Raccoon Road, the company returned to the site earlier this year.

“It’s been a very good relationship with the community and a great fit,” Curry says.

Infrastructure improvements have also helped with traffic near the 224/state Route 11 interchange, Curry says. “They’ve widened the roads near the intersections, added turning lanes,” he says. “So far, it’s been excellent. We’re happy to be back in Canfield and appreciate the chance to come back.”

Among the longest-running businesses along the corridor is Butter Maid Bakery, which opened in 1955 and was among the earliest tenants in the Boardman Plaza.

“Before 1955, we operated as the Steelton Bakery on Steel Street in Youngstown,” says Jeff Naumoff, owner of Butter Maid Bakery. Naumoff is the fourth generation to operate the bakery, which traces its roots to 1903 and horse-drawn delivery wagons.

The bakery moved to the Boardman Plaza 64 years ago, where it produced its signature homemade kolachi. In 1984, the business moved to the Southern Park Mall, as foot traffic gravitated there. “We changed with the times,” he says.

Five years ago, however, the business returned to the plaza, not far from where it started in 1955, Naumoff says.

“It was a perfect fit,” he says. “Our internet business was growing and it was hard to serve that business from the mall. At the same time, we wanted to serve our local customers.”

Butter Maid has carved out a big business selling kolachi to customers from all over the country, Naumoff says. “Kolachi is 80% of our business,” he notes. “We’re now making 17 flavors.”

He reports business at the small bakery is “excellent,” as the Boardman Plaza location is more accessible for patrons today.

“The business has always adapted, and we’ve seen a lot of mom-and-pop stores come and go. So, we’re fortunate.” 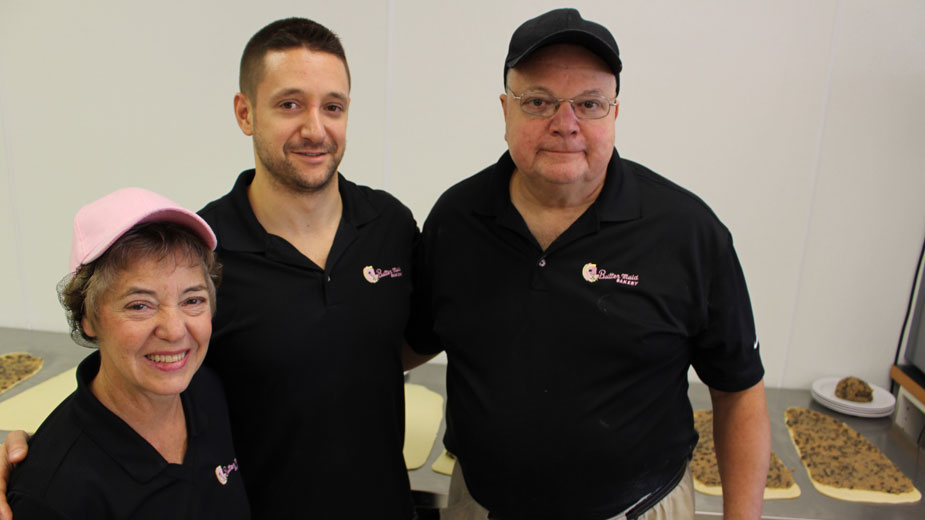 Others who have witnessed the corridor change over the decades say that there isn’t a better place to operate their business – even in some of the more mature sections of the commercial district.

“When we came here, our part of the 224 corridor was still pretty busy,” says Carmen Amadio, owner of Tesone’s Boot and Shoe Repair, 170 Boardman-Canfield Road, Boardman. “There was not a whole lot of room to build here.”

Tesone’s has done business from the location since 1981, when the boot-and-shoe-repair shop relocated from Market Street, Amadio says. His grandfather started the business during the 1930s at the corner of Oak Hill and Myrtle avenues in Youngstown.

It was this section of 224 that developed first, anchored by Boardman Plaza to the west and Southern Park Mall to the east, Amadio says. The building was built in 1965 as a hot-dog shop and did business as a submarine-sandwich restaurant when he bought it in 1981.

Over the years, the corridor has served small retailers and service businesses such as Tesone’s well, despite the thoroughfare being a magnet for chain restaurants and national stores with much deeper pockets, Amadio says. “It’s still busy today,” he says.

Much of Tesone’s business is driven through word-of-mouth and reputation, Amadio says. Moreover, his business relies on specialty services unavailable everywhere.

“The shoe-and-boot-repair business has gone down over the past 20 years, since people are buying much cheaper shoes,” Amadio says. As such, the company has diversified by selling footwear dedicated to a specific population, such as providing shoes for those who suffer from diabetes or other conditions.

“Every once and a while, I have people come in and ask me about selling,” he says. “But the more I think about it, where am I going to go? This is a great location for what I do.”