By George Nelson
LORDSTOWN, Ohio — As officials with the startup Lordstown Motors Corp. considered possible names for the electric truck the company plans to manufacture here, they wanted something that reflected the people who would be using it and who would be making it.

The word that came to CEO Steve Burns’ mind was “grit,” which he didn’t think would be a good name for a pickup truck, but he still wanted something that evoked the determination and endurance of workers here.

“This is a working man’s truck that they’re going to be making, so we wanted to name it for them, their endurance,” Burns said.

Burns, joined by other Lordstown Motors officials and community leaders, discussed plans to produce the electric truck named Endurance during a press event one week after the company announced it had acquired the former General Motors Lordstown Complex.

The goal is to bring the first electric pickup truck in the United States to market, Burns said. Plans further down the road call for developing midsize trucks and sport utility vehicles using the technology, he said.

“It’s really a perfect place,” Burns said. “It might seem like an odd place to bring electrification to, but really it’s a perfect place.” The plant is “a gem of a building,” containing “state of the art machines.” But most important, the startup was attracted to the available workforce as much as the factory.

The company is raising capital and expects to soon begin an estimated six-month process to retool the plant, where the company also will be headquartered, to begin producing the Endurance in late 2020.

In the next two months, close to 2,000 contractors will be inside the plant to retool the machinery, said Rich Schmidt, chief production officer. He predicts the plant could produce 500,000 vehicles with “very little modification” to the plant.

Schmidt is a 30-year veteran of the industry, having worked with at least five startups and at 60 car plants across the world. That resume includes four years at Tesla.

“This vehicle has more potential than that, honestly. It fits a segment Tesla really can’t,” he said.

The plant expects to employ about 400 workers once it begins production , but Burns anticipates that figure growing to perhaps just under 5,000 as it gears up to full production of three shifts. “We didn’t buy a big plant like this to have just 400 folks in here,” he said.

Lordstown Motors has about 6,000 orders and Burns expects that number to grow dramatically. The company wants sales up front to let Schmidt know how much to tool for. “The more we know up front, the more we can tool here and the faster the jobs come,” he said.

Rather than a traditional gasoline or diesel engine or electric motor, the design employs four hub motors, which is “much more simple than any other power train,” said Darren Post, chief engineer.

“We’ll have a much higher durability vehicle,” Post said. In addition, the design affords a front-locking compartment where the engine would be and exportable power from the large battery that can be used to power tools.

Lordstown Motors represents a homecoming of sorts for Post, who worked on the Cavalier and Sunfire, which once were produced at the plant. “Coming back to this is very special to me,” he said.

“We think that there will be an awful lot of interest in this deal,” Gibbons said.

“This plant changes everything for us. We are that much further ahead than Tesla, for instance, when they started.”

Burns has cited a $300 million figure for the capital raise, but Gibbons puts the figure north of that. “Just for safety reasons, we’re going to raise quite a bit more than that,” Gibbons said.

“What you have to do when you start a business is fund the losses in the early stages,” he continued. “If we start with 10,000 vehicles in the first year, we’ll make money on construction of those individual vehicles but the overhead will cause a loss. … We need a safety margin that’s large enough to make sure we don’t run out.”

The intent is to employ union workers at the plant. No meetings have been held with United Auto Workers leadership, but “we’re scheduled to soon,” Burns said. Lordstown Motors also is inviting suppliers to locate within or near the complex.

Company officials will develop the plan for the plant over the next few months and begin the retooling process, which should take about six months, Schmidt said. The condition of the plant gives the company about a year of lead time.

“It’s extremely rare to get a plant like this. It’s a great jumping off point because we’re in a hurry,” Burns said. “We’ve been engineering for a long time but having a fully stocked plant, a fully functional and up-to-date modern plant, that jumping off point saves us years and of course a lot of capital.” The plant was built for volume production of vehicles “and we intend to get to volume as soon as possible,” he said.

“This is an incredible opportunity,” affirmed U.S. Rep. Tim Ryan, D-13 Ohio. “You know the recent history of this facility. There’s a lot of heartbreak around the community and this is a huge bump for us.”

“When you’re with Steve, you realize something: This guy is magical,” said state Sen. Michael Rulli, R-33 Salem.

Building the company’s leadership team was the aspect Burns thought would be the most challenging, he said. Because of the excitement surrounding the project and the Mahoning Valley’s relative proximity to Detroit, “We were able to attract some world-class folks,” he said. Lordstown Motors drew its leadership from GM, Ford, Chrysler and Tesla.

Ryan described the Lordstown Motors team as “world class,” and pointed out local leaders in the room Thursday were involved with the effort to bring the HomeGoods distribution center project to Lordstown as well. “This is going to be the team that helps make you successful in the future,” he said.

The congressman said he was encouraged that none of Burns’ team wore ties, “which means they know what the hell they’re doing,” he joked.

YSU President Jim Tressel pledged that the Mahoning Valley’s educational institutions would “make sure that that gritty, endurance-type workforce that we’ve had in this Valley for so many decades will continue to turn out” to ensure that Lordstown Motors has the workers it needs.

“We’re interested in doing something that people aren’t sure we could ever do,” Tressel said.

Elected officials already are looking at ways to assist the startup. Ryan said he is in discussions with U.S. Reps. Bill Johnson, R-6 Ohio, and Brad Wenstrup, R-2 Ohio, about supporting an application for the company to the Advanced Technology Vehicle Manufacturing Loan program.

State Sen. Sean O’Brien, D-32 Bazetta, said the Mahoning Valley’s delegation to Columbus would meet with the state administration in the next week or two to discuss how the state might assist the project.

“We’re looking at a couple different things,” Rulli said. “We’re going to wait for Mike Gibbons to get all the funding done and then whatever holes are left over, that’s where Sean and I are going to step in.”

Gibbons said he has made the case to every politician who will listen that this outcome is better for the Mahoning Valley than if GM had assigned a new vehicle to the Lordstown plant. In the past, locals would have to wait to find out whether Detroit would assign the plant a new product and what that product would be. 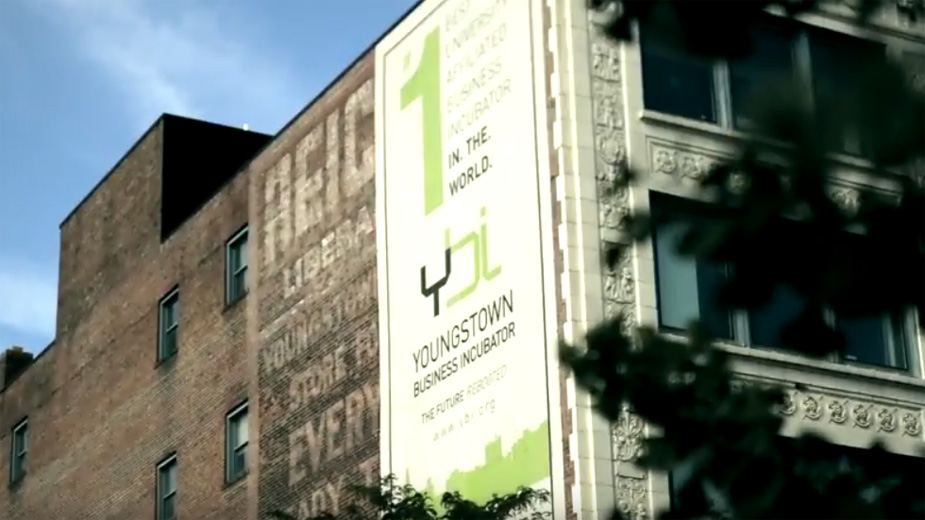 YOUNGSTOWN, Ohio -– Former United Way of Trumbull County executive Ginny Pasha will focus on supporting business development in northern Trumbull County and Ashtabula County in her new role with the Youngstown Business Incubator. The initiative is being funded through…