YOUNGSTOWN, Ohio – As the final Chevrolet Cruze rolled off the production line at the General Motors Lordstown Complex March 6, it represented not just the end of 50-plus years of building cars in the Mahoning Valley, but a shift in the industry that was years – decades, even – in the making.

Although just one cog in the machine that makes up the automotive industry, plants such as GM Lordstown are a crucial one, both to their respective companies and the communities that surround them.

“For every job at an assembly plant, you have nine others in the economy,” says Bernard Swiecki, assistant director for the industry, labor and economics group at the Center for Automotive Research in Ann Arbor, Mich. “It’s not just suppliers, it’s everything including automaker and supplier employees paying tax-enabled jobs, or spending their paychecks on retail, restaurants and services.”

Not all estimates put the job multiplier so high – federal studies have put the effect at between four and five – although the effect is greater where the industry is centered, say Greater in Detroit or Ohio, than in places with sparse industry presence, such as the Dakotas.

A 2011 study by center examined the economic impact of Hyundai’s manufacturing and dealership operations in the United States, finding that the Korean company employed just shy of 5,200 through its engine plant and assembly in Alabama and affiliated suppliers, a figure that jumped to 33,000 when considering intermediate and spinoff jobs. Combined with its employment via dealerships – just north of 61,000 – Hyundai generated $5.9 billion in wages and contributed $7 billion to the U.S. gross domestic product.

As investments in auto plants often stretch into the billions of dollars – the Hyundai plant was a $1.7 billion project – shuttering them isn’t a decision that happens frequently or lightly.

“Nobody wants to lay people off and nobody wants to close a plant because that’s conceding that you’re never going to be at that capacity,” says Jon Gabrielsen, founder of J.T. Gabrielsen Consulting. “It says, ‘We have failed,’ because we used to make X many vehicles and now we can’t sell that many any more, which means that [Fiat Chrysler Automobiles] and the Japanese and Korean brands got them. It’s a failure when you close anything.” 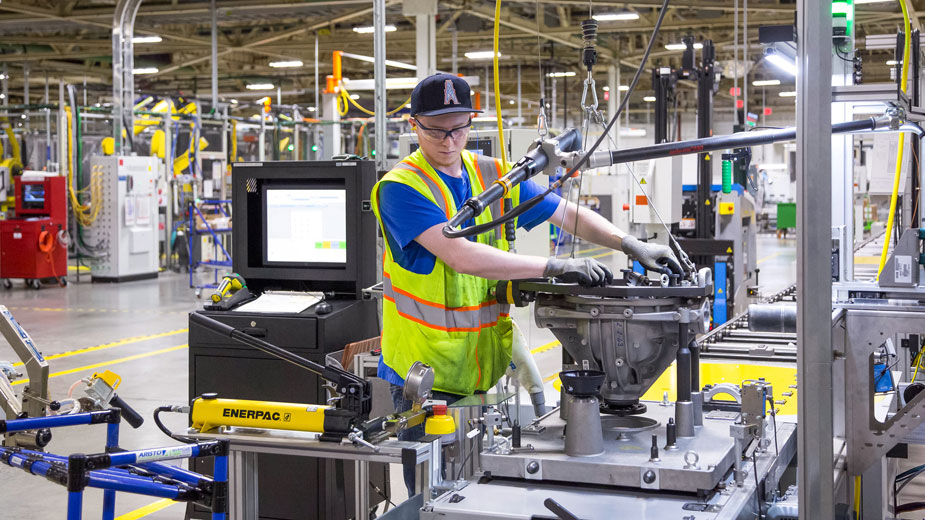 Among the list of automakers Gabrielsen has worked with includes all three American automakers, BMW, Volkswagen, Honda, Nissan and Toyota, as well as suppliers such as Magna and Goodyear. When the decision is made, he says, it’s one that’s often been in the pipeline for years.

“A typical vehicle, before it drives off the line, has been in the process for four years. You know at least what you’ll have on the market in four years,” he explains. “You probably don’t have to make the decision on where you’re going to build something until roughly two years in advance as you prepare for the equipment.”

With production ended at GM Lordstown, and nears the end at the Detroit-Hamtramck and Oshawa, Ontario, plants, it’s possible that General Motors hasn’t assigned them “red dots” for permanent closing.

“There’s the hope that you’ll be able to find a way to get volume back up again,” Gabrielsen says. “It’s more likely that [Lordstown] had a yellow dot on it, which says, ‘I hope I can turn this around but if I can’t, it turns red.’ ”

As of March, GM was the only one of the Big Three automakers to announce the plant closings. Ford Motor Co., meanwhile, announced in October an $11 billion restructuring plan that is expected to target its operations in Europe and could affect more jobs than the GM moves, which eliminated some 15,000 positions.

“It’s just GM so far. We don’t know that there won’t be companies making similar decision in North America. With Chrysler, they have in Brampton, Canada, a very vulnerable plant there that’s considered at risk for closure,” says Swiecki from the Center for Automotive Research. “Ford has not yet announced a broader restructuring plant, but they may announce something that includes plant closures. You can’t assume no one else will just because GM is the only to have done [it] so far.”

Even the move to retool a plant, as has been suggested by supporters for GM Lordstown, is a massive undertaking. That investment could reach $1 billion, he continues, and would require a long-term commitment.

“You have to have that vehicle run for years just to make back what you spent on retooling, nevermind what you spent on product development,” Swiecki says. “That makes it very complex to decide how many plants you’ll need and what vehicles they’ll make.”

Driving these decisions are expectations of the future and their past experiences. A decade out from the Great Recession and standing on the precipice of bankruptcy, American auto manufacturers know that another downturn is on the horizon.

“In the past, they were criticized for waiting until an economic crisis took place and you had calamity. They wouldn’t respond by laying people off, closing plants until it was well along,” he says. “Now that everyone’s anticipating the downturn, they’re trying not to be in that position.”

At The New York Times DealBook Conference in November, about three weeks before GM announced the Lordstown Complex would be “unallocated,” CEO Mary Barra acknowledged as much.

“The auto industry has traditionally been very cyclical. We’re eight years out from [the Great Recession]. They’ve been predicting [a downturn] for three years, so all I know is we’re one day closer,” she said. “When you look at GM’s history, we’re working hard to prove every day that we’re a different company and we’re positioned well for the future and positioned to outperform in a downturn.” 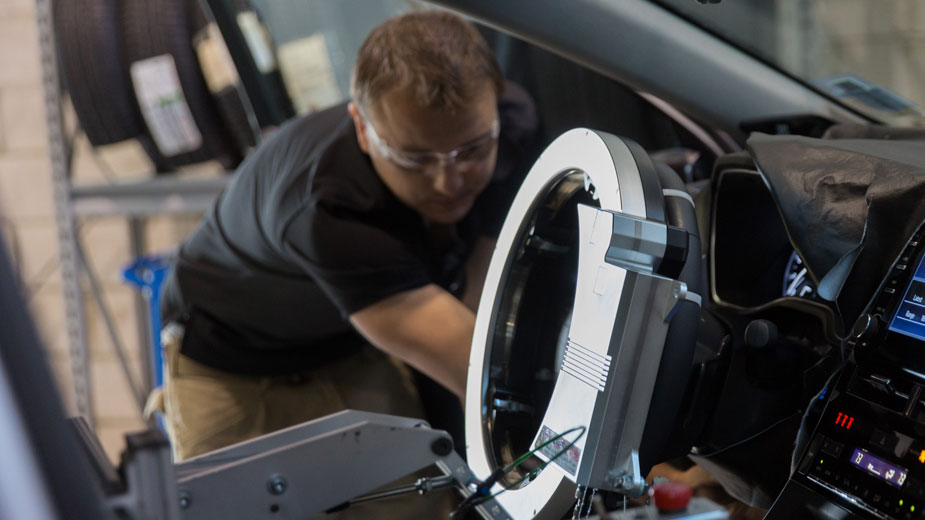 The general agreement is that the next recession will hit the United States in 2020 or 2021. For car companies, that means planning and shoring everything up needs to happen now. In the lead-up to a recession, it’s often big-ticket items that suffer first.

“Right now, the auto industry is going through a massive transformation, but in terms of sales, things are still very strong,” says Jeremy Acevedo, manager of industry analysis for Edmunds. “For 2019, we’re expecting a small decline in sales overall, which is going to disrupt what’s been truly unprecedented levels of sales. For the past four years, they’ve been above 17 million, which is a feat the industry has rarely achieved.”

But, even beyond a looming recession, the industry is approaching an affordability crisis, Acevedo points out, as American automakers’ push toward trucks and SUVs, the Federal Reserve raised interest rates four times in 2018 and expects to do so twice this year, and average new-car prices are pushing toward $37,000.

What will also enter the picture, Gabrielsen adds, is the saturation of the market. The auto industry’s main customer base is everyone between the ages of 16 and 65, he says. The problem is that the market is already hovering right around two cars per household, as it has for decades, and there isn’t a population to readily replace those who age out of the market.

“The next peak might not be any higher than the peak around 1978, ‘79. We’re getting back to not having more people in that 16-to-65 age group than we had back then. We’re at almost two cars per household, so it’s not like back in the ‘50s when they jumped from one per household to all of a sudden getting two,” he explains. “We don’t have the burst of the baby boomers coming in to market. We’ve got the backside of that. What the baby boom gave us, it’s now taking.”

That puts the automotive industry at a crossroads. All of these changes – an upcoming recession, shrinking market, affordability – have Ford Motor Co., Fiat Chrysler Automobiles and General Motors changing the way they do business. No longer must they be dedicated solely to manufacturing and selling cars.

“They’re looking to take their business model from the actual production and selling of cars to mobility and having their own fleet that’s electrified and for hire,” Acevedo says. “Every automaker is trying to figure out where they fit into the economy five to 10 years down the line. It’s certainly something none of them want to be caught flat-footed on.”

In October 2017, General Motors announced its intention to offer at least 20 fully electric models by 2023 as the company works its way toward “zero crashes, zero emissions and zero congestion.” Last summer, it announced car-sharing service Maven and, in between the two, has been working on developing autonomous driving capabilities through its Cruise Automation division, which was bolstered by a $2.75 billion investment from Honda in October.

Ford plans to have a fully autonomous vehicle ready by 2021 and has partnered with Volkswagen to reduce the costs of research and development. Meanwhile, at the North American International Auto Show in Detroit, the company focused more on the technology being developed in recent years than on its cars that will be hitting the streets. And last year, the company announced a $740 million investment at the former Grand Central Station in Detroit, as well as adjacent properties, to develop a new campus with an emphasis toward technology. On March 20, Ford announced an $850 million investment in its Flat Rock plant in Michigan to upgrade the plant for the production of electrified vehicles, a move that is expected to add 900 jobs.

Rounding out the American automakers, Fiat Chrysler Automobiles has announced its intention to have a Level 4 autonomous vehicle – “hands off, eyes off, mind off,” the company says – for sale by 2023. To reach that goal, the company has partnered with BMW, Google’s self-driving technology firm Waymo and technology developer Aptiv.

Fueling the push into the technology market rests on the shoulders of SUVs, Edmunds’ Acevedo says, as the segment is often the highest-profit for automakers. But, as Barra said at the DealBook conference, there is long-term thought process going on at the highest levels of the industry.

“Having been at General Motors for 38 years, I feel a huge obligation to make sure that GM isn’t just successful for a few years, but I want it to be successful for many, many decades,” she told the Automotive News in January.

With billions of dollars on the line, not to mention the jobs and livelihoods of people working at Lordstown, Detroit and Oshawa, “it’s an extremely high-stakes situation,” Swiecki says. “You want to be proactive instead of reactive, which is what’s happening not just at GM, but other companies that are making cuts.”

Pictured: Ford workers test the self-driving Fusion at the M City lab at the University of Michigan as automakers transition to becoming technology companies.