DETROIT — General Motors Chairwoman Mary Barra left little on the table Jan. 5 as she emphatically set the course for the automaker’s future.

“Visionary investments made over the last decade in electrification, software-enabled services and autonomous driving, have enabled GM to transform from automaker to platform innovator,” she said during a virtual keynote address of at the CES Consumer Electronics Show in Las Vegas. “One with the vision, the people and the technology to change the world.”

Barra vowed to bring the company to carbon-neutral status by 2040 and invest $35 billion to launch 30 electric and autonomous vehicles by 2025. By 2035, GM plans to convert all new light-duty and heavy-duty vehicles in its portfolio to electric.

GM plans to transform half of its production in North America and China to an electric platform by 2030, evidenced currently at plants such as Factory Zero in Detroit and its assembly plant in Spring Hill, Tenn.

Central to this program is Ultium Cells LLC – a joint venture between GM and Korea-based LG Energy Solution – that is building a $2.3 billion electric vehicle battery cell manufacturing plant in Lordstown. A second plant is under construction in Spring Hill. Two additional plants are in the planning stages.

“We believe we have one of the most vertically integrated supply chains in the industry,” she said, noting GM is also pursuing closer relationships with semiconductor manufacturers. “These actions are all part of a broader initiative to build a more secure EV supply chain.”

Moreover, Barra said that GM plans to invest nearly $750 million by 2025 to expand EV charging in the United States and Canada.

Barra also announced that GM has secured two deals with its BrightDrop program, which offers electric light commercial vehicles for fleet markets. Walmart has signed on to purchase 5,000 EV600 and EV410 electric delivery vans for last-mile service, while FedEx has reserved another 2,000 EV vans in addition to the 500 units it announced last year.

Among the highlights of 2022 CES was the introduction of the Chevrolet Silverado EV, a light duty pickup intended initially for fleet customers.

The standard work version of the vehicle has a range of 400 miles on a single charge and is expected to launch in the spring of 2023. Shorter-range models are also in the works, Barra said, including a base model that starts at $39,000.

Two major customers, Quanta and Enterprise, have expressed interest in the Silverado for their fleets.

“We expect a lot of early interest in this truck,” Barra said.

The Silverado will also be the first GM vehicle to feature Ultifi, a tech platform that allows for cloud access.

“Chevrolet will be front and center in our mission to provide EVs for everyone,” Barra said. “We’re expecting this to be a massive year for Chevrolet’s EV future.”

A new EV Chevrolet Equinox, for example, is slated for next year at a price point of around $30,000, Barra added, while an EV Blazer will be introduced later in 2022 and made available in 2023.

“These SUVs will have high appeal with both retail and fleet customers ready to embrace an EV future, further expanding the breadth of the Ultium platform,” Barra said.

Pictured: General Motors Chair and CEO Mary Barra delivers the virtual keynote at CES 2022, outlining the waves of change that are coming as society moves toward the mass adoption of electric vehicles. Headlining GM’s CES 2022 is the 2024 Chevrolet Silverado EV. (Photo by Steve Fecht for Chevrolet) 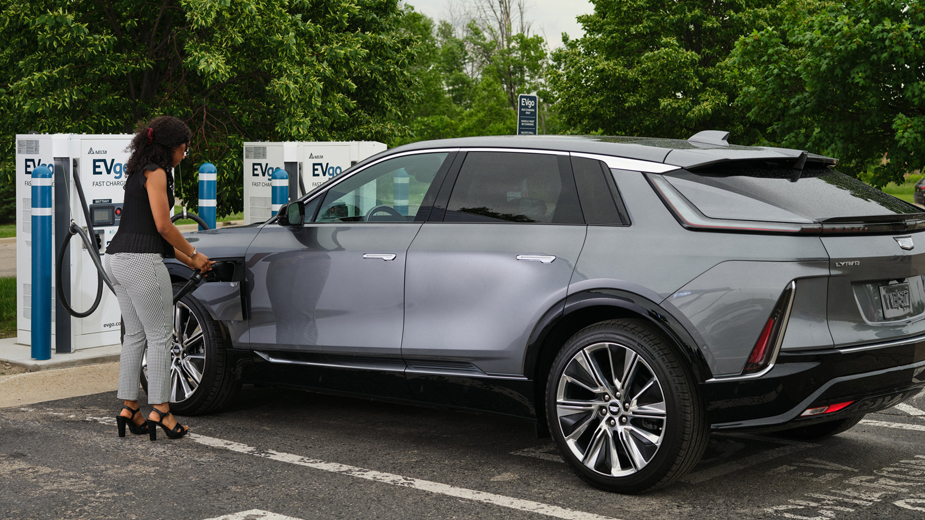 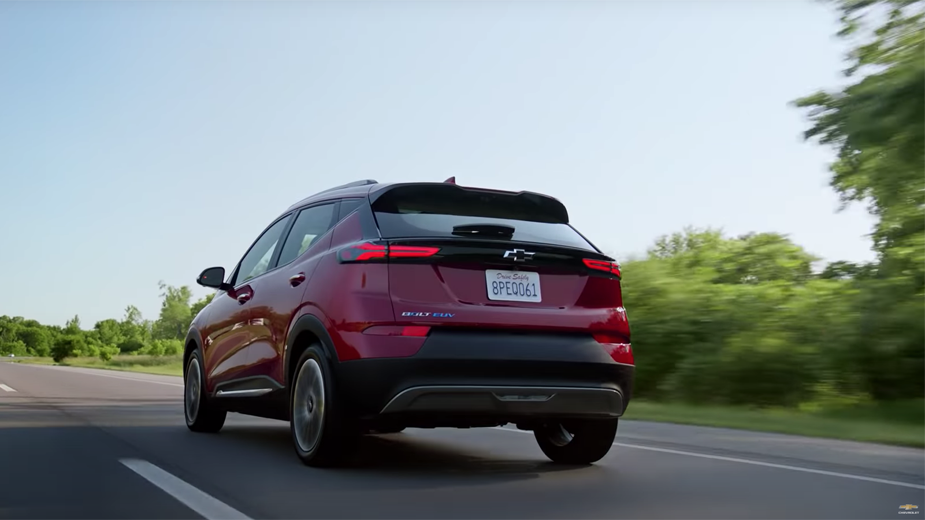 DETROIT – In the 2022 Chevy Bolt EUV: EV Academy video, “Getting More Out of Your Electric Life,” Chevrolet employees say driving an electric vehicle can redefine the driving experience. Kelly Helfrich, EV charging and infrastructure manager, says she was… 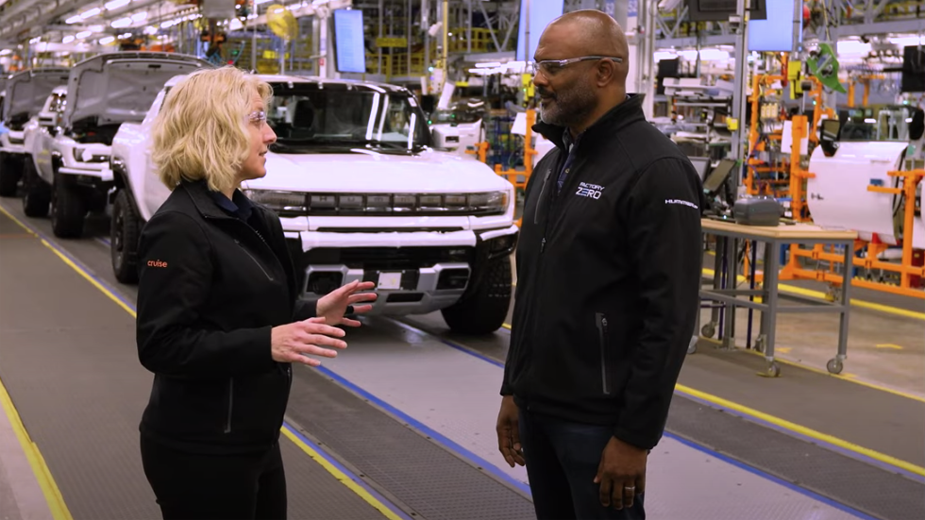