BOARDMAN, Ohio – Unlike most entrepreneurs, Robert Neapolitan’s foray into business wasn’t because of his appetite for success, but rather, his taste for Egg McMuffins.

So when a craving hit him at 3 a.m. in 2012, he hopped in his car and drove to the only McDonald’s he thought would be open, the one near the turnpike in North Lima.

Instead, he found a vacant building that was full of potential. His first mistake was not waiting until morning to check it out.

“I got out of the car with my flashlight, shined it in the windows, and the police came. Ten minutes later I was in the back of a police car. I guess at that time of the morning most businessmen aren’t out looking for their next venture,” he says with a laugh.

Neapolitan’s second mistake was thinking it was the perfect location for the antique mall he’d been thinking about opening.

“It would be out of the way. It would be a destination and people could come there to get out of Boardman,” he remembers thinking.

While business was good, it wasn’t until Neapolitan moved two miles down the road, into a vacant building on Market Street that it really took off. 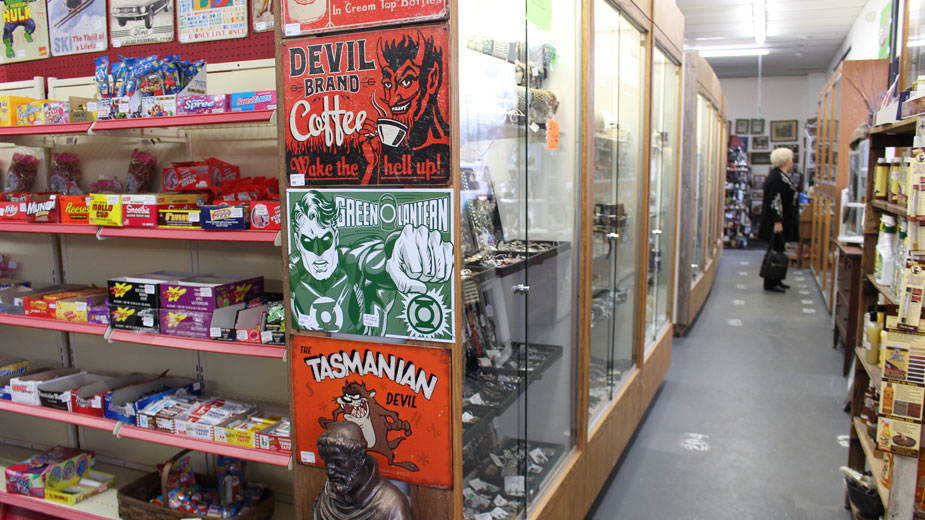 Neapolitan claims the store is home to more than “one million unique items,” he says. “You’re going to find one of it here.”

In the back, behind a door marked “employees only,” you’ll find what Neapolitan refers to as the “notorious back room,” which is 14,000 square feet of extra items from floor to ceiling.

Although it would seem Mr. Darby’s is at capacity, Neapolitan is still finding ways to increase business.

The store has recently become a popular destination for Hollywood producers looking to recreate a specific time period.

For instance, the 2016 film, “Fences,” filmed in Pittsburgh and nominated for the Academy Award for best picture, featured several items from the store, including the living room couch and most of the kitchen items.

“Probably 35% of that movie came from my back room,” Neapolitan says. “Since then, all the set designers know about us. They know our prices are good and that we’ve got what they want.”

But the prices aren’t the only reason set designers seek Neapolitan’s help. A short time after his work with “Fences,” producers of the Netflix series “Mindhunter,” a drama set in the 1970s, came to him seeking some very specific items.

“They needed mail,” he recalls. “They wanted original mail from the ’70s, post-marked. Where the heck do you find that?”

As luck would have it, they came across some during one of Mr. Darby’s estate sales.

Neapolitan says between his contacts, and those of his 100 vendors, he can track down almost anything.

Ida Donald has been selling her brother’s steampunk items at Mr. Darby’s for two years.

“It’s made out of old industrial parts, cans and gears. He calls them his little robots,” she says.

The store is an ideal location for sellers “because we get so many people in here day to day,” she says.

She also helps plan events at Mr. Darby’s, which have become another stream of revenue for the business.

Events such as Ladies Night and the Spring Gala give Mr. Darby’s a way to “thank our customers and generate new customers,” Neapolitan says.

The events feature raffles and door prizes, with the proceeds going to charities.

Another way Neapolitan is helping the business grow is with estate sales.

People often don’t get as much as they could when settling estates, he says, either because they don’t know how much items are worth or because they live out of town and don’t have the time to deal with it.

“We’ll find the things that are worth money,” Neapolitan says.

At a recent estate, he found a box containing two doorknobs with the letter “E” on them.

“Right away I knew that initial stood for the old Erie Railroad. Those doorknobs were going in the trash and they both sold for over $250 each,” he says.

Neapolitan’s wife, Karen, is a licensed real estate agent with Howard Hanna and handles the selling of the houses, as well as helping to run the store.

“This is a hard business,” she says.“We have no way of predicting that somebody’s going to come in here and want a standup ashtray.”

Karen has a background in interior design and she says she’d like to bring those skills to Mr. Darby’s.

“I want to help people figure out what to do with all of this, how to incorporate it into their homes,” she says. “A lot of people have a hard time visualizing how cool something could be in their home.”

Neapolitan says he hasn’t “worked a day since I opened the store,” because he so loves coming to work.

And he says he owes it all to his love of McDonald’s, and his propensity for making mistakes.

“I tell my kids that I’m the smartest man in the world. You never learn when you succeed; you only learn when you fail,” Neapolitan says. “And I’ve failed more than anybody. That’s why I’m smart.”

YOUNGSTOWN, Ohio — Long-time visitors to BusinessJournalDaily.com have noticed some changes to the website, particularly how it looks. But there […] 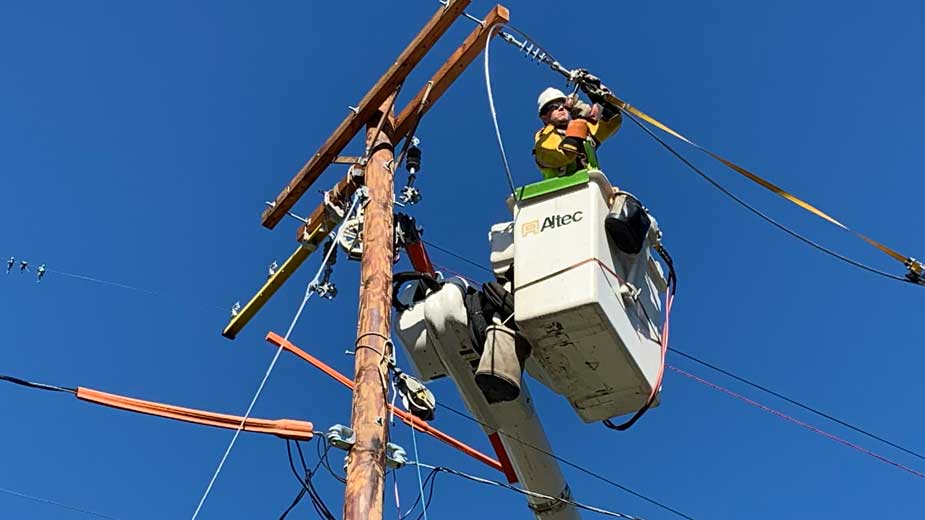 NEW CASTLE, Pa. — The Pennsylvania Power Co., a subsidiary of FirstEnergy Corp., is upgrading infrastructure and installing technology to […]