Much More than Secret Sauces to Mahoning Valley Pizza

YOUNGSTOWN, Ohio – At 9 o’clock on a Saturday morning, Jon “Jack” Walters is preparing the 200 to 250 pizzas that The Elmton will bake and serve that day from its building at 584 Fifth St. in Struthers. He and his kitchen staff have been there since 3 a.m., mixing and kneading the dough and preparing the sauce based on the recipe his grandparents, John A. and Dorothy Walters, developed in 1945.

“That’s one of the things that gives our pizza its flavor,” Walters says. “We’ve been doing it the same way for 72 years.”

Walters took the business over from his parents, Jack Sr. and Marianne, in 1989. Jack Sr. died 11 years ago, and Walters’ mother still helps with the day-to-day operations. During the last 20 years, The Elmton has tripled the number of pizzas it makes daily and sells between 65,000 and 70,000 annually, he says. While the restaurant expanded to add other menu items, including its popular broasted chicken (added in 1965), many third- and fourth-generation customers still come in for the pizza, he says.

“I had a family in last night from Arizona,” he says. “I asked when they got in and they said, ‘An hour ago.’ They came straight here.”

While the Walters family is mainly of German and French lineage, Mahoning Valley pizza is predominantly defined by its Italian-American population whose ancestors came mostly from the south of Italy. Compared to the deep-dish pizza of Chicago and the thin, foldable pizza of New York City, many Mahoning Valley pizza proprietors say this area serves an “in-between” style.

The Valley’s pizzerias certainly have their differences. Everything from the thin, crispy 10-inch pizzas made by Salvatore’s Italian Grill in Warren to the thicker, multi-topping pizzas of Wedgewood define pizza in the Valley. The similarities lie in their preparation: fresh dough, high-quality ingredients and cheeses, and anything but a conveyor oven seem to be the shared criteria. That and family recipes handed down generation to generation.

The Italian-American community here has always enjoyed pizza, but its popularity here spiked after World War II, says Thomas Welsh, co-author of Classic Restaurants of Youngstown. He credits the region’s ethnic diversity and a “willingness to share food” for many varieties of its pizza.

“We’ve all been exposed to this wonderful food,” Welsh says. “The sheer variety of pizza that we have in this area makes Youngstown unique. The richness of our pizza tradition reflects the diversity that remains one of our enduring strengths.”

The popular Brier Hill pizza reflects the “basic, unornamented pizza found throughout southern Italy,” Welsh says, but is distinctive to the working poor neighborhoods during the Great Depression.

Bricks discarded from the steel mills were used to build the ovens the neighborhoods shared. In the morning before leaving for the mills, steelworkers lit the fires in the ovens and their wives took turns baking bread for their families using flour that relief agencies provided. When flour was left over, the women used lids from lard cans to make “traditional southern Italian pizza,” he says.

Salvatore Coppola Sr. was 14 when he and his family emigrated to the United States from outside of Naples in the 1970s. Coppola’s father, Michele Coppola, was invited by his cousin to operate a Scotto’s Pizza franchise.

After working with his father, Coppola branched out on his own, says his son, Salvatore Coppola Jr. He opened his first pizzeria in the Eastwood Mall and, in 1999, opened Salvatore’s Italian Grill in the former Italian Oven, 8720 E. Market St., in Warren.

Salvatore’s 10-inch, wood-fired pizzas are made in the traditional Neapolitan style with thin crust made of fresh, hand-stretched dough. The Margherita Napoletano, one of its signature pizzas, is among the top sellers.

“It’s not just a menu item. It’s something that our family brought over from Italy,” Coppola Jr. says. “We try to keep it as close to traditional as possible.”

Still, as the market changes, pizzerias must adapt. Along with its traditional recipe, Salvatore’s offers deep dish and big sheet pizzas “to match what customers are looking for.” The larger pizzas are available only for takeout, which makes up about 65% of the restaurant’s pizza sales.

Through the years, Mahoning Valley pizza toppings have become more diverse, says Robert “Smitty” Smith, pizza chef at Avalon Downtown. As people visit places such as California and New York, they return with special requests such as goat cheese and prosciutto. Nevertheless, pizza lovers prefer the traditional toppings, with pepperoni one of the most popular. 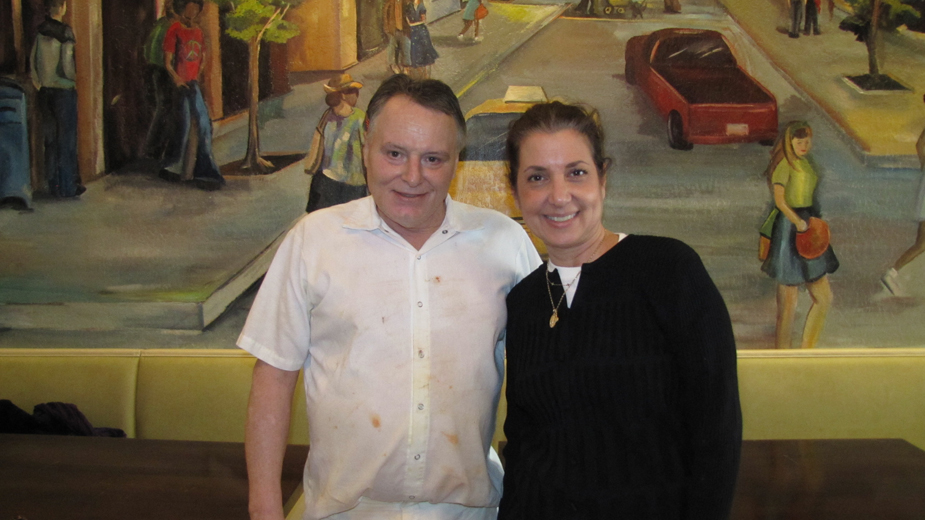 Smith has been making pizzas some 43 years, ever since he got his start in 1974 working for the former Lavanty’s Pizza on the north side of Youngstown. Lavanty began in the 1960s by distributing toaster ovens to the neighborhood bars and delivering the pizzas by car, Smith says.

“He would go to the bars and give the bars the ovens if they would buy the pizza off him. Then they would have something to serve,” he says.

Working for Lavanty, he learned the importance of maintaining product consistency by using ingredients from only a few vendors. He employs that philosophy at Avalon because it’s one of the best ways to maintain a customer base, he says.

“Food service is one of the hardest businesses to get into,” Smith says. “If you should ever lose a customer, heaven forbid, it takes three to replace that one.”

Equipment is also important, he adds. Avalon uses an Astraturri dough mixer from Verona, Italy. It’s one of maybe two in the area, he says, and is the key to Avalon’s crust. “It imparts air into the dough so it’s lighter, fluffier and looks better.”

When Avalon Downtown opened in 2012, Smith was recommended by Michael Sabella, whose wife, Anne Massullo Sabella, owns the restaurant.

“They grew up together,” says Massullo Sabella. “What makes pizza synonymous with the word ‘Avalon’ is that the person who makes the pizza is the same person who has made it for 40 years.”

Adhering to tradition also keeps customers coming back to Wedgewood Pizza in Austintown, says its owner, Filomena Riccioni. The pizzeria uses the same recipes created by her father, Fernando, and his business partner, the late Patsy Acconcia, when they started the business in 1967. Today, the company operates restaurants in Austintown, Boardman, Howland and Salem.

Business is always heavy between Thanksgiving and the new year so distant relatives come home to spend the holidays with family, Riccioni says.

“They get so happy when they see Dad is still here and he’s still doing good,” she says.

Some families take half-baked pizzas back home with them or mail them to other relatives. Customers have mailed Wedgewood pizzas as far as California, Hawaii and even to service members overseas, she says. Fernando himself has sent as many as 24 pizzas to family members in Italy.

Riccioni has sent the pizzas herself on a few occasions, she says, once to Quicken Loans Arena in Cleveland for a Pink concert. In 2003, she sent pizzas to Madison Square Garden for the Rolling Stones. And the pizzas were good enough to warrant a personal phone call from the Stones’ lead singer, Mick Jagger.

Pictured at top: Jon “Jack” Walters, owner of The Elmton, bakes between 200 to 250 pizzas every day.

YOUNGSTOWN, Ohio – Buoyed by the Ultium Cells project and others, the Builder’s Association of Eastern Ohio and Western Pennsylvania reported the largest total man-hours worked in a decade during the group’s 53rd annual business meeting at the Lake Club…