WELLSVILLE, Ohio – Businesses on the Ohio River here are seeing an increase in the thousands of tons of commodities being offloaded from barges from around the world and transported to businesses across the country.

“I am amazed at the amount of commodity that comes off the river and then, through an intermodal source, is transported all over the United States,” said Penny Traina, executive director of the Columbiana County Port Authority.

Traina, the port authority’s manager of administration and finance, Diana Ksiazek, board member Tad Herold, and members of the Ohio Mid-Eastern Governments Association, or Omega, toured six companies May 8 that do business along the Ohio River.

It was Traina’s first time touring these businesses since being named executive director in March 2016.

“I’ve built a relationship with the businesses over the course of the last couple years,” she said. “I wanted to look at each business. What cargo do they ship? How many means of transportation are they using? And to market the businesses.” 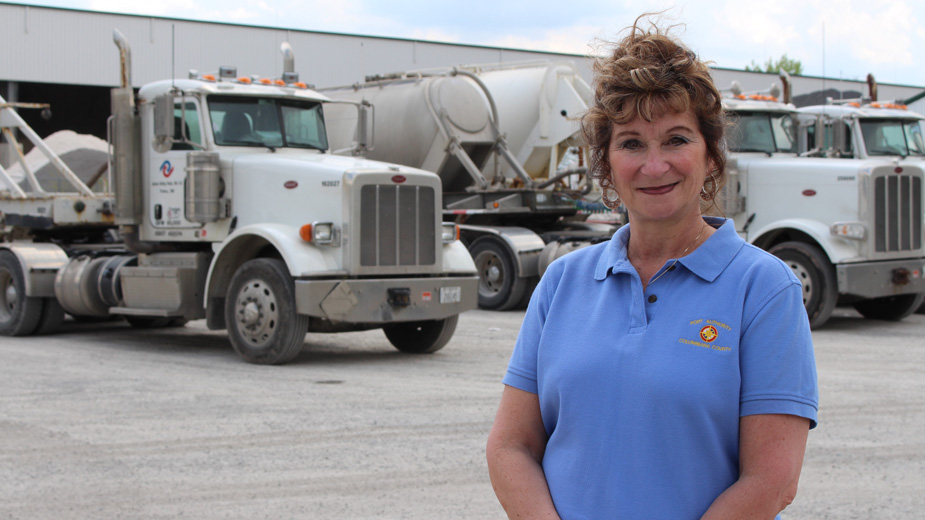 The tour started in the Wellsville Intermodal Facility on the dock of Pier 48 Stevedoring, where a Mantsinen 120 HybriLift crane moves 1,800 tons of barite shipped by barge from China onto a 48-inch wide conveyor belt system into a warehouse. The crane can lift about 800 tons of material per hour, said Larry Heck, president of Pier 48.

Pier 48 operates a 60-ton overhead crane along with the Mantsinen crane and conveyor system to unload barges that carry raw materials and other commodities. In the six years Pier 48 has been in operation, “we’ve grown considerably,” said Heck, who noted his business started with just him and one other worker and now has 10 employees.

Soybeans, barite and steel coils make up the majority of the shipments to Pier 48, which Heck said he’s seen an increase of steel coils since the middle of last year, receiving six to eight barge shipments a month.

The barite being offloaded was transported to Cimbar Performance Materials behind Pier 48. Cimbar takes in raw materials such as barite, calcium carbonate, magnesium hydroxide and bentonite, then processes the materials to be sized to each customer’s preference. 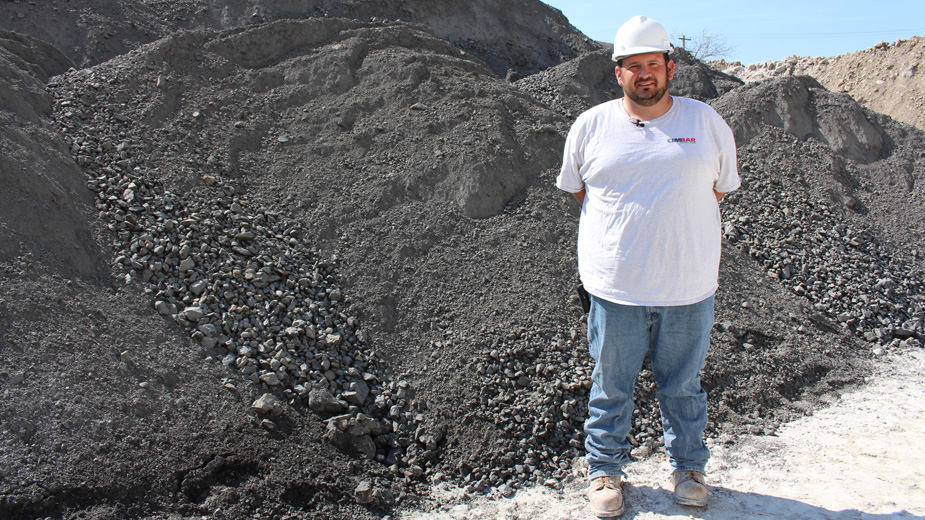 Most of its materials come in by barge and are transported out by truck, said Mike Mayle, production manager.

“The majority of our operation is used in the drilling industry and some is in technical products, plastics and paints,” Mayle said.

Most of the barite, he added, will be used in drilling. Many shipments head right next door to Anchor Drilling Fluids, which provides drilling fluid and testing for rigs. All of its barite needed for its fluid comes from Cimbar. 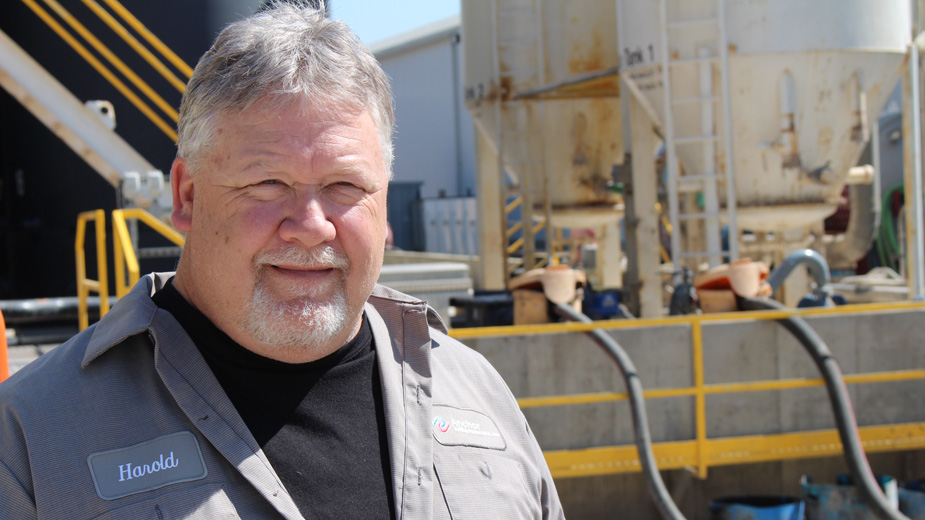 “We build the fluid here and [drilling companies] rent it out from us,” said Harold Willett, plant manager for Anchor Drilling Fluids. “Once they’re done drilling on that location we’ll get the fluid back. We test the properties of it and add whatever it needs and send it back out.”

Anchor Drilling Fluids currently leases its products to 22 rigs from Butler, Pa., to south of Tyler County in West Virginia. For one startup rig, 1,500 barrels of fluid are needed, Willett said.

“This is the busiest we’ve been since we opened in 2012,” Willett said. “We’re hitting a record as far as the number of wells we’re shipping to out of this facility and it blows my mind how fast they’re able to drill these wells compared to five years ago.” 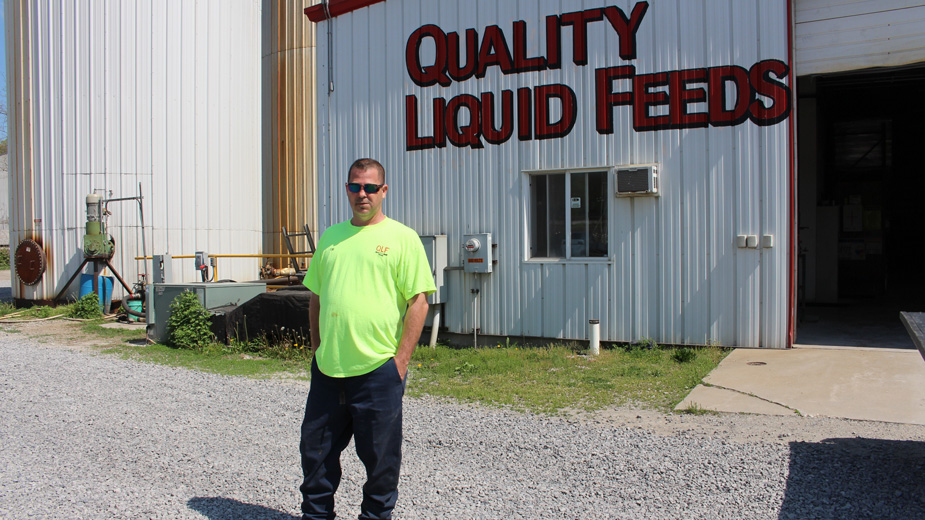 The molasses needed for its feed comes in by barge from Louisiana and through an underground pipe fed directly into its warehouse, where it’s mixed with other ingredients such as whey, calcium and salt before being moved out by truck.

Quality Liquid Feeds has 16 plants across the country. The plant in Wellsville ships about 40,000 tons per year to farms or feed mills in Ohio, Pennsylvania, West Virginia, Virginia, Maryland, eastern Indiana and southeastern Michigan. Locally, it delivers to Wellsville Feed & Supply and Rogers Feed Mill. Since last year, Quality Liquid Feeds is up 700 tons of shipments here, Halfhill said.

Just outside of the Wellsville Intermodal Facility is Marathon Petroleum Corp. and Wellsville Terminals Co. 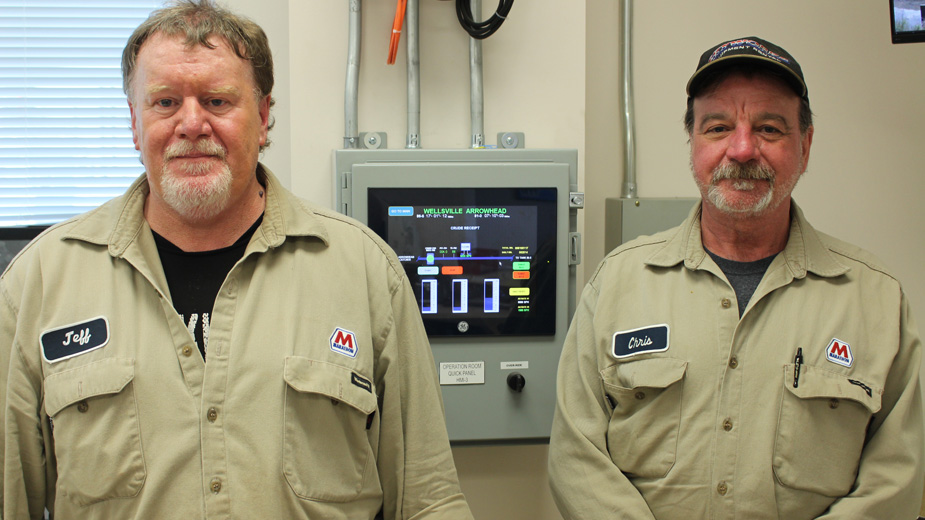 Marathon works in an opposite routine from many of the other Columbiana County businesses on the Ohio River since its products are transported here by truck and then shipped out by barge.

On a busy day, Marathon sees 40 to 50 trucks, said operation technician Jeff McIntosh. The plant has four tanks that together can hold 13 million gallons, he said.

The oil is transferred from the tanks by pipes above land into the barges.

Two of its products it receives are asphalt and oil.

Its asphalt product comes from Marathon’s refinery in Canton and is stored in one of the tanks in Wellsville before being sent by barge to terminals in Marietta or Pittsburgh.

Another one of its tanks is used to store oil from the Utica shale. “They bring that right from the well pads,” said McIntosh. “We store it then load it out on barges. All of it goes to Marathon’s Catlettsburg Refinery in Kentucky where it’s processed.”

At Wellsville Terminals Co., most of the materials it receives are coal and steel coils by barge, said its president, Charles Muse. 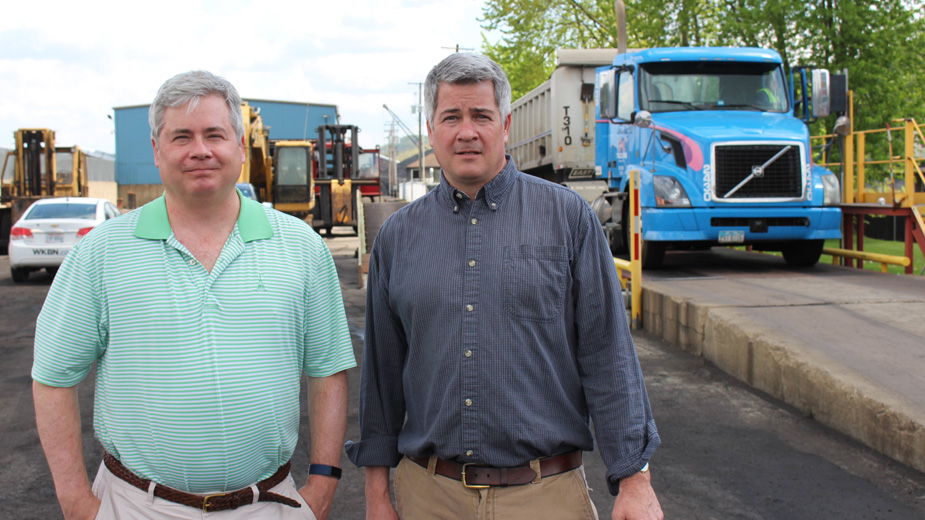 The coils come from Brazil through a port in New Orleans, up the Mississippi River, into the Ohio River and to the Wellsville Terminals.

“We’re offloading two at a time and putting them on land and marking them to the specifications that the customer wants,” Muse said. “We sort them and put them into our warehouse.”

The Wellsville Terminals can store materials for a customer in its 36,000 square feet of warehouse space. Most end customers are industries in northern Ohio and as far west as Chicago that will turn the steel coils into car parts or other widgets.

“The economy has gotten so much better that we’re getting a lot more opportunities now,” Muse said. “We’re trying to figure out how we can expand our warehouse space and maybe hire some more people.”

One of the biggest challenges that the Wellsville Terminals, as well as the other intermodal structures face in Columbiana County is the infrastructure.

“I bet you saw a lot of pot holes when driving in,” Muse said.

The Columbiana County Port Authority and the Ohio Mid-Eastern Governments Association are working to identify funding sources to help with the infrastructure improvements needed to support the businesses along the Ohio River.

“The Ohio River is crucial to the economy in our region for shipping raw materials in and finished goods out,” said Jeannette Wierzbicki, executive director of Omega. “We need to make sure that we have the infrastructure in place to support it.”

Omega is looking at partnering with the port authority to receive federal and state grants for the infrastructure.

“It’s important for us to find out what their needs are so the port authority can continue to assist them as we grow,” Traina said. “I think the Ohio River will be the most important part of our future, especially in Columbiana County.”

Pictured at top: Larry Heck, president of Pier 48 stands in front of the Mantsinen 120 HybriLift crane.