Only 2 of 81 Properties Remain for Downtown CIC

YOUNGSTOWN, Ohio — With its involvement in the disposition of the Wells Building complete, the Youngstown Central Area Community Improvement Corp. turns its attention to the Armed Forces/State Theatre property.

The properties on West Federal Street are the last two parcels of the 81 the downtown CIC was charged with improving two decades ago, facilities supervisor Lynn Popa said.

Facilities manager Dave Kosec informed the board of the downtown CIC Wednesday, “We have begun discussions with interested parties” looking to acquire the parcels that housed the former theater and Armed Forces recruiting building. The CIC will “put plans together over the next two to three months,” Kosec said.

In a five-minute slide presentation, Popa showed before-and-after pictures of the many properties in and near the downtown in which the CIC has been involved directly and indirectly. The before slides, most of which showed vacant buildings in stages of decay with broken or boarded windows and doors, today are refurbished and renovated buildings.

In other cases, the structures were razed – such as McKelvey’s department store and neighboring parking deck – and replaced by new buildings. The George V. Voinovich Government Center, four stories of state government offices, has replaced McKelvey’s. And in a small number of cases, the buildings were razed and replaced with parking lots intended to be placeholders until new construction takes place.

Strollo Architects has begun renovating the Wells Building, Kosec noted. Sale of the building closed in November with “remediation and demolition in December.” Winter weather has halted work – the next step is removing the windows – but “Everything’s going well,” Kosec reported. “They have until September to complete the work.”

The CIC is in a “support-develop role” with the Youngstown Business Incubator in redeveloping the old Vindicator building, now known as TB5 or Tech Block 5, Kosec said. “We’re in discussions [with YBI] on the scope of the work,” he continued, that would involve the CIC “in a technical-support role.”

Treasurer Bruce Luntz reported the CIC ended 2014 with a loss of $32,000, a deficit he attributed to the extra costs of demolishing the Kress Building and the CIC paying Strollo’s closing costs when it took title to the Wells Building. Between the two, the CIC incurred $28,000 in expected expenses.

The good news, he said, is revenues from parking lots the CIC owns in the central business district are greater than expected. Moreover, the expenditures on new technology in the CIC offices were only $2,600. CIC President Tom Humphries first budgeted $3,200, a figure increased to $3,500 with board approval.

Humphries is also president and CEO of the Youngstown Warren Regional Chamber, which is under contract to administer the CIC.

YOUNGSTOWN, Ohio – The life of Clarence Smith, updates on the Chill-Can project and Lordstown Motors getting ready to race […] 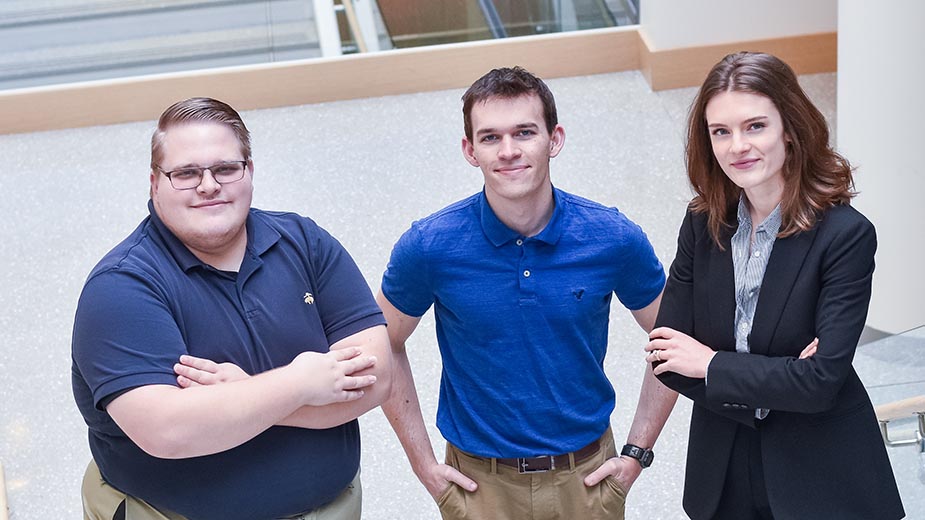 GROVE CITY, Pa.– A pair of Grove City College students who teamed up with two recent alums earned a $10,000 […]

City Stands by Its Ultimatum to Chill-Can

YOUNGSTOWN, Ohio – The city is sticking by its ultimatum that the Chill-Can project’s developer start operations and bring jobs […]

by The Black Business Market LLC - 2 months ago