YOUNGSTOWN, Ohio — Interest from out-of-state buyers is driving an increase in commercial real estate transactions in the region, particularly in the retail market.

Shopping plazas with smaller spaces are the order of the day, as evidenced by the sale of Boardman Plaza to the Pikesville, Md.-based America’s Realty LLC. The $18.8 million purchase closed in August and was among the largest commercial transactions this year.

America’s Realty had been eyeing the property for a few years, says CEO Bob Waugh, and negotiated with the previous owner on the price. The company plans to open its regional office at the Boardman Plaza, he says.

“It’s a nice property. That whole corridor is jammed with retail,” Waugh says. “It’s got a nice variety of traditional mom-and-pop stores and national retailers.”

While most of his company’s 300-plus retail properties are rural, it purchased Boardman Plaza because “it has a good tenant mix that seems to avoid the Amazon traps,” which he describes as retailers that don’t necessarily cater to online shoppers. Anchored by a Save-A-Lot – Waugh says grocery anchors are ideal – tenants at Boardman Plaza include Burlington, Hobby Lobby, Planet Fitness and Michaels.

The Maryland company plans to make improvements to the 625,000-square-foot plaza on Boardman-Canfield Road, including water flow, drainage and parking. Boardman Plaza has about 60,000 square feet of available space and Waugh says his company is talking to three or four “big tenants” that are interested in moving there, although he declined to identify them or their specialties. He notes that more retailers from the southern United States are pushing north.

“We’ve had some good activity since we bought the property,” he says. “Hopefully in the next 30 days we can make some announcements – at least one very shortly.”

The company’s investments in the region are not limited to Boardman. This year, it closed on the purchase of the Field Club Commons retail center in New Castle, Pa., and is eyeing another in that city, Waugh says. The more than 130,000-square-foot Field Club Commons has about 1,600 square feet of inline space available and boasts anchor tenants that include Ollie’s Bargain Outlet, Save-A-Lot, Peebles Department Store and Dollar General. 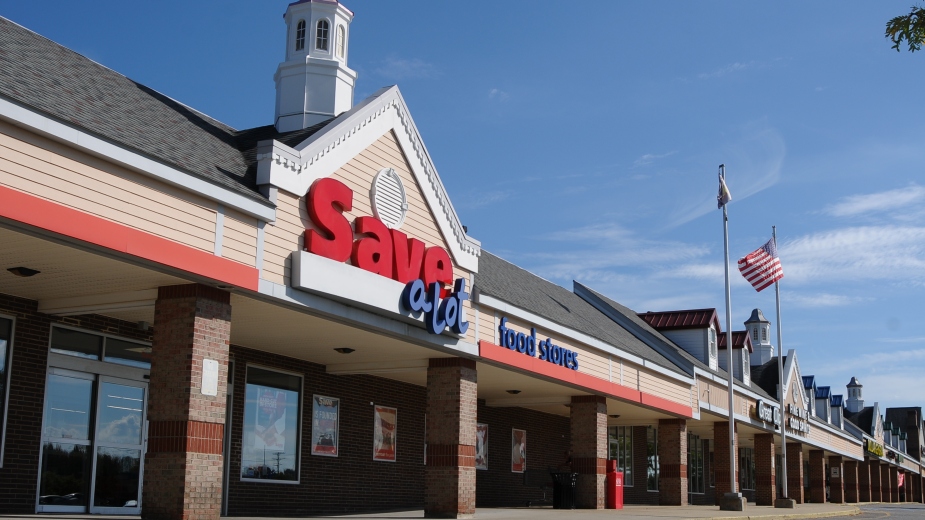 America’s Realty holds properties in 16 states, including Maryland, Pennsylvania and Ohio where it is “heavily invested” with 12 to 14 centers throughout the state, Waugh says.

After purchasing Southgate USA in Maple Heights in 2013, the company invested $5 million into the retail plaza and increased leasing to 85%, up from 50% when the company acquired it. The company purchased a smaller shopping plaza across the street from Southgate USA as well. After adding a 22,000-square-foot Save-A-Lot grocery store anchor there, that plaza is 100% leased, he says.

The company is eyeing other properties in Ohio, including another outside of Cleveland. America’s Realty typically purchases property outright so it can offer moderate lease options to tenants, he says. It’s helped the company court some national retailers in several of its properties.

“Our goal is to get these properties leased out and move on to our other properties,” Waugh says. “Most of our rents are below market because we’re buying the shopping centers below market.”

America’s Realty closed on 1.3 million square feet of retail space this year and on average closes on seven to 10 retail centers annually, he says. It prefers to develop in-line retail plazas rather than standalone big-box locations because the risk is higher for the latter, Waugh says, with the loss of a big-box anchor having significant impact on a plaza.

“Big boxes are the scariest types of ownership to have. There’s not a lot of big-box centers expanding,” he says. “Many are downsizing because of online shopping.”

Downsizing is a trend among big-box retailers across the United States. In July, Target announced plans to open more small-format stores to serve niche markets, including urban neighborhoods, college towns and other areas where full-size Target stores don’t fit. The Minneapolis-based retailer started testing small-format stores in 2012. In 2017, it opened 30 such stores and plans to open 30 more each year for the next few years.

Small-format Target stores run anywhere from 15,000 to 40,000 square feet, about a third of the size of a full-size 130,000-square-foot store. The smaller format allows Target to stock inventory that caters to the specific demographic in the area.

Platz Realty Group was the broker that facilitated the Boardman Plaza transaction. Platz has a few other retail deals in the works, says agent Adam Divelbiss, although he couldn’t go into specifics. Many of the properties are along state Route 224 and on Market Street in Boardman and include multi-unit spaces with some retail storefronts and some with second-floor office space, he says.

Platz Realty Group promotes its properties online, which Divelbiss says has led to increased interest from out-of-state buyers. The firm recently closed a deal with a buyer from Utah and has seen interest from buyers in New Jersey and Florida.

“We try to get our properties in front of as many people as possible, whether that’s Youngstown, Columbus, Pennsylvania or the East and West Coasts,” Divelbiss says. “Through the internet, you can do that quickly.”

Melinda Marston monitors websites daily for listings, she says. The president of JRW Realty in Pasadena, Calif., also directly connects with developers that are building stores in certain locations and works closely with brokers who bring assets to her attention, she says.

JRW Realty is the sourcing broker for Exchange-Right, the Pasadena-based investment firm that purchased two of the 10 Dollar General locations sold this year – 5814 Belmont Ave. in Liberty and 2841 Niles Road SE in Warren. Each are relatively new construction at about 9,000 square feet.

Based on historical trends, the timeframe for an economic downturn is two or three years past a typical cycle, which means one could be on its way, she says. With that, real estate “is one of the best investments you can make.”

“These are primarily places where people are still going to go,” she says. “You always buy groceries. You have to have medical attention.”

The company has specific criteria that properties must meet before JRW considers them, she says. There must be a population of 45,000 or more within a five-mile radius of a property. The area must be experiencing healthy growth, have low unemployment, maintain a good median/family income and have low crime rates, she says.

ExchangeRight has 60 properties in Ohio, which consistently meets that criteria, she says. Much of the company’s holdings are in the midwestern and southeastern parts of the U.S. Only one property is in California. Part of it has to do with price – a $1.5 million Dollar General in Ohio can get a 6.5% return compared to a Dollar General for the same price getting 5.5% in California, she says. But Ohio’s communities also make it attractive, she says.

“There are certain parts of the country where we feel more comfortable buying, not just because of pricing, but the overall demographic,” she says. “Ohio is the heart of America. Good people, nice towns, low crime.”

National interest in local and regional retail properties is driven in large part to the general economy, says John S. Horvath, a broker associate with the Poland office of Berkshire Hathaway, Northwood Realty Services. National retailers have a more positive outlook than in the last few years, he says.

Even with long-standing retailers like J.C. Penney, Sears and Toys R Us leaving the area, “There’s always somebody out there to take up the slack,” he says, citing the forthcoming Meijer to open in Boardman.

“We’re starting to see a lot more interest in the retail sector from nationals in our area,” Horvath says. “We’re not the Pittsburgh or Cleveland market – we’re a secondary market. And I think there’s a lot of pent up demand in our area.”

Pictured above: The iconic Boardman Plaza, the forerunner to the Route 224 retail strip, is now owned by a Maryland company.