YOUNGSTOWN, Ohio — It was Jan. 22 inside the Watson and Tressel Training Site at Youngstown State University. Players surrounded Doug Phillips, YSU’s first-year head football coach, or as surrounded as he could be while social distancing.

He wanted to reinforce the unusual upcoming season. Gone were the dog days of summer. No more practice on 80-degree days with unbearable humidity. Instead it’s preparing for the bitter cold and Youngstown’s unpredictable spring.

YSU will join over 300 football programs in the first spring college football season. The Penguins’ football season was postponed until the spring after the Missouri Valley Football Conference, of which YSU football is a member, decided to delay conference play because of the pandemic.

The Penguins will play an eight-game schedule – three fewer than a normal season – beginning with defending national champion North Dakota State on Feb. 21.

One of Phillips’ chief concerns as he assumed his new role is finding the Penguins’ starting quarterback. It’s not a task he’s in a rush to finish; he wants to take his time looking over the competition. With the graduation of Nathan Mays, last season’s signal caller, YSU needs to determine which of its seven quarterbacks will get the job.

Phillips has narrowed his choices to two QBs. Three have taken significant snaps in camp.

Junior Joe Craycraft has taken the bulk of the first-team reps in camp. He split time with Mark Waid, a red shirt freshman and Girard High School graduate. Mitch Davidson, a red shirt sophomore and former Salem Quaker, has also gotten some reps but the job is between Craycraft and Waid.

Craycraft and Waid split time after Mays went down with a leg injury in the second half of last season. Craycraft appeared in 11 of YSU’s 12 games in 2019. He started four games, completing 66 of 127 passes for 893 yards, eight touchdowns and three interceptions. Waid completed seven of 15 attempts for 73 yards passing and an interception in four games. He ran for 157 yards and three TDs on 27 carries.

“I love the leadership role and I love taking on that challenge,” Craycraft says. “At the end of the day, I’m just doing everything I can for our team. I haven’t changed anything from the past. I come every day ready to work.”

Phillips allows he has a plan for his QBs but he’s kept his thoughts close to his vest.

He won’t announce his strategy until his team is in front of the fans in the Fargo Dome.

“[North Dakota State doesn’t] have any film on us,” Phillips says. “They’ll be looking at any interviews they can find.”

Touch Up the Trenches

Like many football coaches, Phillips wants to be strong on the offensive and defensive lines. But the Youngstown State coaches will have to fill in several holes.

YSU has only two returning offensive linemen who saw time in 2019. Dan Becker, a red shirt sophomore, was named All-MVFC Honorable Mention after starting all 12 games. Senior guard Jordan Velez played in eight games in 2019. He started the season opener at right guard against Samford but was replaced by Myles Douglas for the remaining 11 contests.

Becker has maintained his spot in camp at left tackle but the rest of the line has fresh faces. Red shirt freshman Jaison Williams has practiced at left guard, junior Mike McAllister is taking snaps at center, sophomore Derek Hite is at right guard and senior Henry Yoboue is at right tackle.

McAllister has the most experience, appearing in every game last year as a reserve. Yoboue and Hite played two games in 2019, but Hite made his appearances as a defensive lineman.

“We know we’ve got a long way to go in developing them,” Phillips says. “Some of them just need to play football games because they haven’t played in a lot of football games. You’re going to have some mistakes early. But the more they play, the more I think they’ll develop into a good unit.”

Defensively, the Penguins lost both of their starting ends. Ma’lik Richmond started every game last year and Justus Reed transferred to Virginia Tech following the 2019 season. The duo combined for 22 sacks, Reed leading the pair with 13.

YSU will have two starting D-linemen returning in Antoine Cook and DeMarko Craig. Craig started nine of his 11 games while Cook started in 11 of his 12 appearances.

Craig and Cook both finished with 39 tackles last season. Cook led the pair with four sacks while Craig had 3½. Craig, however, finished second on the team with 11½ tackles for loss.

Junior defensive end James Jackson has also stepped into a likely starting role. He played every game as a backup, finishing with 14 tackles and a sack.

“We’re highly confident he can generate a pass rush,” Phillips says. “We’re going to roll a lot of guys on the defensive line in a football game.”

The Penguins have several guys who can move  the ball on offense but they have to replace key contributors from last season.

Olgetree transferred from the University of Findlay where he caught 54 passes for 785 yards and 10 touchdowns over the last four years. Mbodj followed Phillips from Cincinnati after catching 23 passes for 249 yards and a touchdown in 10 games last year.

Junior tight end Josh Burgett started eight games last season but was primarily a blocker in former coach Bo Pelini’s system. He caught a four-yard touchdown for his only reception of the season.

Defensively, the Penguins have some experience in the secondary. The Penguins added another midseason transfer in senior Quincy Lenton, who transferred from Florida.

Lenton will join fellow senior Zaire Jones at safety. Jones was second on the team last season with 60 tackles. He also led the Penguins with three interceptions and had two pass breakups.

The Penguins have lost Joe Alessi, last season’s leading rusher, but the majority of the running back room is coming back. Phillips and running backs coach Devon Spalding have rotated upward to four running backs in practice.

Seniors Christian Turner and London Pearson, junior Braxton Chapman and sophomore Randy Smith have all taken snaps with the first team at various stages of camp.

Chapman had the most rushing yards among the returning players. He ran for 404 yards and five touchdowns in 88 carries. Pearson ran the ball 24 times for 186 yards and a score while Smith appeared in two games as a reserve.

Turner was the do-it-all running back last season. He ran for 274 yards on 58 attempts, caught 21 passes for 91 yards and returned 15 kickoffs for 308 yards. He finished last year with three rushing touchdowns and a catch for a score.

The large running back rotation isn’t necessarily a competition. Phillips wants to mitigate the volume of hits the position group takes in the spring since the team will still have a fall season to play later this year.

“Going into a season where you’re playing two seasons in 10 months, we’ve also got to look at how we manage players,” Phillips says.

“Limit the contact on those running backs. To feel confident that you can put a lot of ball carriers in the game is only good for our players and for our team.” 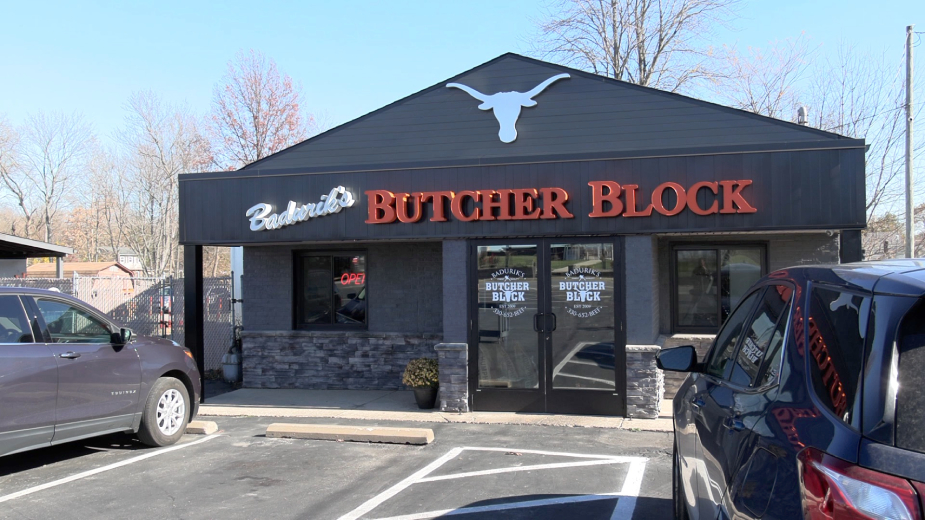 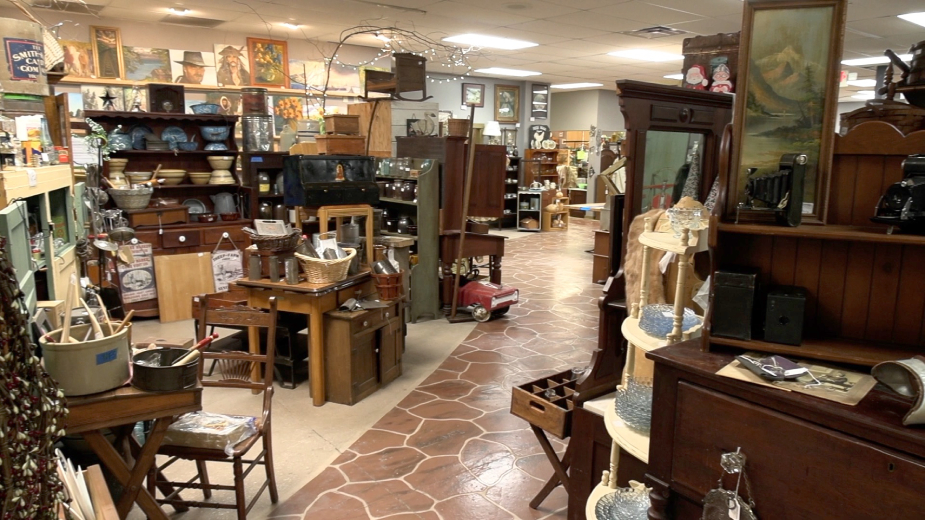 COLUMBIANA, Ohio — Park Avenue Marketplace has 8,000 sq. ft. of shopping space that features over 50 vendors. “Everybody has their own flair and if you want to shop for unique, this is the place absolutely to do it,” says… 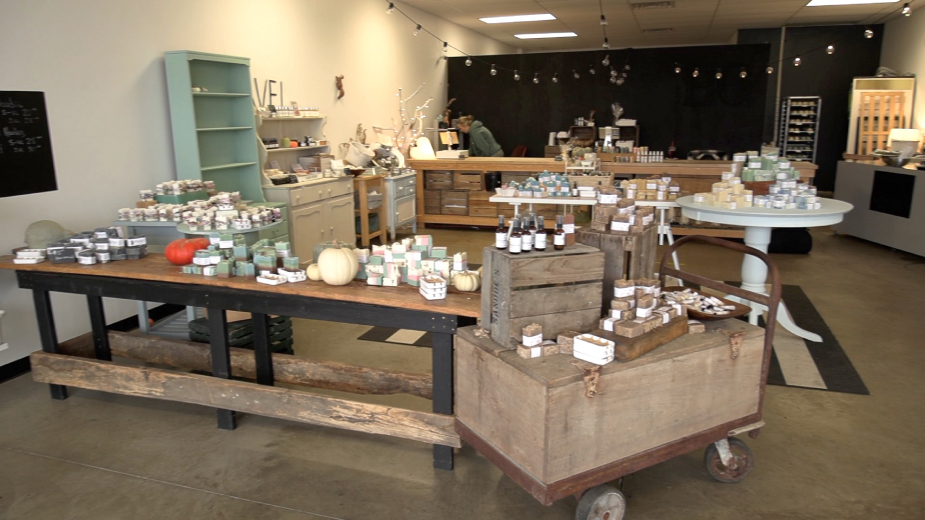 YOUNGSTOWN, Ohio — Heidi Goldberg owns and operates Bodygoodies and says she is releasing 19 bars of soap for the holiday season. “Some of them are comeback kids from last year or three years ago, but a lot of new…