Personalization Works Out for Fitness Centers

YOUNGSTOWN, Ohio – It’s the time of year when fitness can easily slip to the back of your mind. After the holiday parties, cold weather, homemade cookies and shopping for gifts, there are plenty of reasons to skip the gym. But for the owners of fitness centers and personal trainers, fitness is a year-round business and one that’s getting increasingly competitive.

When it comes to picking a place to work out, there are more options than ever. They range from long-time standards such as the YMCA to chains such as Planet Fitness to locally owned yoga studios, crossfit gyms, bodybuilding and spinning studios.

“It’s a competitive industry and it’s a trendy industry. Something comes along and it’s very popular for a while,” says Erin Mellinger, owner of five Fitness Together franchises in northeastern Ohio. “Curves was, at one point. Crossfit is right now. Every day, new things come out that people want to try.”

In its 2017 global report, the International Health, Racquet and Sportsclub Association placed the revenue of American fitness centers at $30 billion, a figure that’s grown between 3% and 4% annually over the past decade, while the global industry is at $85.1 billion. Currently, about a fifth of Americans have a fitness membership. Fitness and recreational sports centers employed 596,040 people nationwide as of May 2017, the most recent data from the Bureau of Labor Statistics.

And with that growth has come an intense focus on personalization, especially from local fitness studios. One of the biggest drivers in someone choosing where she works out is the relationships formed with trainers, the business owners agree.

“Everybody’s going to jump on the new thing. That’s what we as human beings like to do,” says Christopher Morakis, co-owner of The Focal Point in Poland. “The people who walk through this door are here because they want to be better. We know that everyone works individually. So with that we know that the approach is different to every body.” 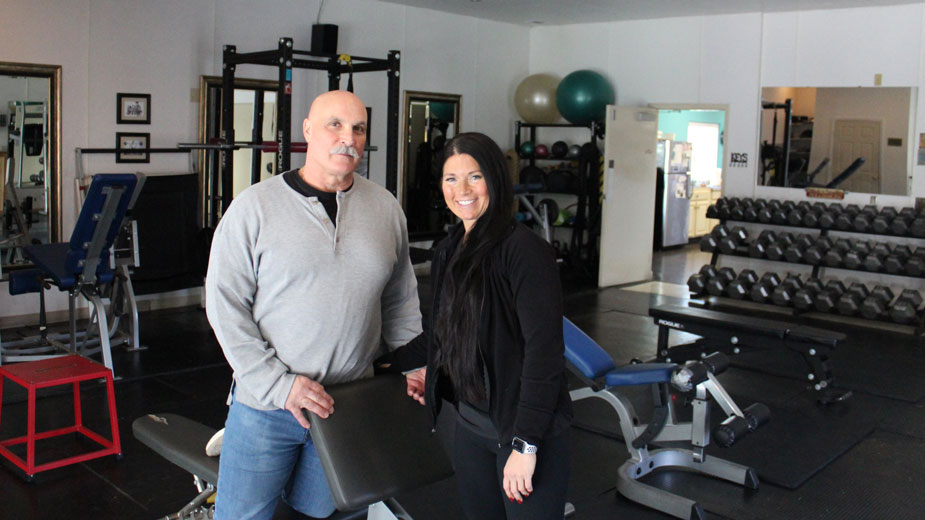 While competition is commonplace, there are enough people in the area for each gym to sustain itself, especially considering many will hold memberships with more than one fitness center.

“There’s more competition, just like there is for anything. When something opens, people want to try it,” says Courtney Angelo, assistant manager at Creekside Fitness & Health Center, Boardman. “They come to Creekside and then somewhere that just offers spinning or yoga and then come back.”

As a larger fitness center, Creekside has space to accommodate considerable equipment for those who want to work out on their own, as well as room for classes. Which classes are offered, Angelo and manager Lori Hillman say, is largely determined by what clients request.

“It comes from member feedback. A lot of times, if there’s something new, they’ll let us know,” Hillman says. “Or we’ll have heard of something and we’ll determine classes are needed for it. … What’s nice about the open concept is that you can see what’s going on. A lot of people who come to our classes are also in here doing their own thing.”

“More and more, people see that there’s a new gym or a new place to work out opening and they think they’ll walk in this door, out that door and that change will magically happen,” says Jennifer Morakis. “It doesn’t work that way. Ninety percent of the people I see are here throughout the year. It’s not something that you can just do in January.”

It’s in that concept of total fitness that smaller gyms have found their niche. Each owner has a different philosophy about the approach to fitness, but all agree that wrap-around offerings are a necessity.

In December 2009, Joe Moss II opened BlessBody Fitness, Liberty Township, with a focus on helping people do what they need to do. At the time, he says, much of the fitness industry was focused on working out to develop muscles and look good, but there wasn’t much for people who just wanted to do everyday things. 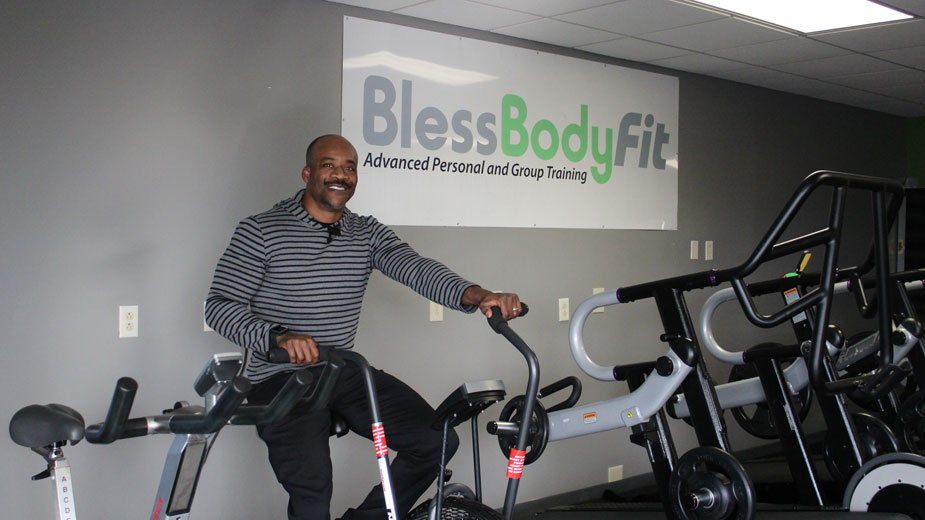 When he started, Moss didn’t have much capital to spend on equipment, so he installed what he could afford: basic tools that could supplement natural movement.

“I had some TRXs, some bands, some kettlebells, some medicine balls and some ropes,” he says. “Machines dictate what you can and cannot do. If you use a leg extension machine, you just sit there and extend your leg. That’s not a movement you perform in everyday life. We need to be able to function and be strong by using yourself.”

Equipment is one the largest costs of starting a fitness center. Fitness Together’s Mellinger says the equipment costs for each of her franchises is around $30,000, a fifth of the total start-up cost.

“We don’t have a ton of equipment, but there’s lots of free weights and functional stuff. It adds up because there’s a rack of dumbbells in all our rooms, battle ropes in all our rooms. So it’s buying three of everything,” Mellinger says.

The Focal Point’s Morakis aims to replace one piece of equipment each year.

“It’s very expensive. I don’t rent any of it. I buy it outright because I’m a small business,” he says. “I have high-end equipment anyway. So when I’m replacing something, it’s usually to a higher quality.”

Creekside repairs equipment when it can and replaces it if repair isn’t feasible, either in terms of maintenance or cost, Hillman says.

“If it’s a couple years old and something breaks, you fix it. If it’s 10 years old and the motor goes, you have to weigh your options. It may be X dollars to fix it, but Y dollars to get a new one,” she says. “You consider the life of the piece before you pitch it for a new one.”

The location itself is also important to keep customers coming back. Fitness Together’s Mellinger says she aims to put her five centers – in Canfield, Poland, Howland, Medina and Fairlawn – near residential neighborhoods.

“Our clients come three days a week. So they don’t want to drive from Howland to Canfield three times regularly. You’re going to appeal to about a three-mile radius,” she says.

For Moss at BlessBody, his clientele comes from the Youngstown-Warren area, as well as the Shenango Valley. His space in Liberty on Belmont Avenue provides easy access to interstates 80 and 680. Most of his clients drive about 20 minutes, he says, either for group or one-on-one sessions.

“People will come for something they want and when your goal is to be different in your own category, you’re not competing against anyone else,” he says.