The board also authorized the port authority’s executive director and legal counsel to finalize negotiations with Ross Development for a lease on the air cargo building during its annual joint meeting with the boards of commissioners of Mahoning and Trumbull counties.

In addition to conducting its regular business, port authority staff provided an overview of the port authority’s economic development and aviation activities for the commissioners and guests. About 30 people attended the meeting, which was held at the Penguin Club in Youngstown State University’s Stambaugh Stadium.

Benefits of the capital lease arrangement with TJX include exempting building materials, but not equipment, used in construction, said Anthony Trevena, the port authority’s director of economic development and head of its Northeast Ohio Development and Finance Authority. The exemption will save TJX approximately $3 million in sales taxes, he said.

A Mahoning Valley resident who has worked for TJX for 17 years, Hernon recalled when Mark Walker, HomeGoods senior vice president for real estate, initially approached him to narrow down potential sites for the distribution.
Although Walker provided him with “a bunch of demographics and other reports,” the “one thing missing” was anything that addressed “the work ethic of the people” of the Mahoning Valley, Hernon said. 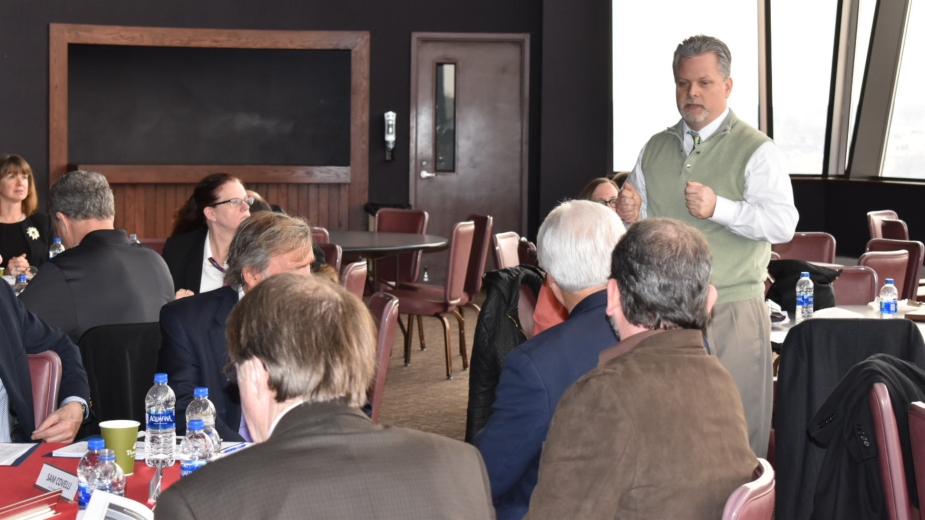 The company is waiting for approval from the U.S. Army Corps of Engineers to move forward before it can close on property acquisition and begin construction, Hernon said.

Dan Keating, the port authority attorney, said he expected to finalize a lease later in the day with Ross Development, Howland, for the air cargo building. The board would then vote on approving the agreement at its next meeting.

According to Keating, Ross plans to add onto the existing building for hangar space, and is exploring options for the rest of the building.

Once its hangar space is completed, Ross will relocate the aircraft it now has at Winner Aviation, said John Moliterno, the port authority’s executive director. All the airport’s existing hangars are now full, he said.

Arthur Daly, vice president of Eastern Gateway Community College, reported that equipment is being moved this week into the renovated Harshman Building. Eastern Gateway is leasing the ground floor and second floor of the building from the port authority, where it will offer space for health and medical courses and for its baseball team. The port authority purchased the Harshman Building last year.

The community college realized a couple of years ago it “didn’t have a lot of room for expansion” to grow its health programs and better serve the underserved at its Youngstown Campus. “What better way to do that” than go into the adjacent building, Daly said. 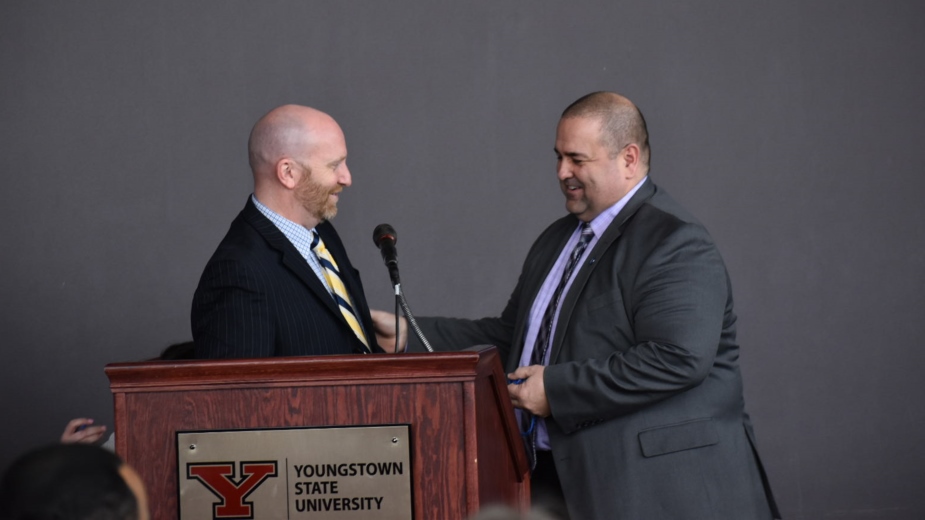 The port authority also assisted Eastern Gateway by providing space at Youngstown-Warren Regional Airport for the trucks used to train students in its new Commercial Driver’s License program, he said. Eastern Gateway has a letter of intent with the port authority to occupy the building’s first floor, where it plans to relocate administrative offices. That move is expected to come by fall, Trevena said.

Despite the loss of regularly scheduled aviation service at the regional airport with Allegiant Air’s departure early last year, the airport has 116 touchdowns per day every day, Moliterno reported.

“There’s other activity that it’s our responsibility as the port authority to make sure the runways are safe,” he said. About 10% to 15% of those touchdowns are military flights. The Youngstown Air Reserve Station shares the runways with the airport.

As part of his report, Moliterno, joined by staff, provided the commissioners with an overview of the port authority’s activities.

The port authority was formed in 1992 by both boards of county commissioners to take over operation of what was then Youngstown Municipal Airport from the city of Youngstown. Operating the airport remained the port authority’s focus until 2008, when it established an economic development division to capitalize on the powers port authorities have under state law.

The presentation touched on aspects including the growth of Pittsburgh Institute of Aeronautics’ campus at the Vienna Township airport, the YARS joint land use study that is underway, urban revitalization projects such as the DoubleTree by Hilton Youngstown Downtown Hotel and its work with the city of Warren to find new uses for dormant properties, and its management of Castlo Industrial Park.

“We still have the legacy costs of being a post-industrial community,” Trevena said. “We’ve come a long way. The wind is at our back as a community.”

Pictured above: Anthony Trevena presents an overview of economic development and aviation activities at WRPA’s annual joint meeting with the boards of commissioners of Mahoning and Trumbull counties.

By BILL KOEHLERCEO, Team NEO CLEVELAND, Ohio – Team NEO accelerates business growth and job creation throughout the 18 counties of the northeastern Ohio region. As the designated JobsOhio network partner, we help connect companies to resources they need to…