Preserving the Heritage Of ‘The Mother Road’

Route 66 has its place in history. One of America’s first transcontinental roads, it was built after automobile ownership sky-rocketed thanks to Henry Ford’s assembly-line production. The route was officially established in 1926. It starts in Chicago, goes through Missouri, Kansas, Oklahoma, Texas, New Mexico and Arizona before ending in Santa Monica, Calif.

Route 66 was the first all-weather road from the Midwest to the West Coast. Motels, restaurants and roadside attractions were established along the 2,400 miles. Then, in 1956, President Eisenhower created the Interstate Highway System, which led to the demise of Route 66. In 1985, it was decommissioned.

With the loss of recognition as a national highway, the historic corridor stopped receiving the benefits that come with this designation, such as signage, representation on roadmaps and, more importantly, federal funding. Thus, Route 66 associations began to form along the corridor.

Members of these groups understood the highway’s historical and social significance and began working with state and federal agencies on initiatives to preserve, educate and promote Route 66.

Route 66 traverses eight states, urban and rural areas, and diverse landscapes. Character-defining features of the cultural landscape include the road itself, its bridges, local architecture, and the nature of the communities linked to the corridor. Portions of the road in Arizona, Illinois, New Mexico and Oklahoma, are labeled an All-American Road or a National Scenic Byway.

Through the years, many segments of Route 66 were modified or destroyed, compromising its historical and cultural integrity. While Route 66 is a living highway, and continues to evolve, if changes to the corridor are made without restriction, its charm and appeal will be lost.

In 1990, Congress passed the Route 66 Study Act, which recognized that it had “become a symbol of the American people’s heritage of travel and their legacy of seeking a better life.”

In 1987, the Historic Route 66 Association of Arizona was formed by a small group of state residents. In 1987, as a result of their efforts, the state dedicated Route 66 from Seligman to Kingman, Ariz., as Historic Route 66. The designation was later bestowed upon Arizona’s entire Route 66 corridor.

The Route 66 Association of Illinois was formed in 1989. Like others, its purpose is to preserve, educate and promote, while enjoying the past and present of Route 66. Expanding beyond the state borders, the association takes part in cooperative national efforts that promote the highway’s interests. The include preservation efforts, fairs and other public events along the corridor.

Each of the eight states along Route 66 have associations and multiple associations exist throughout the corridor – each with their own set of goals and objectives. They all share a love of the corridor, and a common mission: to preserve, educate, and promote the Mother Road.

Among the many associations,  two support the entire road: the Route 66 Chamber of Commerce, and the Route 66 Alliance. The chamber was formed in 2006 by Ron Hart, a Missouri resident and a life-long traveler of the Mother Road.

A bit different in its founding is the Route 66 Alliance, based in Tulsa, Okla., which was created by Rick Freeland, a resident of  Washington D.C., and Michael Wallis, who lives in Tulsa. After receiving a book, “Route 66: The Mother Road,” from his father, Rick decided to take his first trip along the corridor. As part of his journey, he visited family in Oklahoma, and it was during this visit that Rick and Michael met.

Michael Wallis wrote “Route 66: The Mother Road,” and is known for taking John Lasseter of Disney/Pixar on a journey along Route 66 for the making of “Cars.” Their trip included a stop in Galena, Kan., where they met the inspiration for Tow Mater, a main character in “Cars”.

The Route 66 Alliance is the lead organization for the International Route 66 Festival. The alliance organizes the cooperative effort, working with host destinations, state alliances and government agencies to promote the festival.

The festival is hosted by a different city along the corridor each year, and managed by the host destination. This year, the 18th Annual International Route 66 Mother Road Festival takes place Sept. 27-29 in Springfield, Ill. 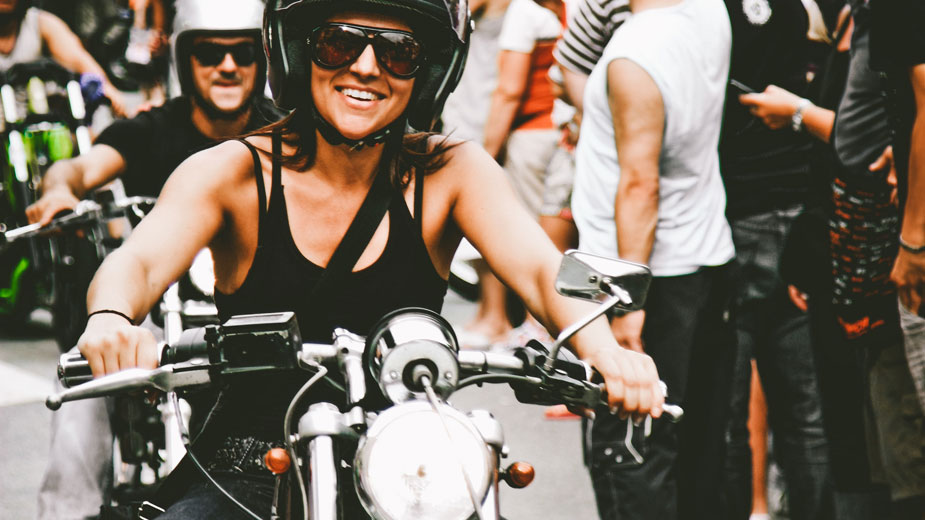 Motorcycles. We all see them, hear them, and many of us ride them. But how often do we stop to consider these riders as tourists and how they impact local economies? This article looks at motorcycle tourism as an anchor…