WAMPUM, Pa. – Beneath the hills of southern Lawrence County, Pa., warehouses stocked with everything from powdered whey to classic cars are kept “safe from fire, flood and enemy attack.”

So says an old, framed advertisement in the offices of Wampum Underground, a subsurface commerce center at 1605 Old Route 18 in Wampum, Pa. Once a limestone mine operated by the Crescent Stone Co. from 1870 until 1946, the space – 150 feet at its deepest – now serves as storage for anything from perishable food and dairy products to industrial supplies to classified documents and paper records to vehicles.

Since December 2005, Wampum Underground is the featured holding of Wish Development in New Castle, says the owner and president, Michael Wish. There isn’t much competition for underground warehouse space in the area, which has been a “mixed blessing,” he says.

“We’ve had to combat the idea that it’s underground and it’s dark and it’s drippy, and all sorts of preconceptions,” Wish says. “It’s bright. The floors are clean and polished.”

The natural walls and ceiling of the cave are painted white and illuminated with fluorescent bulbs, while a layer of concrete provides a flat, smooth floor. The four-foot thick limestone ceiling is supported by 1,500 pillars that are 30 feet in diameter. 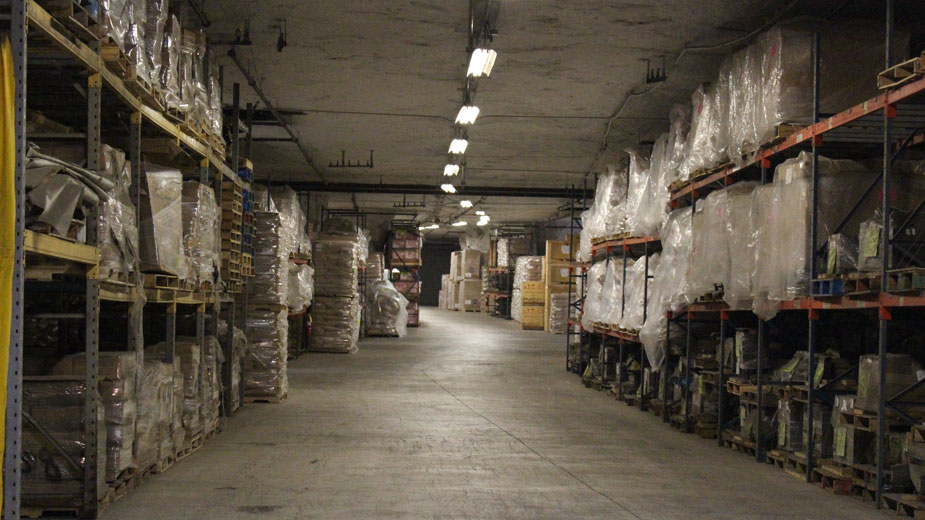 A former limestone mine, Wampum Underground is now a subsurface storage center for anything from perishable food and dairy products to industrial supplies to classified documents and paper records to vehicles.

Rooms are clean and secure, sealed from moisture and dust, well lit and pest-free, he says. Interior truck docks allow for deliveries without having to deal with icy conditions.

The entire space is climate controlled maintaining a consistent 65-degree Fahrenheit temperature and 60% humidity, which can be further adjusted inside individual warehouses. Wampum keeps a high level of security with access control doors at both entrances and high-definition CCTV coverage throughout.

Its most distinguishing feature is the “brute size of the place,” Wish says. Of the 2.5 million square feet, 1.1 million are converted into buildings and roadways, including 750,000 square feet of leased and public warehouse space, and 225,000 of space for offices, record centers, light industrial, maintenance and corridors. 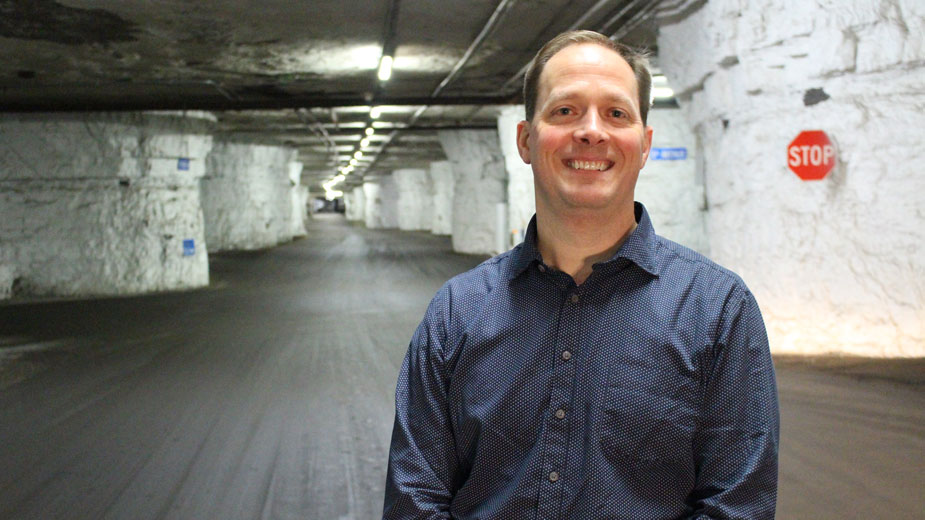 “There aren’t too many places that have 100,000 square feet of quality warehouse space on the shelf,” he says. “You can maybe find an old steel mill that’s empty, but it’s got a lot of hair on it.”

When driving their semis into the underground warehouse for the first time, drivers usually respond with, “This is crazy,” says Wampum relationship manager Allison Frickanish, who is training to take over as general manager. However, the halls are tall and wide enough “for two trucks to pass each other on the roadway,” she says.

The Wampum facility is at capacity, with most storage used for vehicles – there are some 2,400 boats, trailers and recreational vehicles stored there. The controlled climate allows owners to forgo typical winterization costs, Wish says.

Public warehousing space is managed by the Wampum staff of 10 and serves a broad range of customers, including dairy products, such as powdered milk and whey, he says. Other products include IT equipment, powdered metals, refractory products and machine products, to name a few. 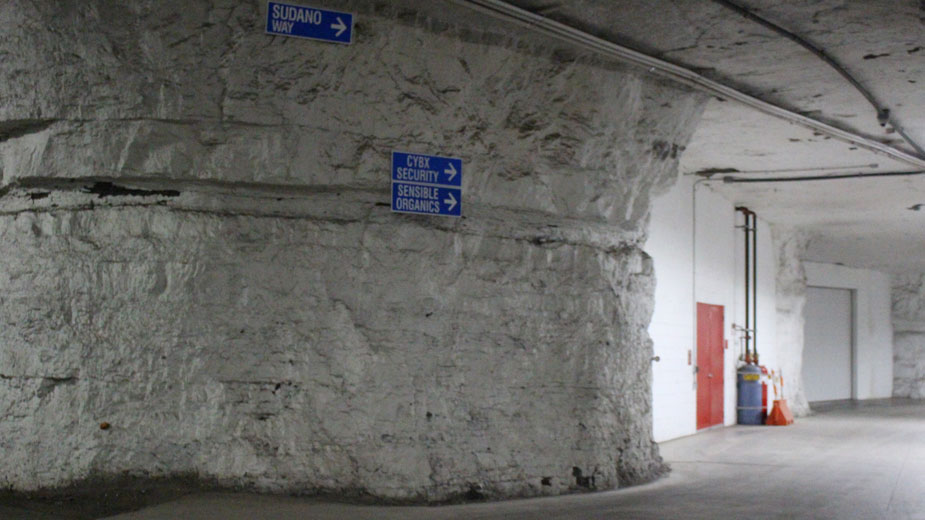 The limestone ceiling at Wampum Underground is supported by 1,500 pillars that are 30 feet in diameter.

Stored products can average from 10 pallets up to 5,000. For a 25,000-square-foot space, total occupancy cost runs anywhere from 35% to 105% less than a typical surface building, he says.

“We have big pipes draped in black plastic used for desalination plants that have some UV sensitivity,” he says. “We stored, at one point, thousands of pallets of molybdenum, which is a semi-precious metal of some sort that’s pretty darn expensive.”

Private warehousing customers include general and bulk cargo distributors headquartered throughout the East Coast and U.S. as well as manufacturers and importers, he says. Those customers hire their own employees to manage the inventory.

“A lot of times there’s a local connection,” he says. “It might be a national company, but there’s a connection in Pittsburgh or somewhere locally.”

Among the private customers is a records management company that assumed the clientele of Underground Archives, a business formerly owned by Wish and his business partner, Dan Bruce. Customers include domestic and international government entities, as well as those from the film and sound industry in Hollywood and New York City.

While Wish cannot disclose specific titles, the vaults at Wampum house “thousands of pallets” of film and sound master-reels, he says. “In fact, this facility housed the original ‘Star Wars’ trilogy.” Wampum has also been used as a filming location, including the 1985 film “Day of the Dead” by George Romero.

A lawyer by profession, Wish practiced nine years until he bought Wampum Underground. “That’s when I started calling myself a developer,” he says. Before then, he invested in real estate part time, starting in 1993 with a building he bought with money he earned selling pumpkins on his family farm. 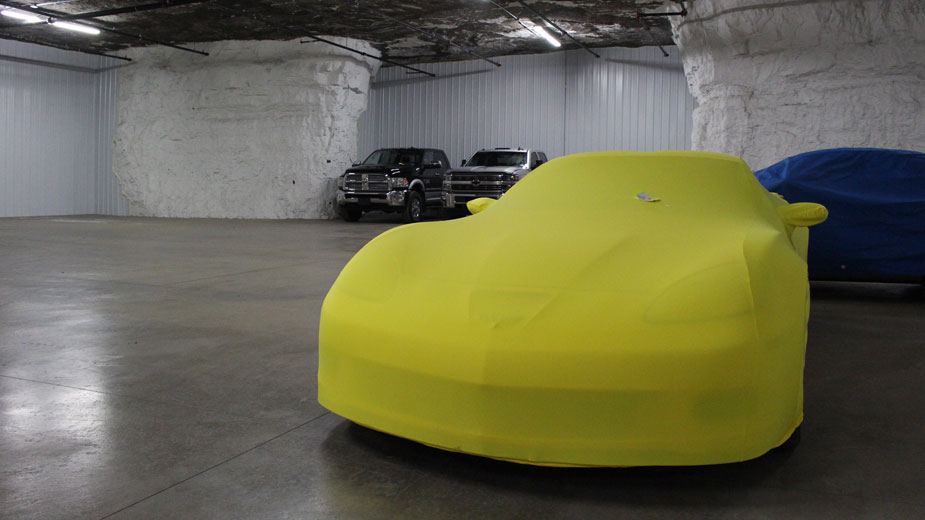 The owners of more than 2,000 recreational vehicles, boats and classic cars at Wampum benefit from not having to worry about winterization costs.

“You can’t be in a smaller market like Lawrence County and decide ‘I’m an industrial guy and that’s all I’m going to do,’ ” he says. “You have to go where the opportunities are.”

Last year, Wish completed construction of the Ward’s Ridge class A office development at 101 Nesbitt Road in New Castle. Tenants include the vital records department for the Pennsylvania Department of Health and the offices of Janney Montgomery Scott LLC. Another 4,218 square feet is available.

Just down the road sits Nesbitt Place, where Wish Development “really came into its own,” Wish says.

The 65,000-square-foot former headquarters of the Fisher’s Big Wheel department store needed some serious work, he says. “Water was pouring through the roof. every system was defunct,” and it seemed that the architect had an “intentional disregard” for the Americans with Disabilities Act, he says.

Wish renovated the building, adding a new roof, HVAC, two elevators and a north-to-south egress corridor, and made the building ADA accessible. 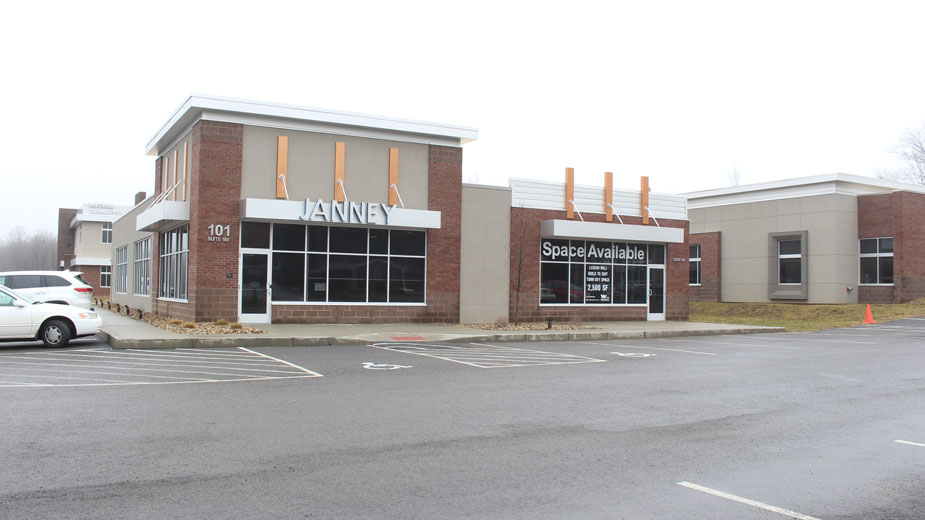 Most customers come from within the state, but Wish has had some success with out-of-state companies as well. Last year, it helped to sell a 45,700-square-foot property in the Neshannock Business Park to Container Services Inc. of Hillsboro, Kan. The manufacturer of plastic containers – including ones shaped as bears that are used for honey – will start with two shifts of up to 75 workers to serve markets in Pennsylvania, Ohio and Michigan.

The building, which formerly housed Axion, was 12 years old when Wish bought it, despite criticism from a friend, an appraiser, who thought he paid too much, he says. However, it is in good condition and is “the only building like this in Lawrence, Mercer, Beaver, Butler” counties, and would cost “well north of $100 per square foot” to reproduce in the area, he says.

While new construction can be fun, retrofits and renovations can be more cost-effective for customers, according to Wish.

“New construction is so brutally expensive, especially with the stormwater features, the environmental features,” he says. “You might take what would otherwise be a pretty simple project and end up with $50,000 in engineering in the blink of an eye.”

“They were looking for space and we had a building that clearly worked for them with the square footage, with the location,” Borrelli says. “And the design was able to fit their needs too.”

Demand is driven by customers looking for flexible space “that’s designed towards them and a convenient price point,” he says. Rather than pay high prices in major metros like Pittsburgh or Cleveland, customers want affordable, high-end construction that can be completed on time. “And we hit that,” he says.

Through 2019, flex space – shared spaces between different businesses – will be the next big trend in Lawrence County, he says. It is already picking up steam in Pittsburgh.

As for the future, Wish says it’s important to take care of existing properties and identify their value so they are ready when national customers show interest. It’s a point of view that is slowly spreading through Lawrence County.

“This area has been in recession for so long that culturally it takes a while to get away from that,” he says. “I see that changing slowly. I’m excited about possibilities moving forward.”