YOUNGSTOWN, Ohio — A marketing campaign rooted in America’s history will help build the future of Eastern Gateway Community College amid the coronavirus pandemic.

The America’s 21st Century Workforce campaign was inspired by marketing posters for the Works Progress Administration, established in 1935 as part of President Franklin D. Roosevelt’s New Deal during the Great Depression. The Prodigal Co. played off the idea and vintage aesthetic of the posters for its campaign, which focuses on “the nobility of work, the necessity of work” for individuals and the country, says the marketing firm’s president and lead brand strategist, Jeff Hedrich.

“Work was positioned as something patriotic for the country; that you were doing something productive to move society forward,” he says. “We wanted to play off that.”

In speaking with individuals who recalled the posters, Hedrich learned the campaign was inspiring to them and became part of the culture, “like, this is what we’re supposed to do to help one another,” he says.

“That’s pretty good proving ground coming out of the Great Depression,” he says. “So you want to have creative that’s noticed, that’s new and fresh, but yet you have some basis to believe that it can be productive.”

The overall goal of the campaign is to increase enrollment and raise awareness of EGCC’s online-based education. While many might not be comfortable going back to a physical classroom, 88% of Eastern Gateway’s students take classes online, and the community college has worked to convert as many of its courses as possible to online learning, says its chief financial officer and interim president, Mike Geoghegan.

During meetings with his cabinet, Geoghegan says the college wanted to use funding from the Coronavirus Aid, Relief and Economic Security Act’s Higher Education Emergency Relief Fund to create a “last dollar scholarship,” to cover what tuition expenses financial aid and Pell grants didn’t. The scholarships are available to residents of Mahoning, Trumbull, Columbiana and Jefferson counties to complete their studies or begin a college degree with EGCC at “absolutely no out of pocket costs,” he says.

“We wanted to do something for the residents of the four counties during this period and time when everybody’s either at home and not working or thinking about a possible new career,” Geoghegan says.

At this point, Eastern Gateway hasn’t been financially impacted by the coronavirus pandemic, and “our online programs are actually growing,” he says. Geoghegan expects enrollment to reach nearly 18,000 students in the summer. By the second eight-week term in the fall, he predicts enrollment to be between 34,000 to 35,000, a 45% year-over-year increase, he says.

Collaborating with Remington Road Group, EGCC’s communications agency, Prodigal was tasked with raising local awareness of the college’s online programs to encourage individuals who aren’t comfortable with going back to the physical classroom to enroll, Hedrich says. The campaign needed to communicate the message “in a creative way that cuts through all of the messaging of COVID-19” and instills hope and optimism, he says.

Hedrich cited “The Last Dance” documentary series, which follows the 1997-98 Chicago Bulls in its quest for its sixth NBA championship. In it, Michael Jordan said his life and everything he does begins with having the hope that he could be great, Hedrich recalls. It’s a message he says he found inspiring.

“It’s about the hope that ‘Hey, I can take some control over my personal destiny,’ ” Hedrich says. “We want to position EGCC as the educational institution that can help you do just that.”

The EGCC campaign will run on TV and in print, as well as some billboards and digital platforms. It targets two specific demographics: those who graduated high school recently and are in the 18 to 24 age group, and those who are around 40 who are thinking about a career change, he says.

With social distancing still in effect during the pandemic, Prodigal was limited in what it could do to execute that message – it couldn’t shoot new photos or video. Jeremy Scott, senior multimedia designer with the agency, played off the vintage look of ads for the WPA during that time and re-envisioned them for the 21st century.

“The best ones had figures in them and they look terrific,” Scott says.

The artwork for the campaign includes EGCC’s primary colors of blue with green accents and prominently incorporates the torch icon used in the college’s logo. The idea of the torch lends itself to the overall theme of the campaign, Hedrich says, as it’s been used as a symbol of leading the way, like with the Statue of Liberty or the Olympics.

“Once we nailed this image down, the others came pretty quick,” Scott adds.

Though there are still no details as to when public and private schools in the state will open their brick-and-mortar buildings, Hedrich advises businesses to start thinking about their marketing plans coming out of the stay-at-home order. He acknowledges that some might not have the marketing budgets they normally would; Prodigal itself was not immune to the crunch, with most of the agency’s clients at least reducing their marketing efforts and half halting efforts completely, he says.

But with businesses starting to reopen, customers are getting out again and Hedrich sees that as an opportunity to “get back on track” and change consumer habits. As the coronavirus has disrupted the market, it’s created a time for customers to rethink things, he says, giving business owners an opportunity to engage customers they traditionally didn’t reach with their message.

“People rethink things. ‘Who’s going to make this easy for me? Who’s message is out there? Are they less expensive? Do they provide a better service,’ ” Hedrich says. “What’s your message? What’s your offering? Is there a different way to position it?”

For Eastern Gateway, which is expanding with the launch of a new associate degree in social work this fall and looking to purchase two buildings in downtown Youngstown, “it’s an important time to market,” says Geoghegan.

“Let people know that you’re still here and that you’re ready to meet them at where they are and what their needs are,” he says. “There’s a lot of sort of anxiety out there and people aren’t quite sure what post-COVID is going to look like. Our view is we’re perfectly suited to meet your higher education needs.”

by Beautiful Whirl'd - 2 hours ago 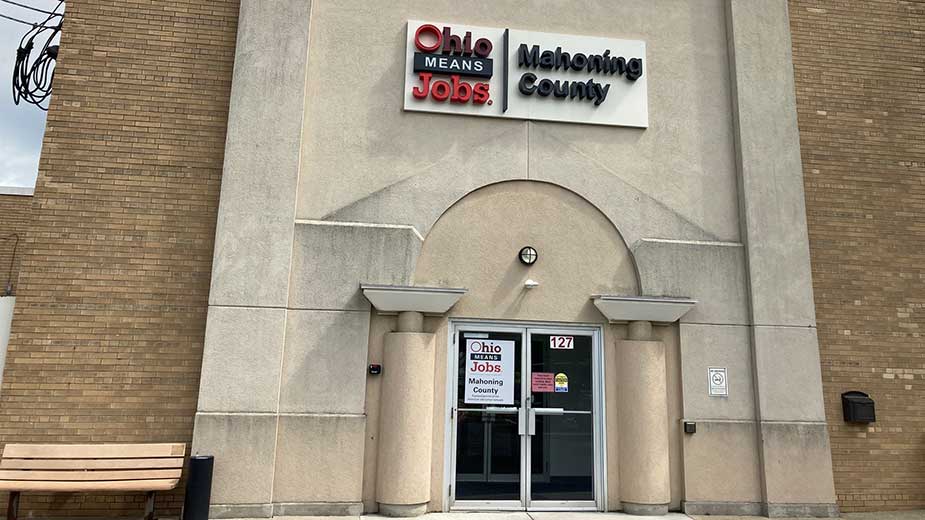 BOARDMAN, Ohio – After being closed since March 2020, the OhioMeansJobs office here has reopened in a new and larger location. The state agency’s newly renovated office is in Boardman Plaza, at 127 Boardman Canfield Road, where it occupies space…

YOUNGSTOWN, Ohio – The Regional Chamber Foundation and private equity firm ScaleCo have teamed up to aid family-owned businesses during transitional periods. The Family-Owned Business Program will begin in June. Presented in coordination with Huntington Bank and HBK CPAs and…

YOUNGSTOWN, Ohio – The Youngstown Business & Professional Women’s Club will discuss the pay gap between men and women at its monthly meeting. The meeting, a hybrid event with limited in-person attendance and a simulcast on Zoom, will be held…

by Beautiful Whirl'd - 2 hours ago