LORDSTOWN, Ohio – Mayor Arno Hill and Trumbull County business leaders are ramping up efforts to keep the $160 million HomeGoods distribution center project — and about 1,000 jobs — in the village.

Last week, Massachusetts-based TJX Companies Inc., which operates the HomeGoods, TJ Maxx, and Marshalls retail chains, sent shockwaves throughout the Mahoning Valley when it withdrew its application to rezone seven parcels that were part of the 290-acre site it identified for the project and said it was evaluating its options. 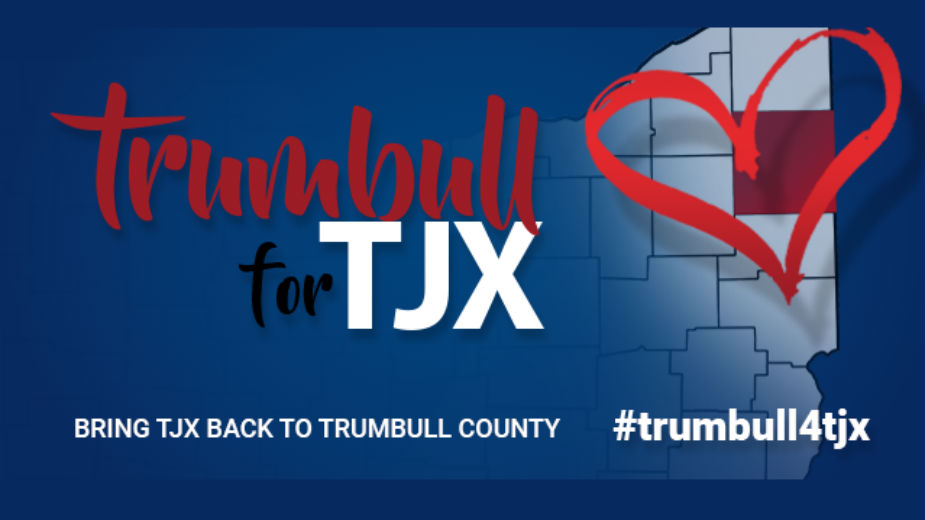 The Youngstown/Warren Regional Chamber initially submitted 23 sites in Mahoning and Trumbull counties for TJX to consider. All but one of those sites – the 290-are site TJX selected but faced resistance from local residents – are believed to still be under consideration, including some in Lordstown and others outside the Mahoning Valley, local officials said.

Actionable Insights, a digital marketing firm in Sharon, Pa., launched a social media campaign to attract the project. Jason Wood, owner and CEO, said he was approached Monday by Warren business leaders – he declined to identify them – to see “if we could do anything to try to help in any way to show that while there were a handful, maybe 100, people that did not want this project, tens of thousands do.”

The company created a Facebook page to promote community support. Trumbull County residents are encouraged to like the page and to post comments showing their support for the project with the hashtags #trumbull4tjx, #trumbullfortjx, #tjxcompanies and #homegoods.

“We will be using hashtags to try to tag TJX Companies and some of their officials so they can see this county is in full support of this project,” Wood said.

By ANDREW WELSH-HUGGINS Associated PressCOLUMBUS, Ohio (AP) — Intel’s announcement earlier this year of a $20 billion manufacturing operation bringing thousands of jobs to rural Ohio was greeted as an economic boon. But behind that enthusiasm lurked a pressing question. “Where are…