CoreLife Eatery, which specializes in salads and other healthful foods, is occupying one end of the plaza and a FedEx Office is moving from its space across from the Southern Park Mall to take the other end, reports Jim Sabatine Jr., managing member of Trilogy Realty & Development, Canfield. Firehouse Subs has the middle bay of the plaza.

“They like the idea of being at the traffic light,” Sabatine says of FedEx. “They like the site so much they came to us. We didn’t go knocking on their door.”

Further west on 224 in Canfield, where South Raccoon Road intersects the busy retail corridor, CTW Development Corp., Boardman, is building a 17,000-square-foot plaza on the site of the Do-Cut Sales and Service store that burned down about seven years ago.

Do-Cut will be among the new plaza’s tenants and CTW is in negotiations with two more, says its president, Chuck Whitman. “We’re just about ready to get them signed up.”

The plazas are two examples of the redevelopment taking place along a retail corridor that has seen a spike in activity in recent years. Tenants in newly developed or redeveloped properties along Route 224 include Starbucks and Chipotle Mexican Grille near the state Route 11 ramps. Since 2016, Giant Eagle’s GetGo convenience store chain opened two new store-cafés – one near Route 11 and the other just east of the Southern Park Mall.

In addition to Trilogy’s new plaza in Boardman, Horvath points to the Panera Bread that recently relocated from the Shops at Boardman Park to South Avenue near Route 224, as well as the new 7 17 Credit Union branch in Canfield.

“As you know, there’s talk of Meijer going in,” he adds. This summer, Boardman Township approved rezoning property the retailer is interested in acquiring at Route 224 and Lockwood Boulevard.

And there is “active interest” in the former Kmart site in Boardman, at the southeast corner of the South Avenue-Route 224 intersection, Horvath reports. “It’s just a matter of time” before that “prime location” is redeveloped, he predicts.

“It’s not a matter of if but when,” he says. “There is limited open retail area in Boardman so you really have to redevelop existing property or go someplace like the former Kmart site.”

The corridor has been in a “redevelopment mode” in recent years, agrees Bill Kutlick, broker/owner of Kutlick Realty, Boardman.

Projects that Kutlick is involved with include the repurposing of the Mayo & Associates building, which is being demolished to make way for a Raising Cane’s Chicken Fingers restaurant.

“It’s more economical to build from the ground up at times than to try to renovate a building to the specific needs of a user,” Kutlick says. Not only does the tenant get a building specifically tailored to its needs, but the structure is often more energy efficient than the property it replaces.

“The real issue is that trends are changing,” such as trends in retail, dining and even the size and depths of retail spaces, he continues.

For example, a depth of no more than 75 feet is considered optimum for a shopping center, whereas they previously had been built to a depth of 150 feet to 200 feet. “What do you do with that other 75 or 100 feet? It’s useless,” he says.

The additions of the new GetGo, Starbucks and Chipotle in Canfield “really spurred everything along,” translating into higher property valuations, Berkshire Hathaway’s Horvath says. In 2011, the site that 7 17 purchased for its new branch – previously occupied by a law office – was valued at $161,780, according to the Mahoning County Auditor’s website. The credit union purchased it for $920,000 in December.

The site for the new South Raccoon Road plaza, which should be completed over the winter, was prime for redevelopment, CTW’s Whitman says. Meanwhile, CTW has a banquet center under construction near the Courtyard by Marriott at the Westford development in Canfield.

“We’ll be finished with that next June,” Whitman says.

In addition, a groundbreaking is expected in the next few weeks for another Route 224 project, he says.

Sabatine says he is considering a second phase at the site of his plaza or potentially a ground lease on remaining available space.

Jim Grantz, a broker and associate with Edward J. Lewis Inc., Youngstown, says he’s seeing an increase in vacant land sales for new projects, including a seven-acre site for a medical project and a three-acre site for an office project near Interstate 680 in Boardman. In North Jackson, Grantz expects a deal to close soon for a new fast-food restaurant near Bailey Road and Interstate 80.

“The inventory of existing office space is shrinking,” leading some clients to buy land to build new, he continues. Grantz attributes the rise in activity to “a general heating up of the economy, locally and nationally,” that is “creating a lot of enthusiasm and confidence in the marketplace.”

Horvath reports state Route 46 near the Eastwood Mall in Niles is becoming more active and he is working with a couple of clients.

“That is a great market from [the state Route 82 bypass] going north to [U.S. Route] 422,” he says. Toyota of Warren recently moved to a Route 46 site near Route 422 that gives it great visibility from both roads and room to expand if necessary, Horvath notes.

At the southeast corner of routes 46 and 422, GetGo recently opened a third location on a site previously occupied by Golf Headquarters and Raphael’s Beauty School, Kutlick says.

On the former Adamas Jewelry and Gifts site in Boardman, Kutlick says he is working with a national tenant to occupy one of the bays of a new plaza being developed there.

His firm also sold the former Austintown Inner Circle to a developer that is converting it into a Domino’s Pizza store. In addition, on Route 46 in Austintown, Kutlick just put on the market 40 acres north of the new Sheetz gas station and convenience store and finalized a deal for the former Knights Inn property next to Starbucks.

Business for his company is up 30% so far this year from last year, Kutlick reports, but deals don’t always come quickly. Firehouse Subs, for instance, looked at the market for five years and other potential tenants have been courted for about as long.

“We continue to pursue those tenants but it takes a long time,” he says.

Pictured: A new plaza along U.S. Route 224 near Chemical Bank is just one of the handful of new plazas being built along the area’s major commercial corridors. 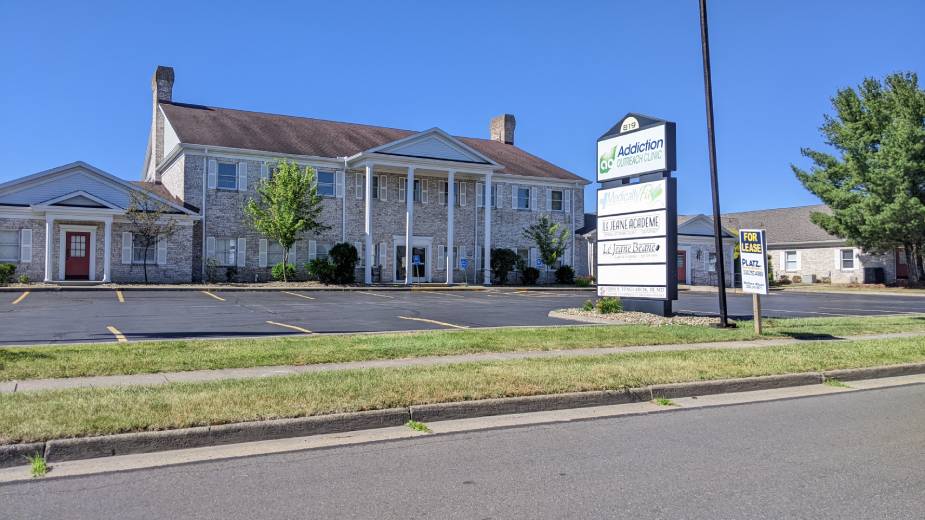