Roberto’s Barred from Sales over Back Taxes

YOUNGSTOWN, Ohio – Roberto’s Italian Ristorante in downtown Youngstown has been barred from making sales by the Ohio Department of Taxation for failure to pay back taxes.

Co-owner John Naples, according to WFMJ, said the closure is temporary and stems from a misunderstanding of the due date for the taxes. He said he thought the taxes were due Feb. 1 and the business plans on paying them.

The notice posted on the front door of the restaurant says the Department of Taxation has suspended Roberto’s vendor license, barring it from making any sales. 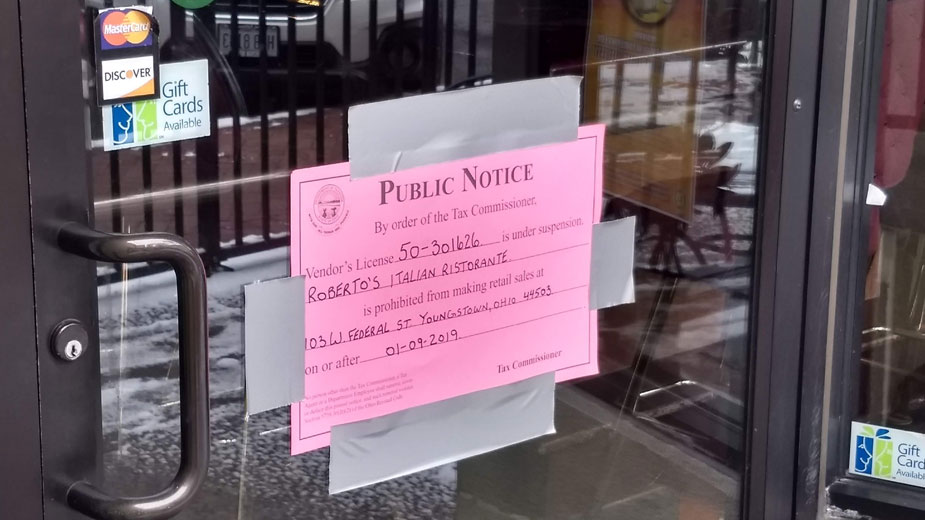 The department can suspend businesses and licenses if they fail to pay sales tax or file returns for two consecutive months or three months in a 12-month period.

WFMJ reported that the owners have contacted their attorney and are aiming to re-open later this week.

Calls to the restaurant went directly to an answering machine.