Robins Theatre Looks to Past, Future in Celebrating 100 Years

WARREN, Ohio – It has become routine for artists to comment on the beauty of Robins Theatre while on stage performing there.

Quite a few have gushed about the charms of the theater, which reopened in 2019 after a $7 million restoration.

It’s a sharp turn of fate for the venue, which opened in 1923 as a vaudeville house. It was later transformed into a movie theater before closing in 1974 and left to decay.

The reborn theater will celebrate its 100th anniversary this weekend with three concerts that will touch on several musical eras of the past century.

It starts Friday with American Pop, a concert featuring 1960s hitmakers The Box Tops, The Association and The Buckinghams.

Saturday’s concert will feature Pure Prairie League, Atlanta Rhythm Section and Firefall, who collectively scored many hits in the 1970s and ’80s.

The Count Basie Orchestra, which has its roots in the Big Band jazz of the 1930s, will cap the weekend with a concert Sunday.

Local developer Mark Marvin owns the Robins building. His company, Downtown Development Partners, restored the 1,350-seat theater to its original grandeur, painstakingly recreating the ornate plasterwork and refurbishing all seats and staircases. It also restored the main and upper lobbies to their original appearance, adding a massive chandelier that has become its focal point.

Marvin wanted to make the Robins a centerpiece of the city that fuels downtown’s renaissance as a nightlife and entertainment hub. Despite a temporary closure not long after its reopening because of the pandemic, the Robins has succeeded on both counts.

It was an uphill battle, at least at first. Rehabbing and reopening a theater is “one of the more risky” types of development projects, Marvin said. “Anything on the entertainment side is tough.

He tapped Ken Haidaris to book acts at the theater before taking on the project.

“We needed a Kenny,” Marvin said. “We couldn’t have done this without [his expertise in booking shows]. We met with him before starting the project, and if he would have said no, we would have walked away from it.”

Haidaris, owner of the Sunrise Inn restaurant just a few blocks away, has run the successful River Rock at the Amp concert series since he launched it in 2009.

The success of the Robins has been more than he expected.

“The people of the city have been very supportive,” Haidaris said. “We went through a learning curve at first as to what kinds of acts would sell in Warren and what kind would not, but we figured it out.”

The Robins, he said, has built a good reputation in the concert industry. Kent-based promoter Tom Simpson has joined the booking team, and the Robins now offers a mix of touring national rock acts, tribute concerts and more, and features shows just about every weekend.

The artists also love the theater.

“A lot of attention to detail went into it,” Haidaris said. “The dressing rooms are first class, and the acoustics are great.”

Every concern was addressed before the theater opened, he said, including security and free parking.

“It’s been very positive for downtown,” Haidaris said. “[Concert-goers] park their cars and then walk to a restaurant” before the show.

Another part of the Robins formula has been affordable prices for tickets and at the concession stand and bar, he said.

All live entertainment venues experienced an attendance slump in the wake of the pandemic, but both Haidaris and Marvin said ticket sales are returning to normal.

“It was sad that COVID came when it did because downtown Warren was on an upswing, and the Robins would have continued that trend,” Marvin said. “But things have started to click back. We’re happy with where we are. We have some ground to make up, but the fourth quarter [of 2022] was phenomenal.”

In rehabbing the theater, Marvin’s goal was to restore it to its 1920s look – not how it appeared in the early 1970s just before it closed.

“It’s completely different from how it looked in 1973,” he said. A 1959 renovation gave the lobby an art deco look, which Marvin’s crew eliminated.

“We stripped all that off, removed the false ceiling and got down to the original plasterwork from 1923,” he said. “It is as close now to the original design as you can get,” including the mirrored walls of the lobby.

Marvin is a Warren native who has been instrumental in revitalizing his hometown, but he called the Robins project “the most personal” one he has ever completed.

The Robins originally opened Jan. 9, 1923. It was commissioned by Daniel Robins, who was an early partner of Abraham Warner of the famed Warner Brothers – the Youngstown residents who would go on to found a moviemaking empire.

Pictured at top: The interior of the renovated Robins Theatre reflects its original grandeur.

RELATED:
The Box Tops Defined ’60s Pop to ‘The Letter’ 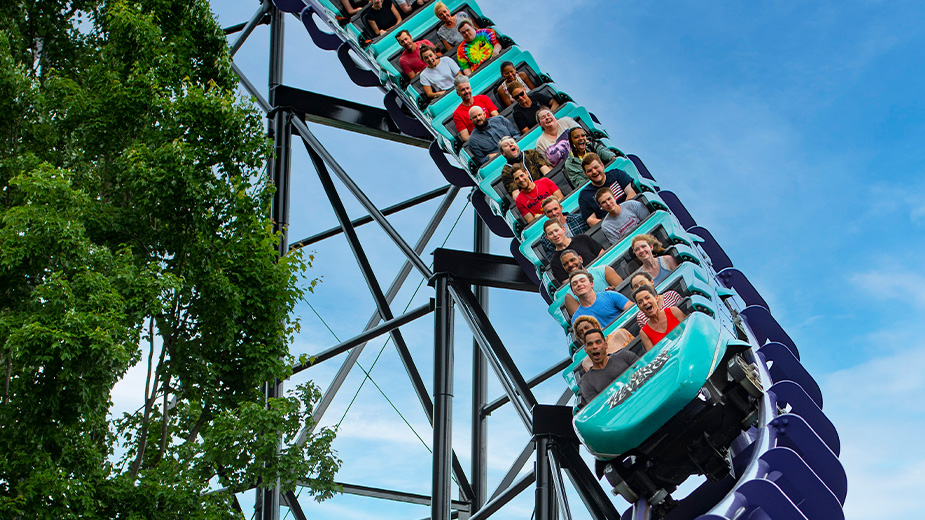