SALEM, Ohio – Since Julie Needs became executive director of the Sustainable Opportunity Development Center in February, she’s seen more and more inquiries from Salem businesses looking to expand, as well as from companies outside of Salem who are interested in moving to the city.

“It’s a good thing. We want those calls coming in,” Needs says. “They’re paying attention to Salem and seeing what’s being made here.”

Needs works with businesses in Salem and its surrounding communities by visiting companies, ascertaining their growth needs and connecting them with the right resources.

“Some manufacturers are looking at potential expansions,” she says. “We can partner them with Team NEO or JobsOhio to help them get that expansion done and help with workforce development and the training aspect.”

If a company inquires about moving into Salem, Needs tells them, “It’s affordable to run a business in Salem. The costs are very affordable as far as infrastructure, water, taxes.”

The SOD Center also works to secure grants for businesses. Year-to-date, the center has been involved in awards totaling $544,000 and leveraged over $1 million for those grants, Needs says.

Needs attributes part of the growth in local businesses to the economy. “The economy is doing very well and retrospectively it’s trickled down to Salem,” she says. “These businesses support businesses all over the country and all over the world.”

To accommodate business growth and help onboard new employees, this month the SOD Center is opening a training center, supported by a grant from the Appalachian Regional Commission, at its office on Pennsylvania Avenue.

“We’re not going to do the training but we’ll facilitate it and bring in trainers to conduct classes for companies,” Needs says. “That alleviates the business from having to pull someone off the line to do the training. And the minute their employee walks in the door as a new hire, they will be able to start working.” 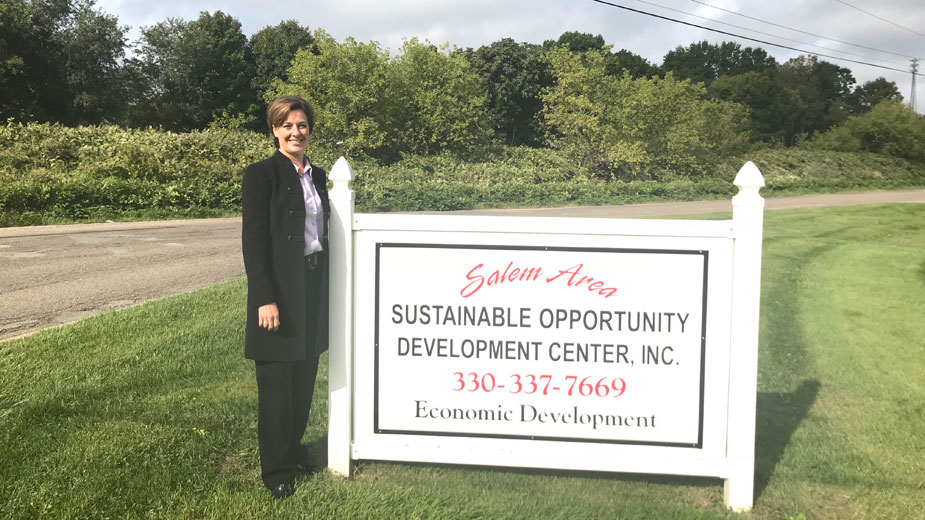 “Largely over the last six to eight months, these are entrepreneurs and manufacturers whether they want to expand or need help with retention,” says Penny Traina, executive director of the Columbiana County Port Authority. “Tad [Herold, director of Columbiana County Development Department] and I are out there boots on the ground every day so that’s helping to let people know we are here.”

The port authority offers tools and incentives for economic development in the county, while the development department works with local municipalities to make sure the infrastructure is in place to facilitate business growth.

Mike Halleck, Columbiana County commissioner, meets with Herold weekly to work on ways to help retain and bring new business to the county.

“We try to create an environment to show we’re open for business in Columbiana County,” Halleck says. If the county can help a business attain an enterprise zone or grant, it does, he says.

One of the businesses the port authority and county recently assisted is Compco Quaker Manufacturing in Salem. The port authority will administer a $200,000 Regional Job Training Grant to Compco, awarded by the Ohio Mid-Eastern Governments Association (Omega), which has $1 million available through the Casino License Fee Fund. Traina and Herold toured Compco last year and learned the manufacturer was interested in expanding its training program.

Compco plans to match the grant with $100,000 and use the funds to continue developing its training program. The project will start in January.

“We have always been very focused on educating people and helping them be able to do the best job we can for our customers who are ultimately our boss,” says Greg Smith, board chairman. “We take that seriously and this grant gave us an opportunity to extend that further and give the people at Compco more opportunities to learn and grow.”

Compco employees will work to develop the curriculum and hands-on training and teach classes for employees through the company’s intranet site.

And Compco is working with the SOD Center as part of the Salem Area Industrial Training Center & Workforce Initiative, collaborating with local businesses and the Columbiana County Career and Technical Center for job placement.

With the funds, Compco plans to train its 300-plus employees, create 50-plus jobs and work with more than 125 students over the next two years.

The training program will be “a complete catalog of education, from soft to hard skills,” Smith says. “You’ll be able to learn leadership, teamwork, writing, how to publicly speak, as well as how to run our machines. We already have some of this and we’re integrating and expanding onto this.”

Elsewhere in Salem, Quality Trailers has seen sales increase 50% over the 2½ years since Tim Troyer joined as president.

Quality Trailers produces around 90 trailers per week and employs 38 full-time workers year-round, even with most sales coming during warmer months. With the company’s site at 1664 Salem Parkway West at capacity, Troyer expects sales to plateau.

“Typically in the next few months we’ll stay at full production capacity, but accumulate some stock and then in early spring the sales are greater than what we produce,” Troyer says. “We usually sell out by July 1.”

With demand rising, Butech has handed out $1,000 bonuses to each employee twice this year.

The business employs 287 and is looking to hire at least 10 more machinists, welders and electrical engineers.

The hardest aspect of hiring new employees is “just finding enough people with the right skills and there’s not enough of them,” he continues. “Drug-related background problems and failure of drug tests isn’t terrible for us, but more than it’s been in the past.”

Buta expects the level of increased business Butech is enjoying to continue into next year.

Meanwhile, on the outer edge of Salem, Hickey Metal Fabrication is building its sixth plant, which secretary and treasurer Suzanne Hickey expects to be completed by the end of the year.

Hickey fabricates components for original equipment manufacturers, or OEMs, and has been a family-owned business since 1942.

“We have two state-of-the-art, new pieces of equipment to be in that building. That’s what we’re starting with and we’ll have welders in there and some other equipment in there to be determined as we move forward,” Hickey says. 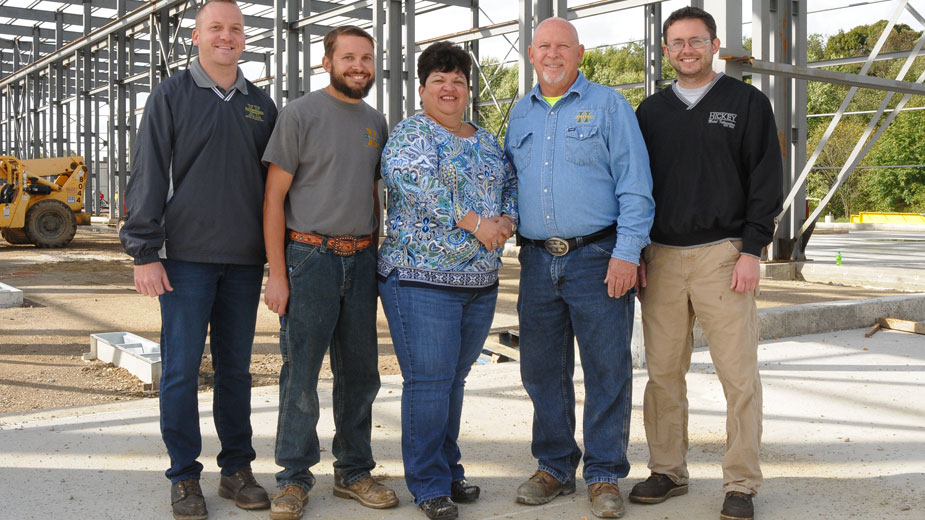 One of these pieces of equipment is the Trumpf TruPunch 5000, which is a fully automated machine that will help increase production of metal parts.

The second machine is the BLM CNC 2 bender, which will allow Hickey to customize metal configurations, ranging from a small bending radius to a larger, multiple invariable radius.

With the new plant and machines, the company is looking to hire between 20 and 25 employees.

“The economy, how people are spending and some of the new tax laws have enabled the larger companies we supply to grow,” Hickey says. “Everybody is growing and everyone’s busy. But we’re so busy because we’re good at what we do.”

Pictured: Quality Trailers President Tim Troyer says the Salem manufacturer is currently at capacity and will stay busy through winter.