Salute to Veterans: They Served and Still Serve

YOUNGSTOWN, Ohio – Throughout our lives, we are made aware of the contributions and sacrifices those in the military make, especially on television and through the power of movies.

As intriguing and powerful as movies such as “Saving Private Ryan” or more recently, “American Sniper,” can be, nothing affects a person more than hearing these military experiences firsthand from a coworker, relative or friend.

According to Bureau of the Census statistics, 18.5 million veterans of the military are in the United States with Ohio having the sixth-largest number of veterans. Lawrence and Mercer counties of western Pennsylvania combined have almost 6,500 military veterans.

The Business Journal spoke to three veterans about their service, at home and at work, in their communities.

A Gun and a Camera

Newton Falls native Rick Lisum began carrying rifles and cameras for the Marine Corps Reserve in Vienna Township after he enlisted in 1984. Later, he would carry a pistol and a badge for the city of Newton Falls.

“There were a few of us as photographers,” says Lisum speaking about his time in the Marines. “But when our unit transferred from a material-handling mission to the land support role in ’93, all at the rank of E5 [sergeant] had to find new jobs or get out.”

Lisum then joined the Air Force Reserve in 1994 as a photographer.

“I was going to join the Navy Reserve but changed my mind when my city manager at Newton Falls, where I worked as a police officer, caught me filling out the paperwork,” he says. 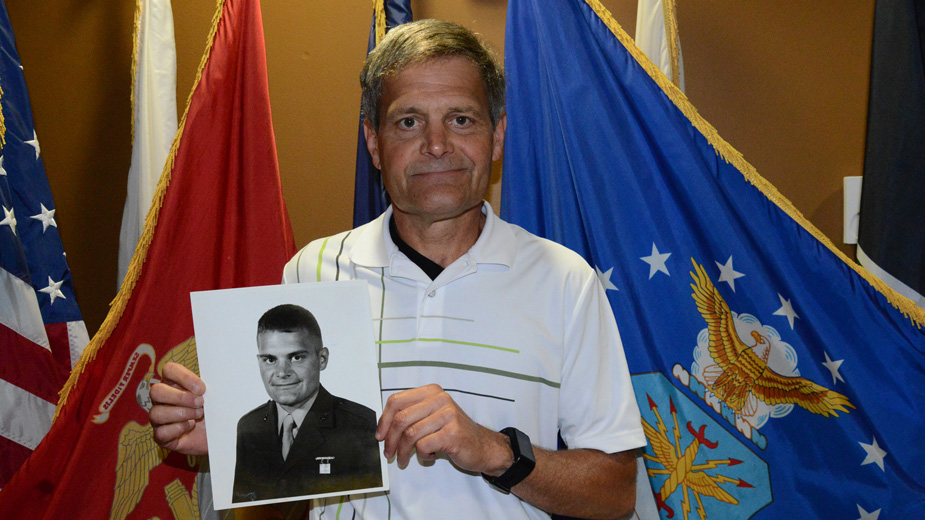 After spending more than a decade with the Air Force Reserve, Lisum volunteered in 2008 for active duty at Balad Air Force Base in Iraq.

“We were called ‘PBJ,’ where you put a photographer, broadcaster and journalist all together,” says Lisum. “My primary job was to be the photographer for VIPs.”

During his tour, an F-15 fighter jet crashed shortly after takeoff. The pilot ejected unharmed.

“We spent 12 hours documenting every little piece [of debris] along the runway and labeling each one,” says Lisum. “It took forever.”

Back home, Lisum began his other profession when he joined the Newton Falls Police Department as a patrolman in 1987.

“Rick went from dispatcher to patrolman to acting chief until I took over as chief five years ago,” says Gene Fixler, who worked with Lisum three years.

On a July morning in 2012, Lisum responded to a domestic dispute call.

“Something told me that I better go lights and sirens on this one,” Lisum says.

Upon arriving, Lisum discovered three victims dead from gunshot wounds. He knew one.

“We had a guy who had his house broken into capture the escaping white Pontiac on video,” says Lisum.

According to Lisum, the license plates led police to the suspect’s home where a fourth body was found. Later, police cornered the suspect in a cemetery, where he killed himself.

The dispatcher who sent Lisum to the domestic dispute was his daughter, Kya.

“Everyone was trying to help her as she just started on the job,” Lisum says. “When I arrived, I asked her how she was doing. She said, ‘Now I know what a gunshot sounds like.’ ”

Lisum retired from the police department and the Air Force Reserve in 2016 after his wife, Teresa, retired as a teacher.

A title doesn’t mean much without the experience to back it up. To spend a decade in the military, pursue a doctorate and start your own business requires some effort.

Everyone has a road to travel in life and for Craig Colton it was more like speeding down the interstate.

“I take care of the administrative and database for the company,” says Army Major Craig Colton, president and CEO of Patriot At Home health-care service in Girard and a member of the Ohio National Guard.

Colton’s full-time Army career started when he enlisted in 1989. He served as a combat engineer in both Operation Desert Shield and Desert Storm. He joined the National Guard in 1993.

“I went to Officer Candidate School and finished it right as 9/11 was happening,” says Colton. “I couldn’t deploy until I was completely trained as an infantry officer.”

Colton deployed several times in the coming years. In 2004, he served in Kosovo before aiding relief efforts after Hurricane Katrina in 2005. Colton served in Iraq in 2008 and Afghanistan from 2011 to 2012. 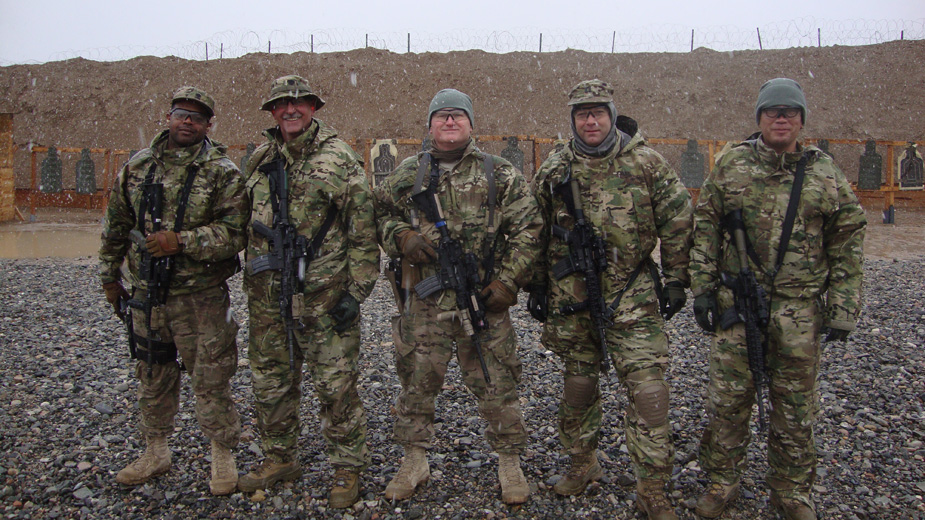 Pictured: U.S. Army Major Craig Colton (second from right) is with his Security Forces Assistance Team in Afghanistan in 2012.

“I served on the Security Forces Assistance Team to train forces in Kunduz, Afghanistan,” Colton says.

The forces he and his team trained consisted of high-ranking members of the Afghan police, border patrol and security teams.

“The SFAT mission is traditionally given to Special Forces but the high demand for SFAT teams in Afghanistan required the National Guard to train and assemble teams for that mission,” he says.

“We had started the company before I left and were awaiting certification while I was in Afghanistan. They started taking patients before I got back,” Colton says.

After finishing a baccalaureate in biochemistry in 1998 at Ohio State University, Colton went on to earn a Ph.D. from the university in the same field.

“My work with Harvard University in the area of drug research for the treatment of amyotrophic lateral sclerosis is actually the reason for my career change to home health care,” Colton says.

“You need a very consistent publication record to get a lead science position in this field,” he continues. “I would get published and then get deployed and then start again. I wasn’t ready to just keep starting over again.”

The problem served as the catalyst for the idea of partnering with the Davises to form Patriot At Home. 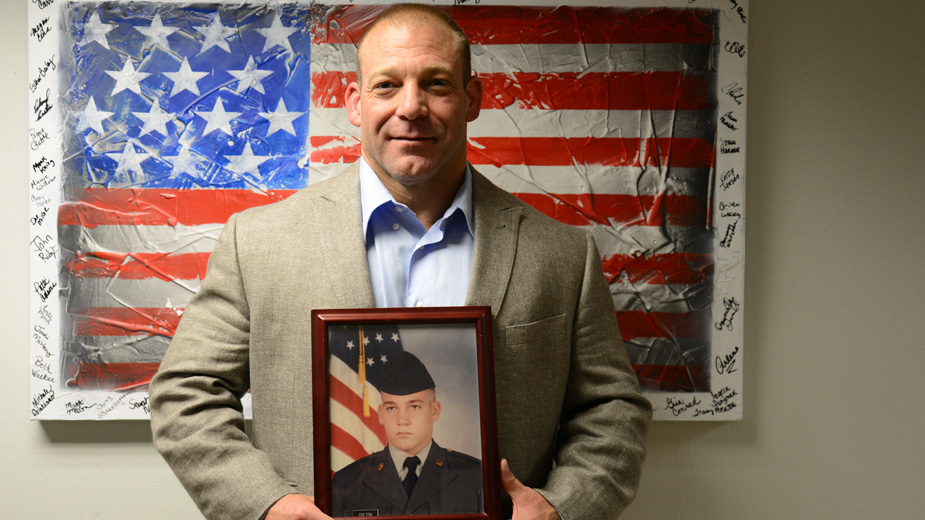 “We were childhood friends who stayed in touch after we left for the military,” Sean Davis says.

The brothers are both Navy veterans. Sean Davis is a physical therapist, Gregg Davis a registered nurse.

Sean Davis says that Colton had worked for a home health-care provider in Columbus and that’s what got the conversation started for the three.

“We were all sitting around talking about our backgrounds when we realized we had the makings of a home health-care agency right there,” Davis says. “It was fate that we all got together later in life.”

“We knew from our military backgrounds we could put together a functioning unit that would meet all these needs that were out there in the community,” Colton says.

Susan Krawchyk enlisted in the Army in 1982 as an administrative clerk. Twenty-two years later, she commanded a platoon of construction troops traveling in convoys across some of the deadliest roads in Iraq.

“Every time you went outside the wire, you didn’t know what was going to happen,” Krawchyk says. “When you came back, you counted your blessings.”

Krawchyk was born and reared on the west side of Youngstown. Her father, Eugene McKula, was a Marine in the Korean War.

“I was the youngest of three sisters and the tomboy,” she says. “So I followed in my father’s footsteps.” 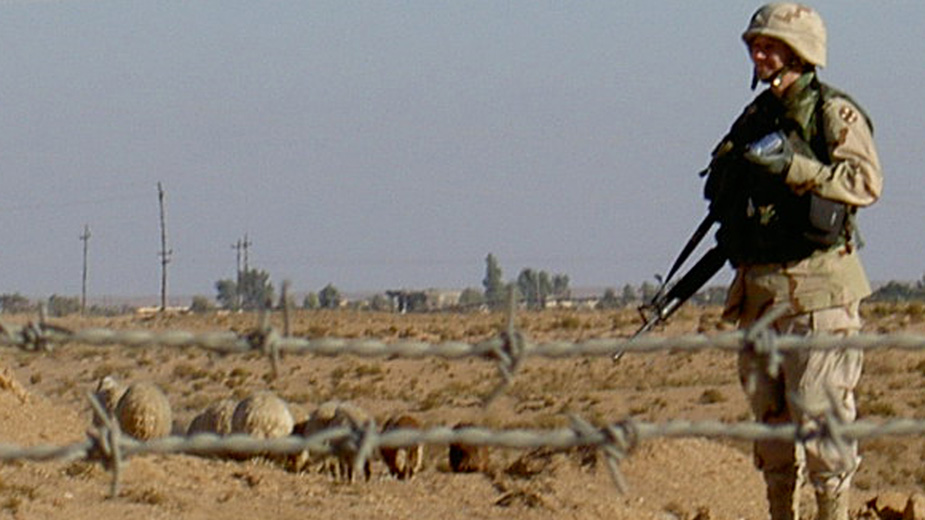 “My mother probably fell off of her chair at this time, but my father was very supportive,” Krawchyck says. “He said, ‘If that’s what you want to do that, then you should pursue your dreams.’ ”

After serving as an administrative clerk, Krawchyk was retrained as a track mechanic to work on tanks and other vehicles. She then transferred to a construction engineer company to operate heavy equipment for building projects.

“We have vertical platoons that build bridges and horizontal platoons and highway berms, and maintain roads,” Krawchyk says.

In Iraq, she served as operations sergeant for her company and platoon at Forward Operating Base Speicher in Tikrit, the hometown of Saddam Hussein.

“We would travel in convoys to different [forward operating bases], set up and return to Speicher,” she says.

Krawchyk says that she and her fellow soldiers never knew whom they could trust. Even the children counted the number of vehicles in their convoys, she says. She recalls the loss of some friends, seeing them for the last time.

“We sat down for breakfast one morning and then they went on a convoy,” she says. “We were informed later that a roadside bomb killed them. You had breakfast with them. And then they were gone by the afternoon.”

After her retirement from the Army in September 2007, Krawchyk had concerns about her prospects in the world outside of the military.

“My whole life was the military. I had spent 25 years on active duty,” she says. “I didn’t know how to accept civilians.”

However, all concerns about her employment vanished upon being appointed executive director of the Mahoning County Veterans Service Commission just two months after she retired from the Army. 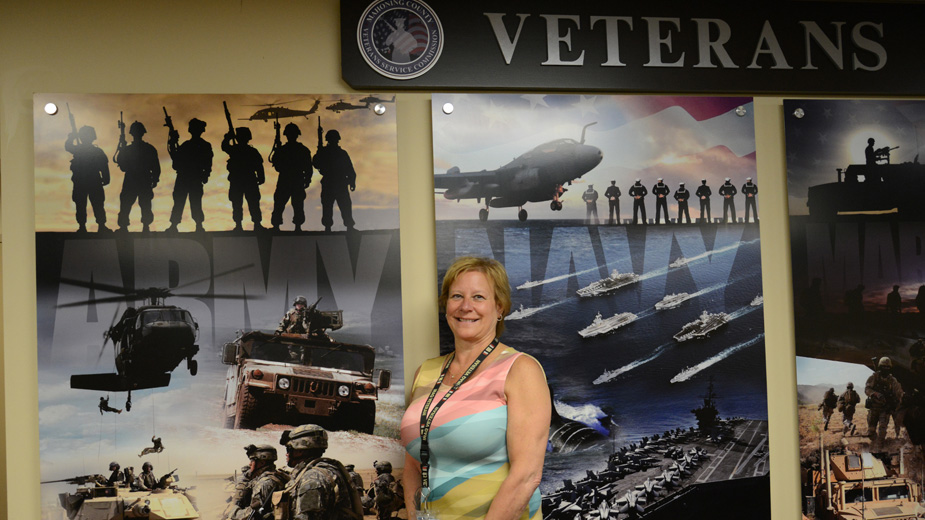 Pictured: Susan Krawchyk is the executive director of the Mahoning County Veterans Service Commission and retired from the U.S. Army.

“I think it was due to the experience that I brought from all those years on active duty,” she says. “I felt very blessed to be working with veterans. I could relate to the veterans that would come in, especially the younger Iraq and Afghanistan veterans.”

The operating budget this year is $2,054,275. This pays the employees’ salaries along with Medicare, worker’s compensation premiums, hospitalization, life insurance and other operating costs. “Last year we returned $129,660 back to the general fund,” Krawchyk says.

Her efforts at the department have left a mark on the county.

“Susan started the project for the American flags on the bridges of Western Reserve Road, Mahoning Avenue and the bridge on Route 46 in Austintown,” says Ray Ornelas, president of the veterans service commission. “She also hired a veterans outreach worker. That’s something we never had before.”