BOARDMAN, Ohio – Ever since Nancy Moschella was a kid, she admired the home at 111 Washington Blvd. in Boardman. What caught her eye most was the way the front porch wrapped around the entire home, she said.

A native of Poland, she spent all of her adult life traveling the country with her husband, Mike, a native of Boardman and colonel in the U.S. Air Force.

In 2003, when the Moschella’s were in the area for Thanksgiving, they saw that the home on Washington Boulevard was for sale.

A few months later they purchased the home built in 1900 and spent $400,000 and over 10 years renovating it with the help of Sam Pitzulo Homes & Remodeling of Canfield.

In November, Sam Pitzulo, owner of Sam Pitzulo Homes, was awarded a Best of Ohio Homes award for his work on the Moschella’s home, in the Best Historical Renovation category from the Ohio Home Builders Association.

Piztulo, along with his wife, Janet, and Michael Pasquale, designer and estimator for Pitzulo Homes, received the award, for the first time, at the fall awards banquet in Columbus.

On Tuesday, Pitzulo and Pasquale presented the award to the Moschellas in their home.

“The home has a lot of historic value, tradition and history,” Pitzulo said. “The idea was to try to preserve the home and bring it back to its original state. With the help of Mike and Nancy Moschella, and with our company combined, the whole group did a great job at preserving the home.” 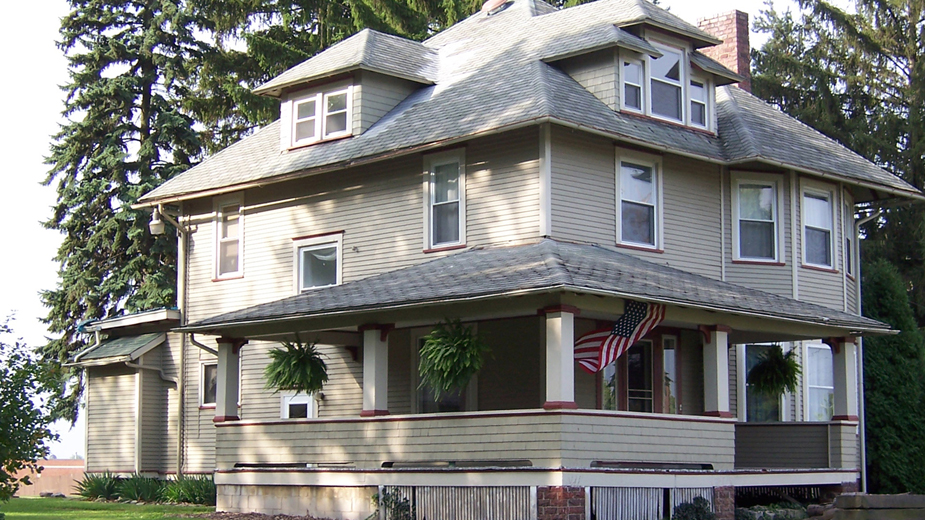 Pictured: The exterior of the Moschella’s home prior to being renovated.

2017 was the second year for the Best of Ohio Homes awards, designed to recognize excellence among builders, remodelers, developers and associated businesses throughout the state.

“We have awards for different things but none of them are to this magnitude,” Pitzulo said. “This is definitely an honor to be awarded from the state of Ohio.”

Sam Pitzulo Homes was founded in 1990 and has since built 240 new homes and has remodeled close to 1,500 more, Pitzulo said.

The Moschellas’ home renovation was, “one of the hardest” projects Pitzulo has ever taken up, he said, since his company had to custom-produce a lot of the materials for the home to match with the architectural integrity of it. 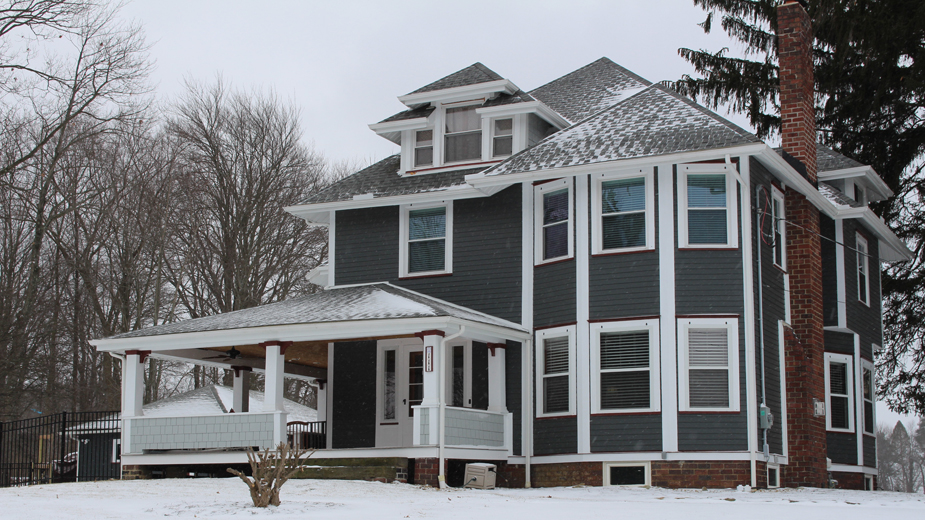 Pictured: The exterior of the Moschella’s home after being renovated.

“It has a lot of character to it,” Mike Moschella said of the home. “It was still in good shape. It needed some work, some maintenance, some upkeep, but it had a lot of character. The character makes it important to me rather than a cookie-cutter type of home.”

The home is three-stories tall, has 3,100 square feet, and sits on one-and-a-half acres of land.

The family who built the home in 1900 owned it for 90 years, Moschella said.

The home was associated with the Southern Park Racetrack that was open between 1915 and 1925 in Boardman Township. “It used to house the jockeys and some of the owners when they came up for the races. That’s what the original owners used the house for,” Moschella said.

Between the original owners and the Moschellas, the home had only one other owner before the couple bought it in 2004. 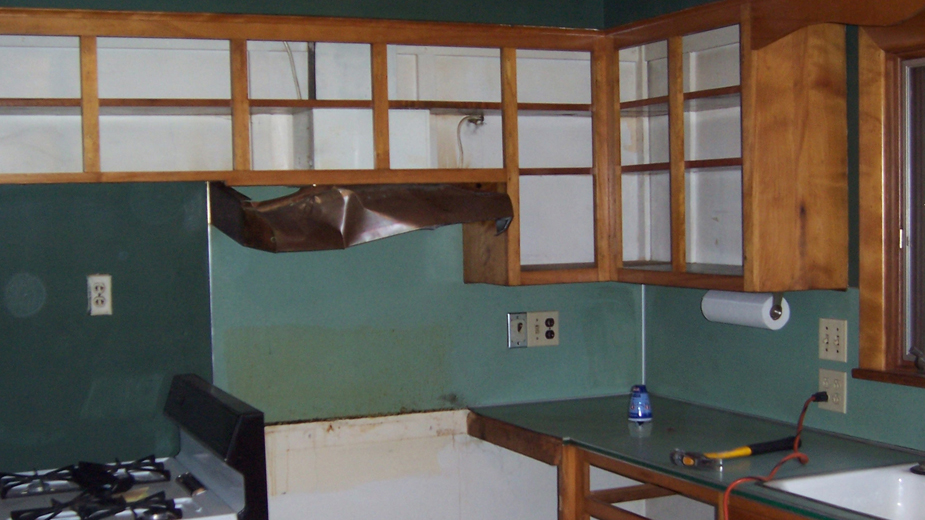 Pictured: The kitchen during renovation.

“We wanted to move to the Youngstown area once I retired out of the Air Force,” Moschella said. “I always wanted to restore an older home and this house was one that Nancy loves. When it came up for sale we decided to buy it even though we weren’t ready to retire yet. We bought it and then the project started in 2006.”

Moschella and his wife spent the first eight years of the project themselves doing demolition work to the home.

In 2014 Sam Pitzulo Homes stepped in to work on the renovation in two phases.

The first phase consisted of exterior work, building an addition onto the kitchen, a bedroom addition and adding a walkway over the driveway from the home to the top the garage where a media room was added. 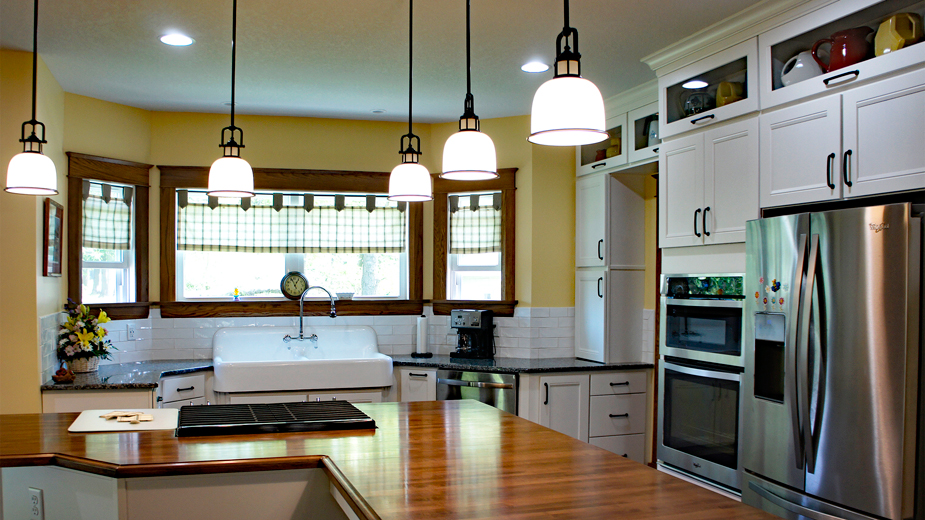 Pictured: The kitchen after being renovated.

The second phase was all interior work, renovating the inside of the home from the studs up.

“We took what was built here and made it what we wanted,” Nancy Moschella said.

The Moschella’s are still working on projects in the home by remodeling the attic to add a fourth bedroom, and replacing the roof on the barn on the property.

“I always worked with my hands so this is just one more thing I wanted to do,” Mike Moschella said. “It makes me feel proud of the house. It was a real team effort between me and my wife and Sam Pitzulo Homes.”

By Tom GacseCEO, YMCA of Youngstown YOUNGSTOWN, Ohio – In 2022, the YMCA of Youngstown celebrated 138 years of service and impact to our communities. As an organization, we built bridges, served all, acted as servant leaders and functioned in…