YOUNGSTOWN, Ohio – A bill circulating through Congress sponsored by U.S. Sens. Sherrod Brown, D-Ohio, and Roy Blunt, R-Mo., would establish an additional 15 advanced national manufacturing centers across the country, continuing a program that began with America Makes nearly 10 years ago.

The proposed legislation is a follow-up to the senators’ Revitalize America Manufacturing and Innovation Act, which in 2014 created a national network of advanced manufacturing hubs designed to enhance the United States’ position in the global economy.

The first of these centers was America Makes, based in Youngstown, which began as a pilot program in 2012 under the Obama administration to promote research and development in additive manufacturing.

Brown and Blunt’s 2014 legislation expanded the number of these hubs to 15, which today comprise Manufacturing USA, a network of centers devoted to improving manufacturing innovation using fabrics, robotics, biotech, advanced composites and semiconductors.

“It was one of the biggest steps we’ve taken in a long time to make our manufacturing more competitive,” Brown told reporters on a conference call Wednesday.

The Senate Commerce Committee on Wednesday passed Brown and Blunt’s legislation. The bill will be included as part of a larger legislative package that will come to the Senate floor. If approved, the legislation would expand the number of these advanced innovation hubs to 30.

“We know our competitors spend billions propping up state-owned enterprises and investing in R&D,” Brown said. “They’ve also gotten pretty good at taking our ideas and monetizing them to compete against U.S. businesses, almost always paying their workers less and giving them fewer rights.”

Brown said he wanted the next generation of new technologies driving hydrogen fuel cells, semiconductor research, and jet engines to be developed and manufactured in Ohio.

“Our plan would create another 15 hubs around the country and promote more direct collaboration with minority-serving institutions including historically Black colleges,” he said.

The bill would authorize $2.4 billion for fiscal year 2021 through fiscal year 2025 for the Director of the National Institute of Standards and Technology to execute the program.

It also calls for collaboration between the Manufacturing Extension Program – which provides assistance to small-and medium-size manufacturers – and Manufacturing USA institutes so that these companies can participate in large-scale projects.

“We know that when we channel American ingenuity and American resources into innovation and into American workers, we can out-compete anyone,” the senator said.

Brown was joined on the call by Dean Bartles, president and CEO of the Manufacturing Technology Deployment Group, the holding company of the National Center for Defense Manufacturing and Machining. The center runs America Makes’ operations.

“It’s grown into one of the premier institutes in the network,” Bartles said of America Makes. “So far, there’s been more than $300 million invested in furthering the body of knowledge in additive manufacturing, which is the hottest topic in manufacturing today.”

Bartles said the objective of America Makes is to advance these manufacturing technologies and to encourage their use by major producers and small- and medium-sized businesses.

“We’ve got over 220 members, many of those are small companies,” he said, along with numerous academic partners.

The institute has established a productive relationship with the U.S. Air Force, he said, engaging both small businesses and large companies such Lockheed Martin and GE Additive.

Neal Orringer, senior technical leader at GE Additive, based near Cincinnati, said that public-private initiatives such as America Makes and other institutes lead to the creation of new jobs for the future.

“We’ll be creating jobs in these new industries in the new digital age, and we’re going to be enhancing public-private partnerships – more than doubling government investments with matching funds by companies in cutting-edge research,” he said.

LORDSTOWN, Ohio – Foxconn Ohio opened its doors Wednesday to a delegation of Taiwanese investors to demonstrate the company’s current production activity and potential of its 6.2 million-square-foot manufacturing plant. Indeed, Foxconn, the largest electronics contract manufacturer in the world,…

YOUNGSTOWN, Ohio – A German automobile news outlet reported Tuesday that Volkswagen is considering a partnership with Foxconn to build VW’s new Scout EV brand in the United States. Automobilwoche, citing sources inside Volkswagen, reported that the automaker is in… 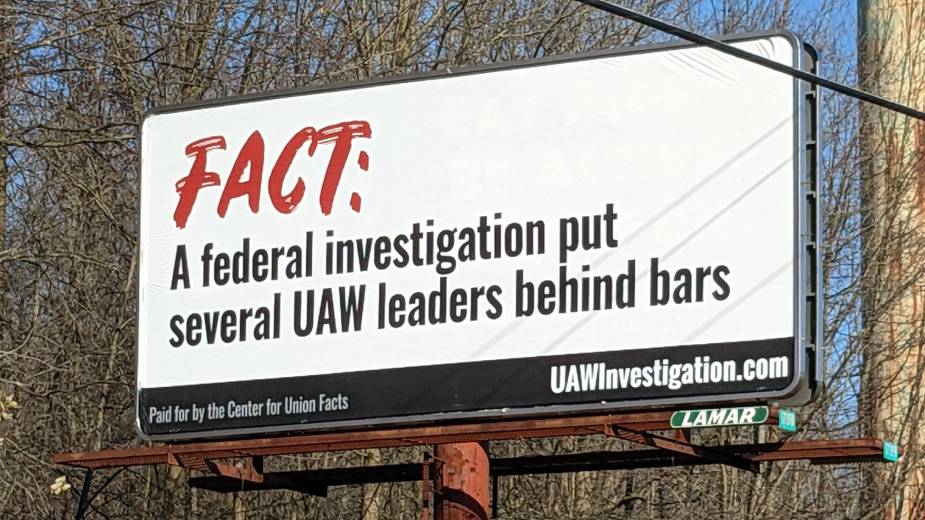 LORDSTOWN, Ohio – A Washington D.C.-based interest group that is critical of organized labor has placed two billboards in the area that it says alerts the public to corruption within the United Auto Workers union. The billboards, part of a…