WASHINGTON (AP) — A bill designed to encourage more semiconductor companies to build chip plants in the United States passed the Senate on Wednesday as lawmakers raced to finish work on a key priority of the Biden administration.

The $280 billion measure, which awaits a House vote, includes federal grants and tax breaks for companies that construct their chip facilities in the U.S. The legislation also directs Congress to significantly increase spending on high-tech research programs that lawmakers say will help the country stay economically competitive in the decades ahead.

Senate passage came by a 64-33 vote. The House vote is expected later this week as lawmakers try to wrap up business before returning to their home states and districts in August. House Speaker Nancy Pelosi, D-Calif., has said she is confident there is enough support in the House to pass the bill before the upcoming recess.

Proponents of the legislation say other countries are spending billons of dollars to lure chipmakers. Backers say the U.S. must do the same or risk losing a secure supply of the semiconductors that power automobiles, computers, appliances and some of the military’s most advanced weapons systems.

Senate Majority Leader Chuck Schumer, D-N.Y., said the bill represented one of the nation’s largest investments in science and manufacturing in decades and that with the Senate’s approval, “we say that America’s best years are yet to come.”

Opponents have been critical of the bill’s price tag. It is projected to increase federal deficits by about $79 billion over 10 years.

Intel has announced its intentions of building a $20 billion microchip manufacturing and research campus in Licking County, Ohio, near Columbus. Much of the project, however, depends on passage of the Chips act, the company said last month.

“By investing in Ohio’s manufacturing, research and higher education, the Chips Act will restore critical supply chains, help lower costs for Ohioans, and create thousands of good-paying jobs,” U.S. Sen. Sherrod Brown, D-Ohio, said in a statement. “This is a first step toward ending decades of corporate offshoring of our supply chains that cost Ohio jobs and now is costing everyone by causing inflation. We are putting another nail in the coffin for the term ‘Rust Belt’ – and we’re just getting started.”

“Today’s passage of the Chips Act is critical in the effort to bring semiconductor manufacturing back to the United States, protect our national security and create thousands of high-paying jobs in Ohio,” Portman said in a statement. “I was proud to help lead efforts in the Senate to pass this legislation and ensure that Intel’s planned semiconductor plant in central Ohio remains on track and reaches its full potential.”

“We congratulate the Senate’s bipartisan vote today to fund the Chips Act and urge the House to follow suit,” Pat Gelsinger, Intel CEO, said in a statement. “We will move forward together to advance American leadership in semiconductor manufacturing and R&D, and strengthen American national and economic security. We thank Senators Brown and Portman for their leadership on this important issue and are excited to be one step closer to start building in Ohio.”

Youngstown/Warren Regional Chamber President and CEO Guy Coviello added that passage of the Chips Act opens up opportunities to attract new business to areas such as the Mahoning Valley.

“The Chips Act provides us with the best tools at the best time to attract significant investment, giving our brightest people fantastic career opportunities for many years to come,” he said.

President Joe Biden on Monday said semiconductors were “the building blocks for the modern economy” and he asked Congress to move quickly on the legislation. At a virtual roundtable with members of his administration and industry leaders, Biden said a shortage of semiconductors was the primary driver of rising automobile costs, a core component of the inflation gripping the country.

Biden said the U.S. relies on Taiwan for the production of the most advanced chips and that China was also starting to move ahead of the U.S. on the manufacturing of such chips. 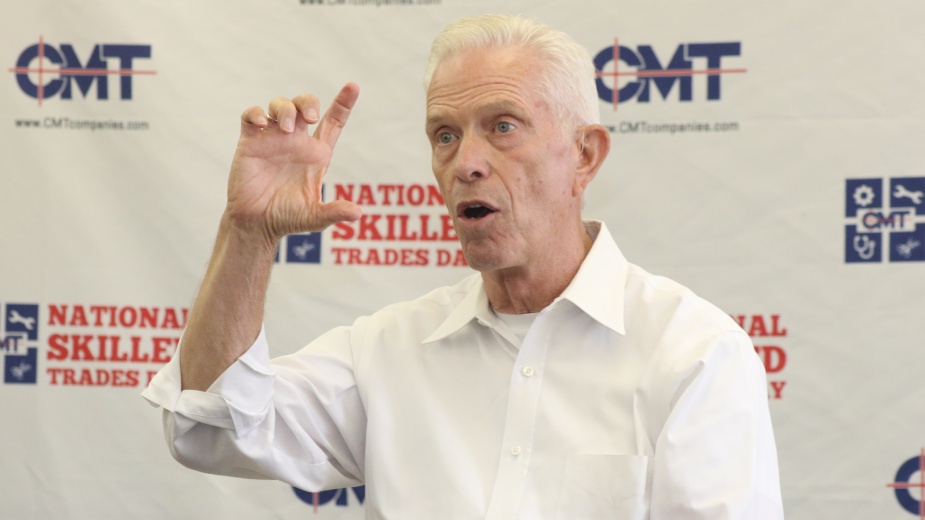