YOUNGSTOWN, Ohio – To Becky Keck, the importance of the arts to society is demonstrated on a daily basis by a familiar ritual. When people get into their car or truck to go somewhere, what is the first thing they do?

Turn on the radio.

“I truly don’t understand in our culture how we have been able to slough off the value of the thing that makes us human,” she said. “How can we say it’s not important?”

Keck is president of Smarts Community Art School, which offers arts education to students in five areas – visual art, music, dance, theater and creative writing – in a region that includes Mahoning, Trumbull, Columbiana and Ashtabula counties and nearby parts of western Pennsylvania. The organization will kick off its 25th birthday celebration today with the Smarts Family Dinner at Our Lady of Mt. Carmel church hall.

The dinner is the first in a series of events marking the launch of Smarts, which originated in Youngstown State University’s College of Fine and Performing Arts in 1997. At the time, Keck was coordinator of special activities in the college, which had an outreach program to elementary school students called the Family Entertainment Series.

After running that program for a year, she “started to truly understand the impact that we could have in the community if we did something differently,” she said. When YSU hired a new dean for the college, George McCloud, they started on the path to create the Students Motivated by the Arts program, or Smarts.

The program operated until 2013, when the university cut its funding.

“Personally, for my career, I should have driven to Akron and got a job where I could wear a suit and heels and run some big nonprofit and have a social life in the evening, and not use my personal resources to restart Smarts or to transition it to the community,” Keck said. “But our mission really served the community and fit a need that isn’t being met anywhere else, or by anyone else.”

Keck said her first calls were to Bill Mullane of the Fine Arts Council of Trumbull County and the late Mark Mangie, both of whom she said were “critical” to Smarts’ transition.

Keck worked with Carlton Sears, senior fellow with the Harwood Institute, to develop the new Smarts as a standalone 501(c)3. She compiled lists of the art program’s physical assets, developed a transition plan, met with representatives of arts- or education-related nonprofits to see if any would partner with the new program, and looked at the human assets available.

Additionally, downtown landlord Ohio One Corp. provided office space in its City Centre One building during the transition and the Thomases Family Endowment at the Youngstown Area Jewish Federation made the initial donation for its fundraising campaign.

In 2016, Smarts Community Art School announced it would move into the ground floor of the Ohio One Building downtown, which it would renovate as the “Smartatorium,” following about $280,000 of renovations to the former Ohio Edison space, Keck said. A fundraising campaign with a $750,000 goal raised $1 million, and Smarts representatives cut the ribbon on the new space in 2017.

Smarts’ successful transition to a community-based organization came as no surprise to Myra Vitto, senior vice president and an investment adviser with PNC Bank. Support for the arts is one of PNC’s priorities and Vitto became involved with Smarts when it was still affiliated with YSU, working with Keck to apply for grants from PNC’s various trusts. She later assisted Keck with the transition.

“I had no doubts that she would make it successful because of her passion and her energy, and because she saw the vision of how this could be so impactful in the community,” Vitto said.

Seeing how the programming affects the teacher and the expressions on the faces of the students “has made me want to continue to be involved,” she said.

Smarts was “hugely impactful” while it was at YSU. “But I honestly believe that it would not be nearly what it is today if it had not evolved out of YSU,” Vitto said

Shortly after its launch as a community-based entity, Smarts entered into a partnership with the John F. Kennedy Center for the Performing Arts in Washington, D.C., to launch Any Given Child and expand arts education to Warren in 2018.

The collaboration came about following the appointment Anita Lin, former Ballet Western Reserve executive director, to the Kennedy Center in 2014. Lin learned about the program in 2015, contacted Keck, and the two of them met with Kennedy Center officials that November to see if Smarts was eligible. Keck assembled local support as well as the backing of the Ohio Arts Council.

Participation in Any Given Child “really helped to formulate the focus on arts integration and exposing students to all five arts disciplines,” Keck said.

Warren City Schools has established “a great partnership with Smarts” over the past several years, said Wendy Hartzell, the district’s chief academic officer.

“Through continuous dialogue and planning, collectively we have been able to provide the students of the Warren City Schools exposure to a variety of artists and art forms, provided advocacy and equity in the arts especially for students from a mid-sized urban environment such as Warren,” she continued.

Potential Development School for Students with Autism has had a relationship with Smarts since it was based at YSU, beginning with the drum circle for preschoolers, Paul Garchar, CEO, said. The two stayed connected as the school expanded beyond preschool to offer classes for elementary and high school students.

“That’s been nice because the way we use Smarts also has changed and grown along the way,” said Garchar, who is vice president of Smarts Circle. “We still do the drum circle for the preschool and the younger kids in elementary school, but with the high school we’re getting into creative writing, art, drawing, all the different mediums.”

Partnering with Smarts provides “a great complement” to Potential Development’s academic offerings, Garchar continued. As a private school, it needs to focus on its curriculum first and foremost. So offering extracurriculars like music, art and sports “would be very hard if we had to do it on our own,” he said.

Last year, Smarts worked with 4,000 students, Keck said. Smarts conducts classes at its downtown center Monday through Saturday during the fall, spring and summer semesters, as well as offering programming throughout the community. Going out into the community not only broadened exposure for Smarts but also developed into a revenue-generating model to support the free classes it offers.

“Last year, 60% of our revenue came from the programming that we do in the community. In fact, it increased almost $160,000,” Keck said. “We’re taking our mission deeper into the community and generating revenue. It’s a win-win model and unique to nonprofits.”

The organization has expanded in recent years to 47 on its payroll, including seven full-time employees, Keck said. Monthly payroll averages $65,000 each month. From October 2021 to last June, “we had more people than desks,” she remarked.

The Smarts president is proud of how her organization responded to the COVID-19 pandemic, transitioning to offer virtual programming “very, very quickly,” she said.

“We do a lot of virtual programming for other organizations,” she added. Among them is the U.S. Department of Veterans Affairs, which contracts with Smarts to provide services statewide through its Whole Health program.

The family dinner tonight will feature live arts demonstrations as well as remarks by members of the Smarts team, community partners and past and present students sharing the organization’s story.

The yearlong celebration will continue with the Smarts holiday open house in December, Art You Can Hear and Art You Can See programs at the end of spring programming, and conclude with the Joy of Smarts fundraiser.

YSU Faculty Working With Administration to Save Programs

YOUNGSTOWN, Ohio – In response to ongoing discussions about possible program adjustments and eliminations, YSU-OEA, the faculty union representing Youngstown State University’s full time faculty, is reaffirming its commitment to working with YSU’s administration to save the university’s diverse programs.… 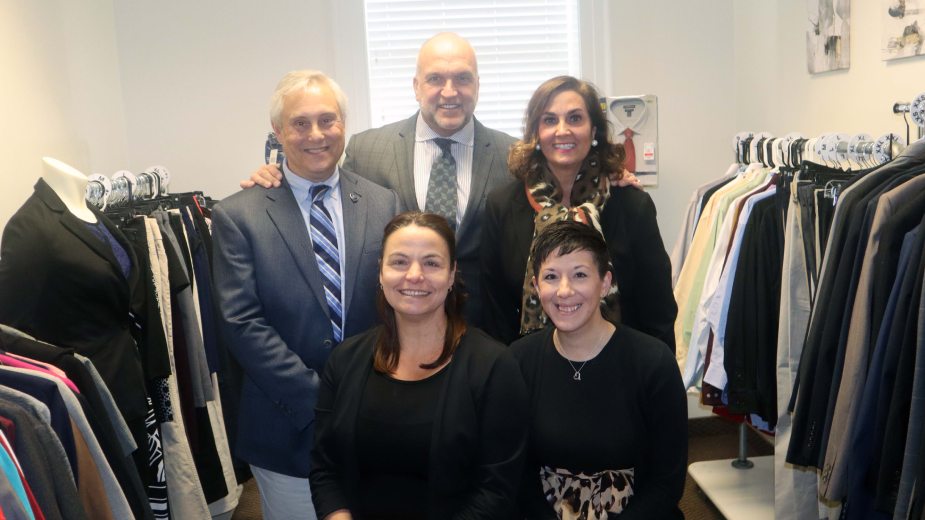 GREENVILLE, Pa.– A new program between Thiel College, Grove City Premium Outlets and Simon Property Group Inc. will ensure students in need have access to a proper professional wardrobe for job and graduate school interviews as well internship applications, the…