YOUNGSTOWN, Ohio — Five young women, all wearing masks, sit alone at tables in a classroom at Youngstown Rayen Early College, adhering to health guidelines for the coronavirus pandemic while they work on a remedy to heal the historic wounds of another epidemic: racism.

Each student works quietly, but with a collective goal to not remain silent. Not being a silent witness is something they have learned as students of Mahoning Valley Sojourn To The Past.

It’s a day in late June – weeks before the death of U.S. Rep. John Lewis, the Civil Rights leader who made it a point to meet with Sojourn students during their annual trek to the South and visited East High School in 2011.

Sojourn’s executive director, Penny Wells, is guiding the students in the development of an antiracism workshop aimed at educating, identifying and creating ways to deal with institutional, systemic and imbedded racism.

Wells believes the May 25 death of George Floyd, recorded on an iPhone and spread through social media, has renewed a modern civil rights movement with a vast, virtual reach.

Wells, a retired teacher and longtime civil rights advocate, is guiding her Sojourn students in creating and presenting anti-racism workshops to small groups, organizations, institutes, businesses or nonprofits in Mahoning and Trumbull counties. Mahoning Valley Sojourn to the Past will present a workshop later this month to a few churches, Wells said.

The first event, “Stories on Racism in the Valley,” takes place at 5 p.m. July 26 at Poland United Methodist Church. That morning at 11 a.m., a Black Lives Matter rally will take place at the Village Green in Canfield, where Sojourn students and community leaders will speak.

Kira Walker, a junior at Youngstown State University, became a Sojourn student as a sophomore at Youngstown Rayen Early College.
Walker has taken the 10-day Sojourn to the Past through nine Southern states, retracing the path of Civil Rights champions like Lewis, who died Friday. She describes the experience as life-changing.

Since 2006, Wells has taken more than 100 students on the journey. The coronavirus pandemic will keep her from traveling this year. She is planning to take two groups next year. Sojourn’s award-winning program is aimed at junior and senior high school students; but Wells also has taken adults on the living history journey.

The emotional impact of the Sojourn trek is evident in LeKeila Houser’s facial expressions as she searches for words to describe the exploration of iconic sites in nine Southern states where segregation was prevalent, protesters beaten and activists murdered, which resulted in the Civil Rights Act of 1965.

Besides Walker and Houser, other students include Brittany Bailey, a sophomore business major at YSU and Sojourn student since her sophomore year at the early college, and Natalia McRae, who soon will begin her senior year at East High School.

Houser is in her second year at YSU to become a social worker. She, too, attended Youngstown Rayen Early College.

“These workshops are student led. The students have created the content and will deliver the information to groups,” Wells says.

The antiracism workshops have four components. The first is to educate participants on Black history and its impact on African Americans, she says. That impact segues into the role white people have played, how to identify prejudice and how it exists in society. The third is having an honest discussion about white privilege and teaching them how language can hurt.

“What can you do to not be a silent witness, and how do you speak up when you see a wrong,” Wells says. “The principles of Sojourn are to defeat the injustice, not the person,” she says.

Wells worked on voter registration in the South in the 1960s Civil Rights movement. Her goal with the antiracism workshops is to challenge participants to become introspective and have honest, open dialogues about imbedded, systemic and institutional racism.

“I really hope these workshops are going to do that. A lot of white people will argue that white privilege doesn’t exist. When it’s been proven time and time again that it does,” Houser says.

Houser offers as an example of the perception of a potential employer upon seeing her name on a resume or job application. “Even on an application, there’s still privilege in your name. I’m at a disadvantage with my name [LeKeila] because it’s a very unique name,” Houser says. “Somebody will assume what your race is just by looking at your name.

“When I was younger I didn’t really understand it as much as now. I just knew I was treated differently in certain situations,” Houser says. “I understand in Youngstown it’s a lot more hidden. Someone isn’t going to come out and be blatantly racist to your face. I guess now I look for it since I’m more educated on systematic racism and institutionalized racism.”

McRae, who will be a senior at East High School, believes open dialogue is critical and the biggest obstacle standing in the way of change.

“Let’s just sit down and talk. Let’s just be calm. Let’s just think clearly. Let’s just consider all possibilities,” McRae says firmly. “If I say, ‘Black Lives Matter,’ don’t come to me and say, ‘All lives matter.’ Just think about where I’m coming from. Think about why I’m saying this.”

Disagreement shouldn’t end the conversation, she says. People need to work toward a common understanding of acceptance and right and wrong behavior.

“Why are you so upset that people are trying to bring this to light? If you have to do something in the dark and you’re afraid it will come to light, doesn’t that make you stop and think maybe this is wrong and maybe this isn’t the right way to do it?” she asks. “I’m not saying Blacks are perfect. I’m not saying whites are right or Blacks are right, but we all need to understand that there are a lot of things we don’t know about.”

Something that hinders conversations, McRae believes, is how we tiptoe around subjects.

“If you say the wrong thing. I’m not going to get upset with you because you may not know. It’s a huge barrier because people are afraid,” McRae says. “Racism is taught. So if you were taught to not specifically like a set of people since birth, you have to understand that they are going to grow up racist because they haven’t been taught anything else and that’s why it’s important we have an open mind; we have to be calm and have a conversation.”

Like Houser, McRae hopes the workshops will help more people to understand history, privilege and to be open minded.

“White people should be aware that white privilege is a thing. I’m not upset at you because you have white privilege. But I’m upset when you close your mind that it might be possible. That’s where we get frustrated because those things are secretive,” McRae says. We should be upset at the people who have kept those secret. Black people have a duty to bring those out and white people, everyone, we all have a duty to make these things public.”

For Wells, watching the students put together the workshops and take part in today’s civil rights movement shows her know the Sojourn process is working.

“I see how they develop and grow in their thinking and it thrills my soul to see them grow and mature,” she says. 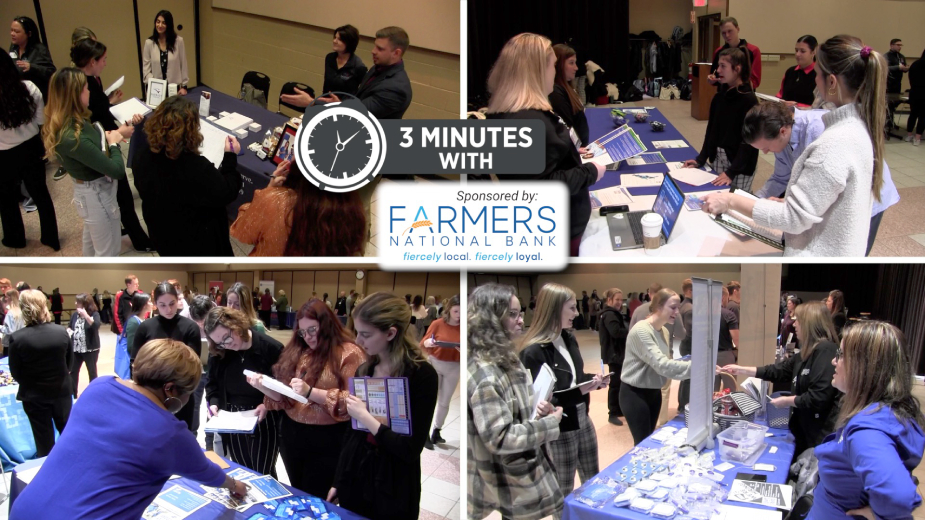 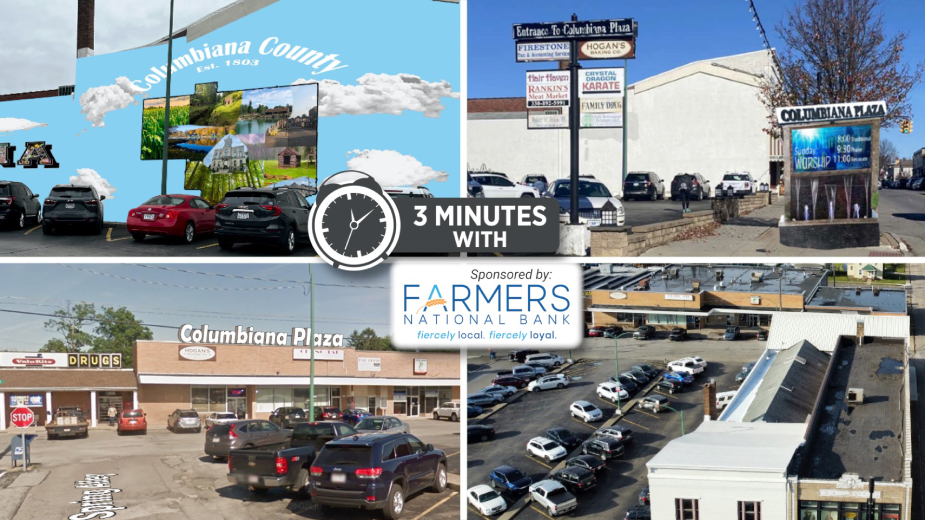 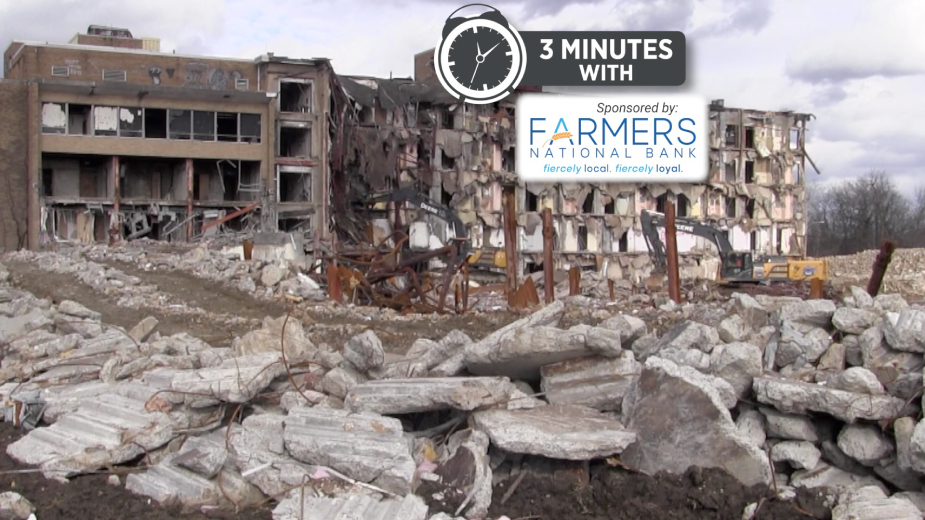