BOARDMAN, Ohio — Customers at Stone Fruit Coffee Co. can now enjoy a cup of coffee, a piece of cheesecake and purchase an original Youngstown T-shirt all in one place.

The coffee shop opened the Stone Fruit Bakery Feb. 4 at its location here, led by barista and its resident “Pastry Jewel,” Julia Kanengiser. Five days later, it announced that Youngstown Clothing Co., or YCC, will keep retail space at the cafe. The idea to collaborate grew from talks with Joshua Langenheim, owner of Stone Fruit, Kanengiser and Tim Petrey, co-owner of YCC.

“Before, we were known for saying that we source it, we roast it, we grind it, we brew it, we drink it, we love it,” Langenheim said. “But we now, we bake it and we wear it.”

Petrey, certified public accountant and managing member at HD Davis CPAs LLC in Youngstown, is also Langenheim’s accountant. Langenheim became a “big fan” of the company’s T-shirts, he said, and “ended up buying a whole bunch.” Petrey introduced him to Matt McClure, co-owner of YCC, and the two discussed their businesses and missions.

“When you have two people that have the same ideals and you put them together, you are that much stronger,” Langenheim said. “I’m excited about all the drive and energy being put back into the city, so anything that we can do to help that and promote that, we want to do it.”

Petrey agrees, saying that working together will strengthen both businesses.

Since starting in 2015, YCC has collaborated with a number of local businesses, including Handel’s Homemade Ice Cream and White House Fruit Farm Inc. YCC makes apparel inspired by the owners’ love of Youngstown, which is why they wanted to collaborate with Stone Fruit, Petrey said.

“We feel that it makes sense for us to work together rather than work apart,” he said. “When you come here there is a smiling face. They are excited about what they are doing. We wanted to be a part of the place that people are just excited about showing up everyday.”

Langenheim said he is excited about the potential.

“I don’t know what this collaboration is going to bring, but I guarantee it’s going to be something amazing,” he said. “Same as the bakery.”

Julia Kanengiser is originally from New Jersey and moved to Ohio when her husband got a business in Youngstown about two years ago, she said. Kanengiser started working at Stone Fruit as a barista, became a manager at the Columbiana location and fell in love with the company, she said.

“As soon as I started working here, people have really shown just such a love for small business and I haven’t felt that anywhere else,” she said. “I really fell in love with Youngstown and it’s amazing to see how people would get behind you and really support you.” 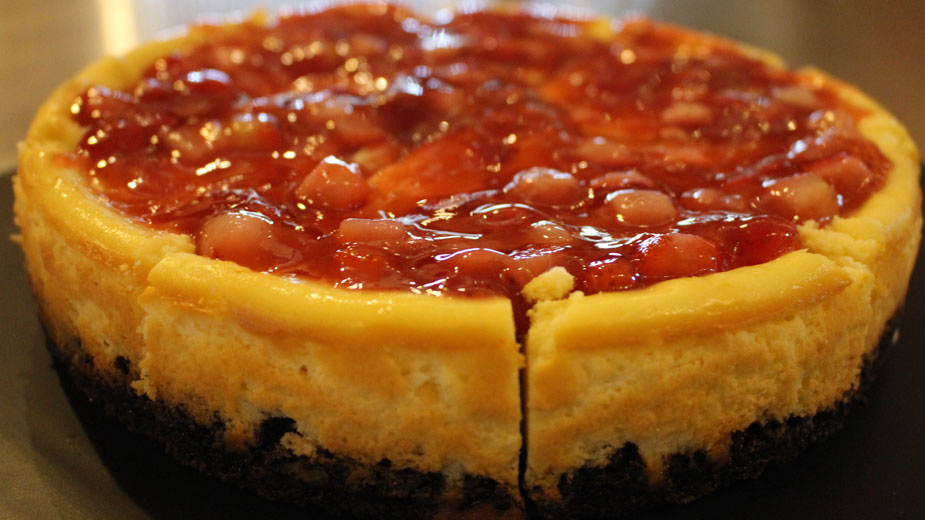 She brought the idea to Langenheim to serve baked goods since she personally likes pastries and pairing coffee with them. They started with muffins, which were “absolutely amazing,” Langenheim said. He brought her up to the Boardman location, where she continued as a manager, then built “a full blown bakery” so she could increase her offerings, including muffins, cupcakes, brownies and cheesecake.

This is Kanengiser’s first time running a bakery, which has been “amazing” because she gets to know the customers, she said. She hopes to expand the bakery to the other Stone Fruit locations in Youngstown, Cornersburg, Canfield and Columbiana, though no plans are in place as of yet, she said.

“Stone Fruit Coffee is the perfect business. They’re so involved and so caring with everything they do from the coffee to the customers that it just made sense to start here,” she said. “It’s really exciting and there’s been a lot of emotion, a lot of feeling to it. So I’m just trying to enjoy this moment.”