YOUNGSTOWN, Ohio – If you’re looking for a slogan to describe the new-car market in 2018, it’s hard to do much better than “bigger is better.” It could be a bit catchier but it hits the nail on the head. Sales for trucks and SUVs are surging while sedans are in a rut.

General Motors introduced redesigns for the Chevrolet Silverado and GMC Sierra trucks, along with the Chevy Traverse and Buick Enclave in the SUV segment, while Cadillac is set to return its long-standing Escalade to the streets next autumn.

Lincoln unveiled an updated Navigator, while Lexus did the same with the RX L. Hyundai got in on the action with the release of the Kona in the small-size crossover market.

Ford Motor Co. even went as far as to announce that it would focus almost exclusively on trucks and SUVs in the coming years, reducing its car lineup to two models: the iconic Mustang and the Focus Active hatchback. In 2020, the automaker said, it expects SUVs to account for half of all North American new-car sales, with trucks and vans accounting for another 20%.

And with the F-150 consistently accounting for 70,000-plus sales monthly while the No. 2 Escape is good for around 20,000 – combining for almost half of Ford’s sales – it’s easy to see why the move is being made.

While there was plenty of noise made about the decision, area Ford dealers say much of the basics will remain. The hallmark of the crossover market is that they’re designed as SUVs, but sit on the same chassis that automakers use for cars.

“Everyone wants an SUV but they don’t want to compromise fuel economy or cost and that’s what led us to introduce the EcoSport,” says Curt Putnam of Fred Martin Ford, Austintown. “Crossovers are built on a unibody. On the Ford Edge, they take the platform and raise it up so instead of a full-size Taurus, there’s a CUV [crossover utility vehicle].”

Fuel efficiency isn’t much concern with larger vehicles, adds Michael Klaben of Klaben Ford Lincoln in Warren, as Ford Motor Co. has worked smaller engines and 10-speed transmissions into many of its vehicles. And, the company has set the goal of having half of its lineup available as hybrids by 2022.

“They’ve gone to smaller engines with more horsepower and torque helped by turbos. The transmissions really squeeze the most out of fuel economy,” he says.

On the Lincoln side, the luxury brand is in the middle of revamping its entire lineup, a process that began in 2017 with the return of the Continental sedan and this year with the redesign of the Navigator, which Klaben says has been “a huge success. We can’t get enough of them.”

Going forward, Lincoln will introduce a new midsize SUV – the Nautilus – and an upgraded MKX next year, followed by an all-new Aviator.

Beyond just the looks of the brand, customers have been enjoying the technology available in the cars and SUVs, Klaben says, with features like 360-degree cameras, crash avoidance, automated braking and parking and adaptive cruise control.

Then, he says, there are the luxury features. With keys in your pocket, the Navigator will automatically turn on the SUV’s lights and lower the running boards as you approach.

And, for frequent travelers, Lincoln has partnered with Clear to reduce the strains of travel. Clear users can move through special security lines at airports and, at select entertainment events, move to the front of the line.

While the service isn’t frequently used in this area, Klaben says – the closest cities with Clear service are Detroit and New York – the move is a step toward Lincoln as a full luxury brand.

“We haven’t seen a lot of activity with Clear. What we hear back most about is the free pickup and delivery for service. That’s been huge,” he says.

With more and more brands moving their automation features – adaptive cruise control, lane-keeping and automatic braking, for example – into their standard models, luxury brands have stepped on the accelerator to stay ahead of drivers’ demands.

In the Mercedes-Benz E-Class, the car is outfitted with equipment to bring it to Level II autonomous driving, says Martin Shaffer from Fred Martin Mercedes-Benz, meaning the car can help with steering, braking and accelerating. But what sets it apart is the creature comforts. 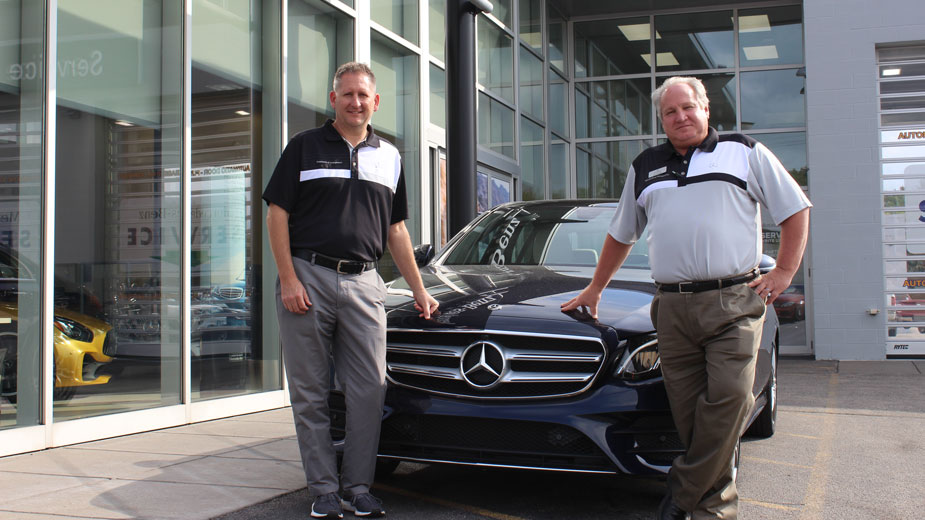 The infotainment system is equipped to take voice commands for everything from navigation to adjusting the interior lighting. In higher trim levels, such as the S-Class, the car can ease the stresses of travel.

“Some models have Active Workout, which is good for long trips if you’re getting a bit sore. It’ll give you instructions like ‘Squeeze the steering wheel grips. Release. Raise your left shoulder’ to give you a little workout,” Shaffer says.

“It sounds hokey, but it’s all these little things that work.”

With the battle for the SUV market in full swing, BMW is making a move toward younger buyers, says Preston BMW general sales manager Kyle Whelan.

A newly redesigned X2 has filled a space for the brand in the midsize crossover market. 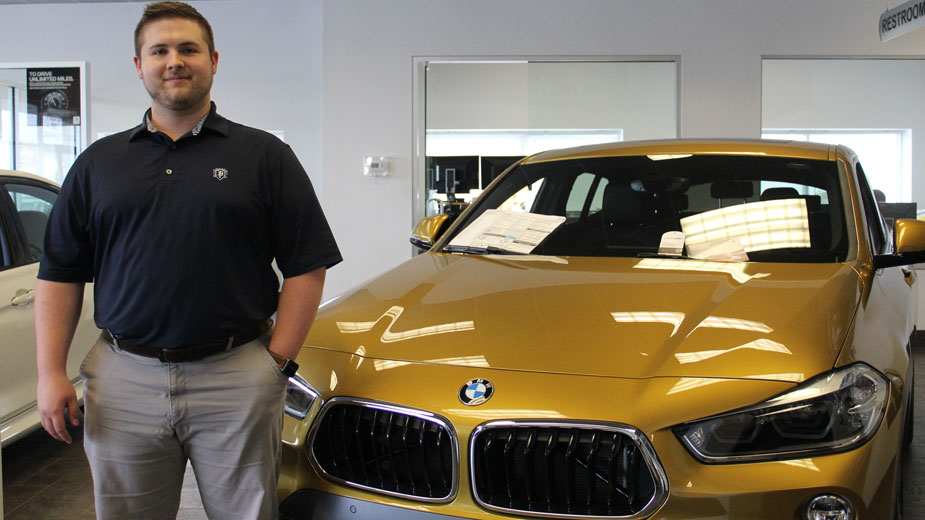 “It serves as a sort of crossover that fits in between the X1 and X3. It’s a little sleeker with all-wheel drive. It drives like a car but has the look and feel of our SUVs,” he says. “With a lot of incentives, they’re geared toward a younger market, people in the 25 to 35 [age] range and so far it seems like people are liking it a lot.”

Coming next year will be the X5 and redesigned 3 Series, neither of which have seen major updates since 2012

“It’s not on the lot yet. It’ll be released early next year, but we are taking orders,” Whelan says. “BMW hasn’t seen as much split between SUVs and sedans and I think part of that is because all our vehicles are all-wheel drive. By and large, though, I think people are geared toward SUVs.”

Pictured at top: Michael Klaben of Klaben Ford Lincoln in Warren stands next to the newly redesigned Lincoln Navigator.