To Revitalize Salem, Their Work Is Vital

SALEM, Ohio – The work to make Salem a better city isn’t limited to time or place. While much attention has been paid to the changes in downtown over the past few years, organizations across the city have been spearheading efforts for decades.

Groups like the Salem High School Alumni Association, Salem Community Foundation and Rotary Club of Salem have been organizing, leading and supporting residents to make the city the best possible version of itself.

The going hasn’t always been easy, says the foundation’s president John Tonti, but the work is done nonetheless.“It deteriorated slowly and it’ll come back slowly. It’ll take time to do this,” he says.

Through institutions such as the Salem Community Center, the awarding of scholarships and acts as simple as giving a dictionary to elementary students, three organizations are vital in the effort to revitalize Salem.

While today Dan Moore serves as president of the Salem High School Alumni Association, his first encounter with the group came when he was preparing to graduate in 1996. With plans to attend Kent State University Salem, he received one of the organization’s academic merit scholarships.

“That covered $2,750. Today, that would be over $5,000. In combination with going to Kent State Salem and other scholarships, it helped pay for my first year of college,” says Moore, founder of D.T. Moore & Co., an accounting firm.

Moore is just one of many, many recipients.

The association regularly awards more than $300,000 in scholarships to Salem High School graduates, including $334,860 to 97 students who graduated in May. Since it was founded in 1908, the alumni association has awarded more than $7 million to 2,700 students.

“Our organization is exceptionally rare, not just in northeast Ohio but in the United States. I travel the country and when I talk about our association, people are floored to hear that the organization has more than $11 million and just how much we award every year,” Moore says. 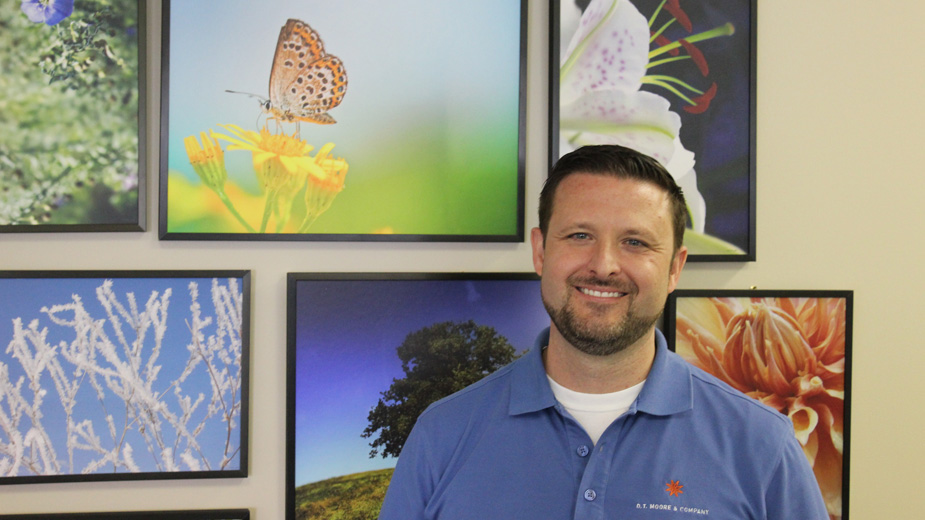 The next step for the group, he continues, is to expand the organization’s offerings. While scholarships are available to students who are approaching the end of their college careers, Moore says the group is working to expand upon the dozen currently available, as well as introduce monies for nontraditional students.

“Those are the individuals who are going to come to Salem or stay in Salem because of the opportunity,” Moore says.

“We’re working on a new scholarship with a family that really values entrepreneurship. So we want to encourage someone who has that desire and bring them back to town.”

The alumni association also maintains a database of graduates that currently sits at 20,000 members dating to 1865 – the two entries for that year’s class are Lauretta Barnaby and Anna (Kuhn) Weaver.

Everyone who graduates is automatically a member, Moore adds, and providing information to the database is optional, and usually is used for planning class reunions. There’s also a semiannual newsletter highlighting alumni’s accomplishments.

With the downtown renaissance going on, the Salem High School Alumni Association is in the process of renovating the facade of its office on State Street. The group is in the early stages of meeting with architects to determine the best course of action.

The work should be complete next year, Moore says.

“The fortunate thing is it’ll be good to see another downtown building get a facelift,” Moore says. “We’re spending a lot of time working with architects to see what our options are and we’ve got a few sketches of what the changes will be.”

Community Foundation Works All Over Town

Over the course of its 52-year history, the Salem Community Foundation has provided $60 million to projects throughout the community.

The foundation has donated $1.6 million to the school district for technology, including its first computer lab and, more recently, Chromebook laptops for students to use. The Salem Community Center opened the $3 million, 30,000-square-foot CenterPlex in late 2015 with support from the foundation. And over the years, the foundation has given money to help the police department launch a K-9 unit, put a 3D printer in the library and build a concert stage in Waterworth Park.

“With the way our organization was initially structured, the money is to be used here,” says the foundation’s president, John Tonti. “That’s been our philosophy and we follow through with that. We started with $2,000 and today we have about $50 million under our umbrella.”

Among recent projects, it’s the CenterPlex that Tonti points to when he talks about the impact of the Salem Community Foundation’s support.

“There are 6,000 people going to the community center and that’s big health-wise. It gives kids somewhere to go. It’s good socially,” Tonti says. “We don’t have to have people driving out of town. They can do everything right here.” 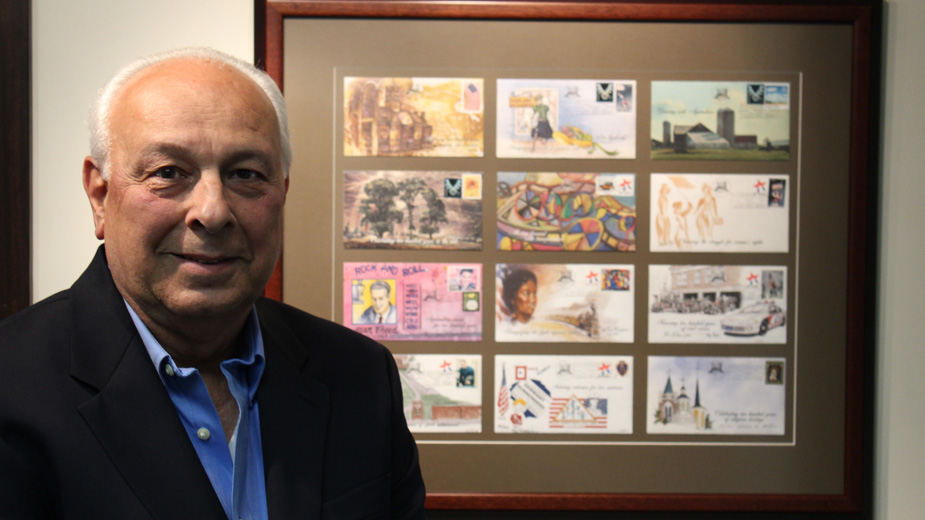 What Tonti and the community foundation’s partners and supporters want to see is Salem having all the amenities residents need. It’s a 40-minute drive to Youngstown, he notes, a drive hundreds of residents make every day.

“I feel bad when I hear that 6,000 people a day travel to Youngstown or other cities around here because they believe there’s nothing in Salem for them,” he says.

“On the other hand, I know there are people like Butech [and its vice president, Jock Buta] that have stepped up to fill the gaps. What I want to see is that those people [going elsewhere] have a job here, they have a community here. But it’s going to take time.”

What bodes well is that the foundation’s donations, especially to donor-advised funds, are increasing. Many of them focus on helping young families and single mothers.

This year, the Salem Community Foundation is supporting the food pantry operated by St. Paul Parish with the donation of a freezer and vans, as well as underwriting Making Kids Count’s diaper program.

“If you change a diaper three times a day, the cost can get up there,” Tonti says.

And through a partnership with Kent State Salem, students attending the campus will have 20% of their fees covered by the foundation, provided they keep their grades up.

“That’s just to go to school here,” Tonti says. “And when I go to the campus and talk to students, I tell them, ‘Come back here. Be the leader here. Build these things up.’ All of these things we do are part of accomplishing that.”

Rotary Club Sets the Stage for Next Generation

As it approaches its centennial, the Rotary Club of Salem has as much on its plate as it did when it was founded in 1921. While the club’s initial focus was on helping disabled children, its area of work today reaches through all segments of the city.

On Memorial Day weekend, the club puts up American flags throughout the city. Money is raised through events like the annual Pancake Day to support organizations such as Church Women United, Mobile Meals and United Way. With the funds raised, the club provides dictionaries to every third-grader at Buckeye Elementary School. 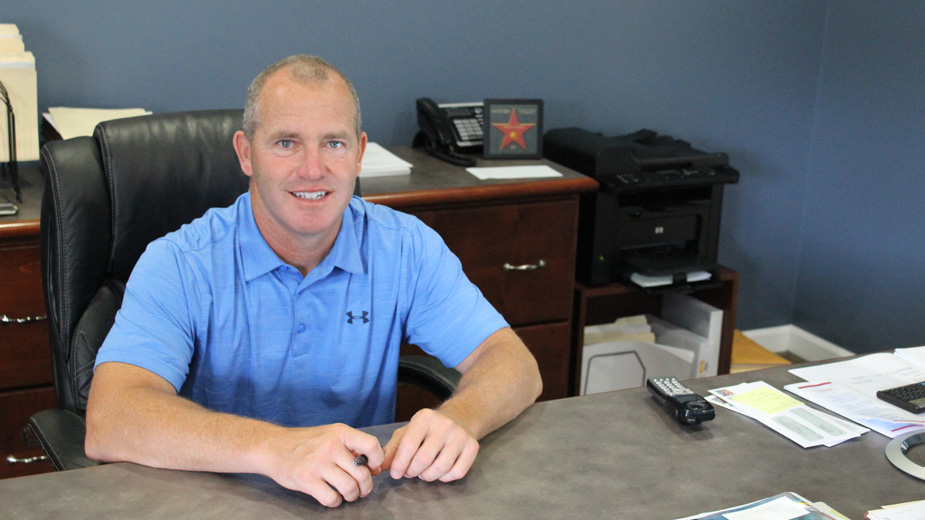 Pictured: Steve Bailey, president of the Rotary Club of Salem.

A 20-year member of Rotary, Bailey also coaches soccer, baseball and basketball for the Quakers. That kind of participation isn’t uncommon among the organization’s membership.

“Our members are involved with the school board, with city council, with roles across the city. They want to see things done,” Bailey says. “A lot of our members are either business owners or business-oriented. [Rotary] is a space for them to get together and talk about things.”

Such involvement with the kids of Salem, he continues, helps groom the next generation of community leaders.

Beyond members bringing their children to Rotary events – Bailey says his kids tag along to help put up flags around Memorial Day – the organization helped launch the Interact Club at Salem High School. The club organizes exchange student trips for students, who “return with a greater sense of who they are, and what their life’s role should be to promote friendship, goodwill and understanding,” the organization’s website says.

“The kids can see it. They see what’s happening. And about everyone who’s in Rotary, in Kiwanis, in the service club has kids,” Bailey says. “They all see it from a young age so hopefully someday they’re out here doing the same things.”