YOUNGSTOWN, Ohio — As the visitor steps onto Samantha Turner’s front porch, it’s apparent that gardening is her passion. Plants grow from well-kept flowerbeds in front of her home on Fairgreen Avenue and herbs grow from two wading pools filled with soil.

Turner has made a home for herself and her 3-year-old son in the Crandall Park neighborhood on Youngstown’s north side, which wasn’t at all her plan nearly 10 years ago.

She grew up on Ford Avenue across from where fans tailgate for Youngstown State University football games. After graduating from The Rayen School in 2003, Turner left for the University of Florida where she earned a baccalaureate in advertising in 2008.

Turner took a job with an advertising agency there and looked to move to south Florida or Atlanta.

“The plan was not to come back home,” she says. “I probably visited once inside of the eight years I was in Florida.”

In 2011, her plans changed after she came home to celebrate her aunt’s 50th birthday. While in Youngstown, she was struck by how the city had changed. During a drive along Fifth Avenue, she saw a large brick house for sale.

At the time, Turner was looking to buy her first condo in Florida for about $105,000. She stopped to check out the house, assuming it would be out of her price range.

“Well, the price was the same as the condo,” she says. “I was already kind of thinking maybe I’ll stay. And it made me look a little bit more into what was happening.”

It was enough to get Turner to stay and work as chief operating officer at American Maintenance Services Inc., owned by her father, Rodney Turner Sr. She held the job until November 2019 when she was elected councilwoman of the city’s Third Ward.

Her grandmother inspired her decision to run for council. When Turner moved back, her grandmother told her it wasn’t enough to live and work here; that she would have to be active in the community. Her grandparents instilled in her the importance of voting and being involved.

“They used to hold meetings in their home for the precinct captains. It was a big part of our lives,” she says.

That was amplified when Nate Pinkard was elected third ward councilman and would come to meetings for the Crandall Park South neighborhood group. Turner would listen to him speak and what she heard “was like a mandate for young people to get involved,” she recalls.

But getting involved wasn’t easy. She had to get over the familiar refrain that there’s nothing in Youngstown for young professionals. As councilwoman, and as a mother, she wants to ensure the children of Youngstown have a place to live and work when they get older, including her son.

“I don’t want him to feel like Youngstown isn’t a place for him,” she says. “He’s got a lot of future left with him. And it’s important. I always say I’m not raising a child – I’m raising a man.”

Building a network was also a challenge. Following her passion for gardening, she met Rotarians Elsa Higby and Elayne Bozick, who sponsored Turner to join the Rotary Club of Youngstown in August 2012.

What was a professional decision turned out to be “the best personal decision that I could have made for my growth and my development,” she says.

“We have Rotarians that have been in the club 60-plus years and have been a part of some monumental shifts in our community,” she says.

That work is something Turner looks to amplify. On July 8, she was sworn into office as the club’s first Black and sixth female president in its 105-year history.

“I’ve been waiting for this day,” Bozick said the day Turner was sworn in. “When I met her, she seemed to be a Rotarian to me. All the ideals of Rotary, all the objectives of Rotary – she was just that type of soul.”

Her election comes at “a poignant time” in history, adds Scott Schulick, Rotary board member.

“I don’t think it could have happened at a better time than today,” he says, “given all the challenges that we face as a nation right now.”

As president, Turner looks to focus heavily on education and will work closely with the Youngstown City School District to lead “a higher level conversation” with the community to drive action from the top down.

“If our school system is not good and thriving, it’s going to be really hard to bring businesses here and to bring people here,” she says.

Turner has discussed her ideas with the district’s CEO, Justin Jennings, a Rotarian himself, and is encouraging him to join the Youngstown branch, she says.

Some of the initiatives they have discussed include expanding home internet access for scholars, as well as a reading mentorship program to “help with literacy and raising the achievements of our scholars,” Jennings says.

Working with the Rotary will also be critical for enrollment, he says. While it was a difficult decision to conduct online classes when school reopens in August, the district’s efforts to increase its online learning capabilities have attracted families looking to enroll their children, Jennings says. And the Rotary can help the district to raise awareness to those opportunities.

“They see what we’re trying to do and what we’re doing and they can be a mouthpiece for us,” he says.

At a time when racial issues in the United States are at the forefront of the conversation, Turner believes Rotary can play a larger role in addressing issues at the local level. While most of the time “you’ll just see me as the only African American in the room,” she says, it’s not something that she notices because the members support each other.

As president, Turner looks to leverage that culture to expand the club’s own diversity and lead conversations “that are a little bit uncomfortable,” she says. Such conversations include policing, racial disparities in health care and raising awareness of the club within the communities, as well as tailoring its programs to encourage more residents to step up and become leaders.

The other part of that conversation is addressing any disenfranchisement felt among Black communities in Youngstown and encouraging them to engage in organizations like Rotary, she says. It’s difficult for Black residents to make connections in groups where “there’s no one that looks like you,” she says, which is why they stick primarily with Black caucuses and other Black civic leagues because “those are the groups that we’re comfortable in.”

By starting those conversations within the Rotary and bringing in the community, she believes the club can set an example.

“Youngstown is a very small place and there’s no reason for us to be divided,” she says. “We need to work together to move this community forward.”

And that includes young residents, she says. Getting young people from all backgrounds and demographics involved is “extremely important,” she says, recalling the mandate she heard from her grandparents, her parents and other community leaders since she returned home.

“You have to get involved. It’s not enough for you to go to work and come home,” she says. “And it’s a hard place to break into. My message to young people is to push through. They actually want you there. But they want to see that you’re going to do the work and you’re in it for the long haul.” 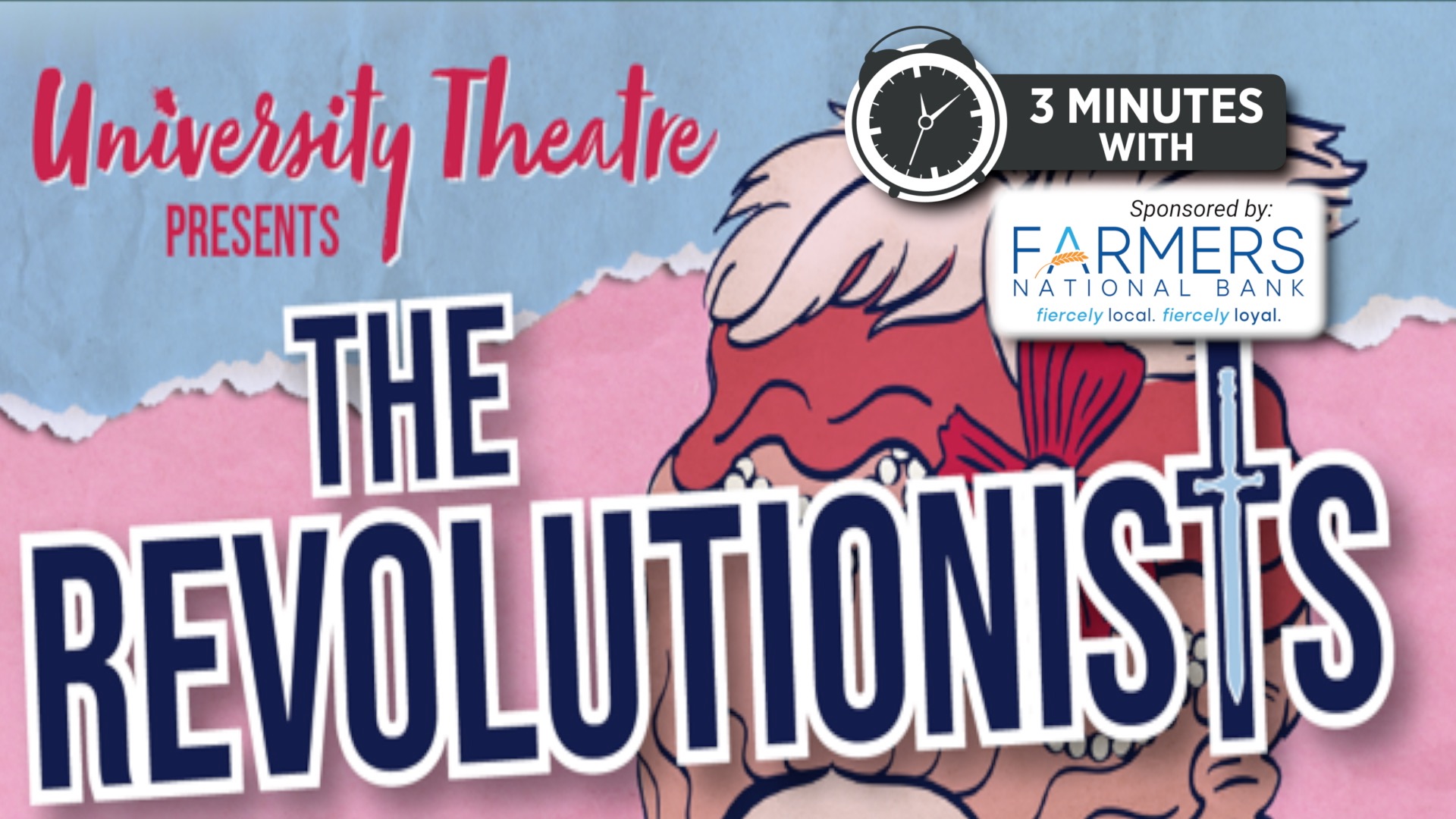 YOUNGSTOWN, Ohio– University Theatre will open its 2022-23 season with “The Revolutionists,” by Lauren Gunderson, on Friday, Sept. 30. The show will run for six performances over two consecutive weekends in Youngstown State University’s Ford Theater in Bliss Hall. Friday… 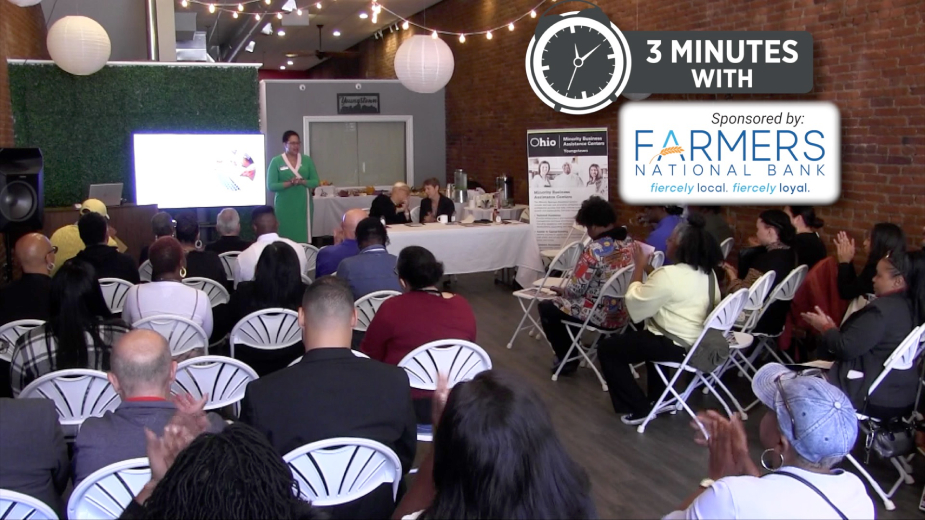 YOUNGSTOWN, Ohio — The Ohio Department of Development and the Minority Business Assistance Center attended a listening tour in downtown Youngstown to share information on the resources available to minority, women, veteran, and disadvantaged businesses. “We have a lot of… 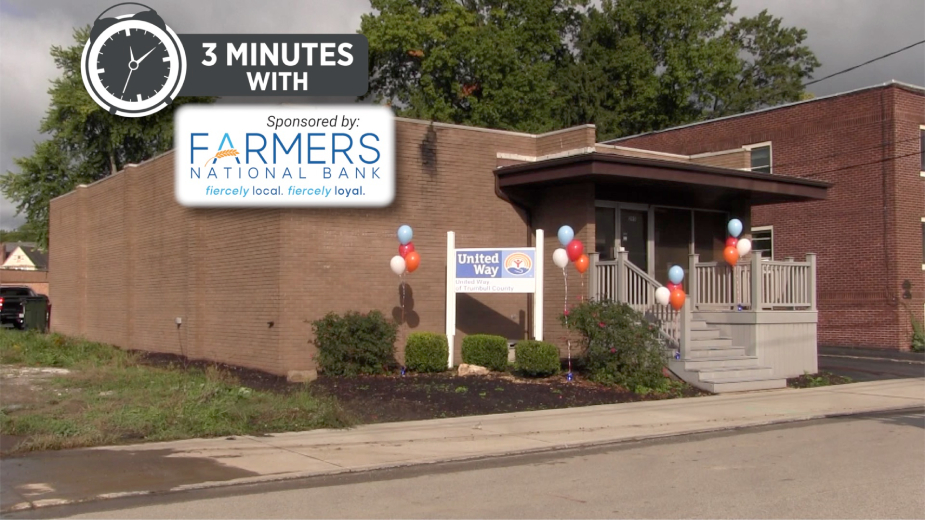