SALEM, Ohio — The streets of Salem are alive with the sound of business. Over the past three years, the city’s central business district has gone through a renaissance as new businesses have moved in and thrived.

And where there aren’t storefronts with customers streaming in and out, many of the vacant buildings aren’t fronted by dusty windows. Instead, vinyl clings showing bike equipment or clothing are displayed with “Your Business Name Here” welcoming new investment.

“Even something like that changes the conversation,” says William Dawes, president of the Downtown Salem Partnership and branch manager of Fairway Mortgage. “With an empty storefront, someone walking by would talk about it being an empty storefront. [With the clings] it’s a conversation about what could go there, not what isn’t there.”

The vinyl clings were put up in the summer of 2016 as part of a partnership between the Columbiana County Port Authority, the Sustainable Opportunity Development Center and the Downtown Salem Partnership.

Then, the city was just over a year past what many downtown business owners call the turning point. In March 2015, a vacant building on State Street collapsed, spilling bricks into the street and taking the building next door with it.

“It was on the tipping point,” says Scott Cahill, a developer who owns the Courtyard Square complex with his wife, Lisa.

The couple purchased the Courtyard building – which over its history had served as a livery, a car factory and a tin shop, among other purposes – in 2013 and started renovations the next year. Since then, 24 businesses have called the building home with several graduating to larger spaces elsewhere in Salem and work is being completed on the final two store spaces, Scott Cahill says. 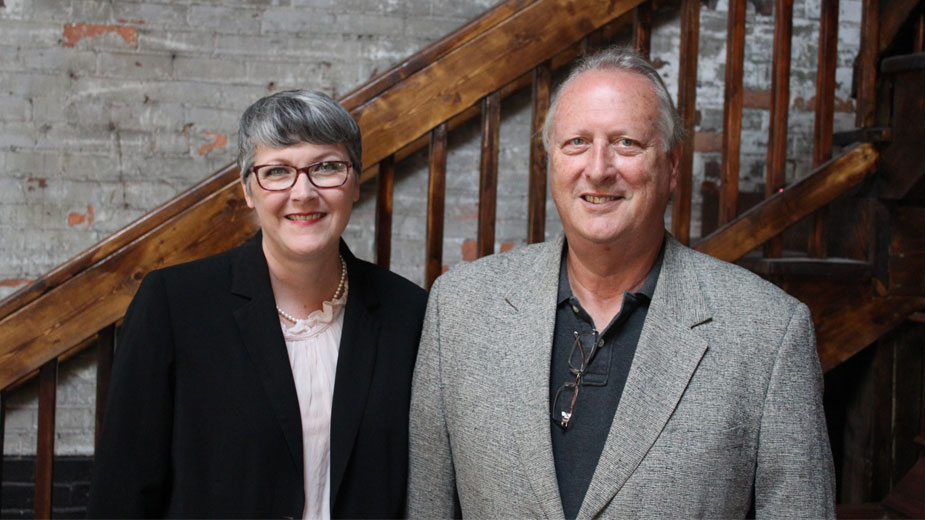 “When we developed a technical advisory committee to work with the city on downtown, the occupancy in downtown was 7%,” he says of 2013. “A healthy downtown should be around 70%. It shocked and scared me.”

In the time since, the city has revamped its building code, buildings have been reinforced, a truck route was added to bypass downtown, the Downtown Salem Partnership was launched and downtown is again bustling with activity.

Among the new arrivals in downtown are The Timberlanes Complex, Simply Scarves & Such – which opened in 2014 and has since added stores in Columbiana and Austintown – Patty’s Cookies & More, Stone Age Gamer and, most recently, Lawson’s Once Loved Furniture in May and Liebe Wein at the end of July.

“We have a lot of antique pieces and we were fascinated with the building. We didn’t want to see it sit empty,” says Kristy Lawson, who owns Lawson’s Furniture with her husband, Kenny.

The building, which once housed a bank, is on the corner of State Street and Broadway Avenue. Lawson says the couple, neither of whom are from the Salem area, initially were unaware of the changes in downtown Salem, from the collapse of the Tanfastic building three years ago to the Downtown Salem Partnership.

“But once we connected with them and made friends, it helped us realize what’s being done to bring downtown back to life,” she says. “The things they’re trying to to do are great and we think it’ll help develop downtown.”

“If you drive through Salem, you’ll see a lot of hiring signs,” she says. “Our businesses are growing. They’re busy. One of our big focuses right now is workforce development.” 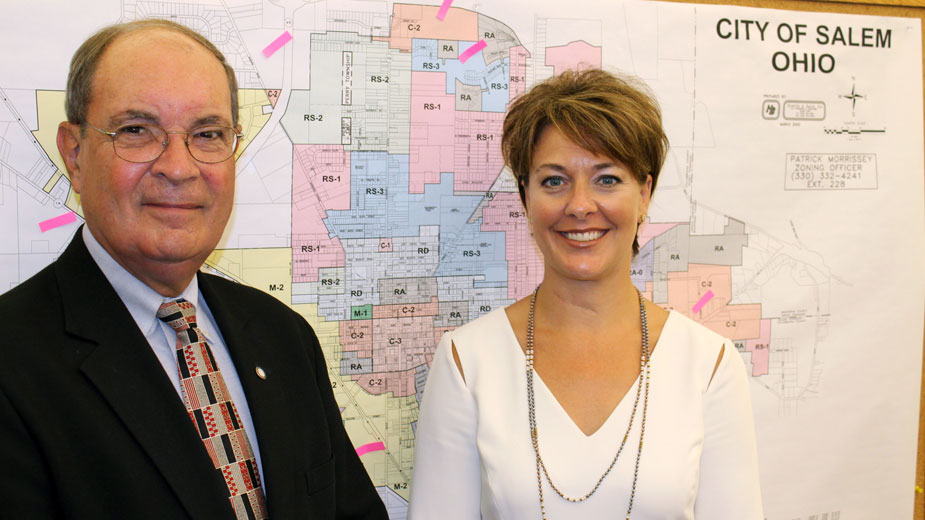 To supplement that effort, the SOD Center is in the process of developing a training center for Salem businesses at its office on Pennsylvania Avenue, northwest of downtown. The program is supported by a grant from the Appalachian Regional Commission.

“The idea is to have a dedicated space with the technology needed for our local businesses to onboard employees and handle continuing education like OSHA and safety training,” Needs says. “We’re also developing a curriculum so we can offer classes based on what they need and they can continue with their business [without losing time for training].”

An endeavor bringing together the SOD Center and the Salem High School Alumni Association aims to provide a counselor at the high school to educate students on potential career paths. In April, the center hosted its first manufacturing job fair at the high school, which drew 13 companies and seven post-secondary education organizations.

As for the eastern end of State Street, the success chains have seen there isn’t detracting from the revitalization of downtown, most agree. 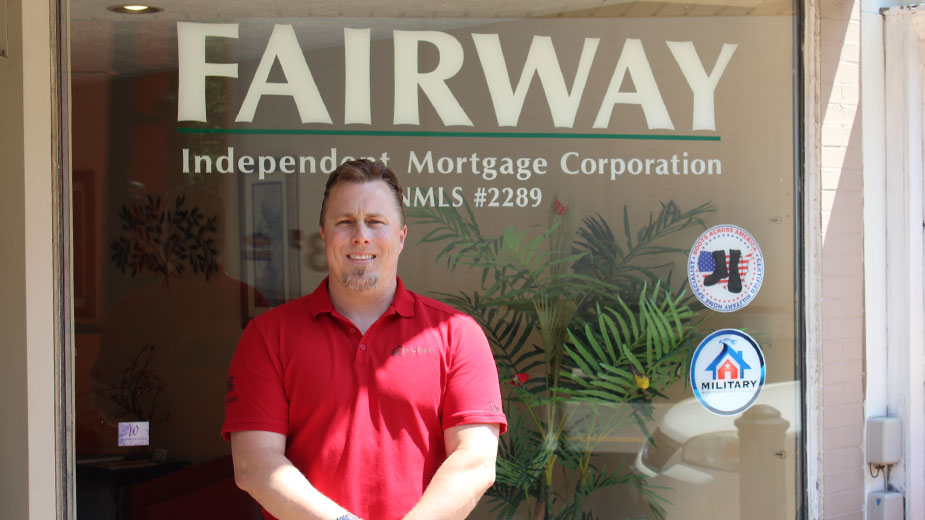 Part of what’s bolstered downtown’s success is the activism of the Downtown Salem Partnership, Dawes and Mayor John Berlin say. Since its inception, the organization has helped effect changes downtown, revamping some of the ordinances that affect entrepreneurs, including allowing businesses to put out sidewalk signs.

“They’ve got some good ideas of what they’d like to see happen downtown, whether it’s replacing sidewalks, pointing people to public parking and coming up with good, new ideas. What you need to revitalize downtown is a group of people that are interested,” Berlin says.

Throughout the city, the mayor continues, development is being boosted by efforts from city council and the approval by voters of a five-year tax to improve the city’s roads. Since it was passed, 40 of the city’s roughly 60 miles of roads have been repaved.

“City council also approved an expansion of our reinvestment act that covers the entire city,” Berlin says. “It gives anyone who revitalizes or expands a building a 15-year abatement on the improvement. We also included an income tax rebate for companies that bring in from two to 100 more jobs, where the income tax for a five- or 10-year period is returned for reinvestment.”

Among the larger projects the downtown business community is aiming to tackle is the addition of wayfinding markers, necessary as out-of-town visitors become more and more frequent.

“We don’t have enough people in this city to support everything. We have to draw people in and be a destination,” says Ben Ratner, vice president of the downtown partnership and owner of Lib’s Market. “The goal is getting people into Salem and those people don’t know how to get around town with one-ways and parking that’s not always immediately visible.” 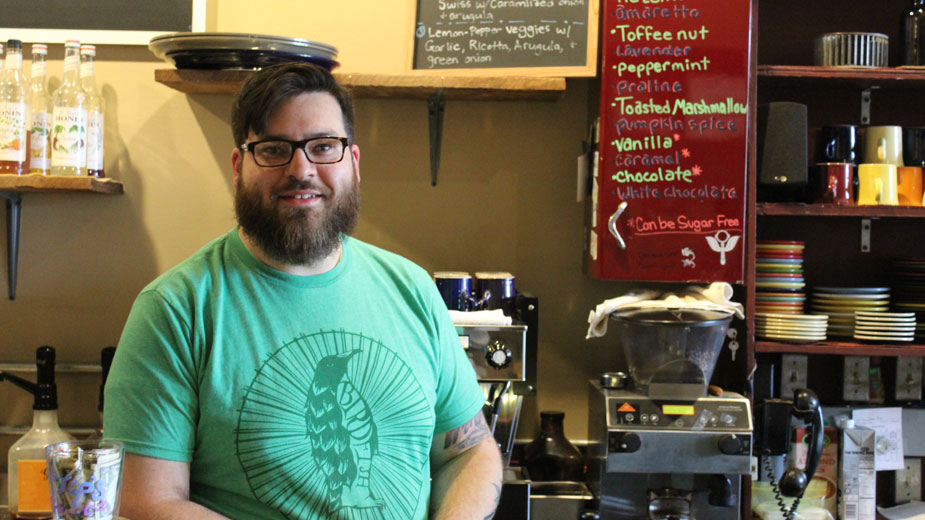 In 2012, husband-and-wife duo Brooke and Brandy Pidgeon purchased the building, which had sat vacant for seven years.

“In the past year, I’ve seen a lot more hustle and bustle. It wasn’t a ghost town by any means, but it didn’t have the same life it does now,” Bader says.

“Timberlanes can help make Salem more of an attraction,” she continues. “We can house people so they can experience Salem for a couple days instead of just driving in, spending a few hours and then heading home.”

The downtown group is also looking into the possibility of the city either creating its own building department or contracting with one for building inspections. As it stands, the state of Ohio handles inspections, which Dawes says can be a barrier to entry for new building owners and tenants in the central district.

From Needs’ perspective, the next step for business development is the addition of downtown housing on the upper levels of buildings.

“As we work to attract millenials to the area, that’s the type of living they want. They want city living at an affordable cost,” the SOD Center director says. “We’d love to see more of it downtown and we hope more building owners look at that as an option.”

“In 10 years, forsaking some really bad moves, Salem will be very successful and the buildings we bought for $30,000 [in 2013] won’t be able to be bought for $500,000,” Courtyard Square’s Cahill says. “I think this is going to be one of the finer cities in the state of Ohio if people don’t throw away what’s been done and keep doing what they’re doing.”