YOUNGSTOWN, Ohio — How confident Ohioans are about the integrity of the presidential election depends on who they are backing, with supporters of former Vice President Joe Biden feeling more assured than backers of President Donald Trump.

That finding is one of the conclusions drawn from a statewide poll conducted as a joint project of the Your Voice Ohio media collaborative and the Ray C. Bliss Institute of Applied Politics at the University of Akron. The poll was conducted by the Center for Marketing and Opinion Research from June 24 to July 15. It has a margin of error of plus or minus three percentage points, and involved a random sample of 1,037 registered voters.

Nearly 75% of registered voters surveyed about their attitudes toward the 2020 general election say they are greatly or somewhat confident that their ballots will be counted fairly. According to the survey, 34.7% of respondents said they had a great deal of confidence that their votes would be counted correctly, and 40.9% have some confidence. Just 24.3% responded they had little or no confidence.

The fact the overall confidence in the integrity of the election doesn’t correlate with Ohioans’ broader view of the state of the nation doesn’t surprise Dr. John Green, director emeritus of the Bliss Institute, although he allows that might not be the case in all states.

“What we’ve seen in Ohio over the past few years is people’s confidence in the current voting system that we have is very high, and it doesn’t vary much with the state of the economy, right track/wrong track,” Green said. “It’s almost as if they have made up their minds that, one way or the other, the system works very well.”

Ohio, he noted, offers several methods of voting, including traditional voting on election day and early voting either in person at local boards of elections or via the mail.

Variation came when viewed through the lens of the presidential election: The most loyal supporters of the Republican nominee, Trump, are among those most concerned that the election might be problematic.

Green attributes that gap to a couple of factors. One is that Biden supporters as a group are better educated than Trump supporters.

“Education has a big impact on the confidence that people have in public institutions,” he said. “Now, just parenthetically, that confidence may or may not be warranted. But it’s a pattern that we see in a lot of different attitudes.”

The other factor is that the current debate over an all-mail ballot cuts differently, he explained. Although there are skeptics in both political camps, Biden supporters are more enthusiastic about an all-mail election while Trump supporters are more skeptical, yet have a “fairly high” level of confidence that their votes will be counted under the traditional in-person voting at the polls system.

Part of the concern appears to derive from the ongoing debate over the U.S. Postal Service and the role it will likely play in the election, as the volume of absentee ballots is likely to be larger this election because of the COVID-19 pandemic. About 35% of respondents said they were very concerned that ballots that are mailed to elections boards might be lost, stolen or misplaced, and another 29% said they are somewhat concerned.

“One doesn’t have to posit a negative view of the Postal Service to recognize why people might be concerned,” he said.

“I am not sure at all about mail-in ballots,” one respondent said. “I think that if you want to vote in person, either by early voting or on Election Day, you should be able to do so. I voted early in March for the primary and found it to be very quick and efficient.”

During a Your Voice Ohio online dialogue session this summer, a retired Columbus salesman said he is troubled by the suggestion that the election should be switched to all mail.

Big changes result in big problems, he said. “Like we saw in the Iowa caucuses and it blew up – I’m concerned about changing the election process too much because it will be a cluster,” he said. “Just do it absentee ballot. We have a system for that.”

A young voter from a rural area near Dayton said she no longer trusts anyone. “Mail-in is not a good idea because I don’t trust people in government right now. I don’t know if they can rig it. It scares me,” she said.

“The irony of this is we’re not going to an all-mail ballot system in Ohio this year,” Green said. “It may be that many, many more people will use an absentee ballot and therefore vote by mail. But it’s too late to change the state law to go with the all-mail ballot.”

Some Ohioans might well be influenced by the national debate rather than the one within the state, he added.

“People should have the option to vote any way they feel more comfortable,” said one participant in the open-ended responses.

“There’s pros and cons. I would rather mail in my ballot and some people prefer to go out to the voting site,” another said.

People are willing to entertain different options because people have different circumstances. “That took me by surprise,” Green said.

Ohioans have a high level of confidence in the state and local election system. But there has been a lot of coverage concerning issues such as having people stand in line to vote and the safety of poll workers, who tend to be older and more vulnerable to the pandemic, Green said.

“It’s almost as if people are saying we trust the system but we’re worried that the impact of COVID-19 is going to diminish the quality of the system,” he said.

Northeast Ohio is the most Democratic and liberal part of the state, Green said. Central Ohio used to be “pretty conservative” but has become less so in recent years.

“That’s because of the growth of Columbus as a big, major city,” Green said. “If you think about the suburbs around Columbus, which have grown rapidly in the last several years, it’s a much more cosmopolitan place than it used to be. And in that sense resembles Northeast Ohio more than it used to.”

Nearly half of those who support an all-mail election – 48% – cite reducing exposure to the coronavirus as the reason, followed by equal accessibility for all voters at 22%. More than three-fifths of voters who oppose all-mail ballots – 61% – cite voter fraud as their chief concern, followed by the belief that in-person voting is best at 23%.

Conservative voters, including many Trump voters, are concerned that even if there isn’t a high level of voter fraud, there is a threat that it could occur, Green said.

Trump has disparaged voting by mail citing the high risk of fraud, although he has offered no evidence. Meanwhile, Republican state officials across the country, including in Ohio, have urged people to vote by mail, and the Ohio Republican Party sent fliers to voters urging them to do so as well.

“Just because people have a perception doesn’t mean it’s true and backed up by evidence,” Green said. “But perceptions influence the decisions that people make.”

“There are more ordinary mistakes in voting – including mistakes by voters – than there is evidence of fraud,” he continued. “Now does fraud occur? Sure, but it’s a very, very small proportion of the ballots cast, but nonetheless that’s the view that many conservatives have.”

Voters coming from a more liberal or progressive perspective hold the conviction that a high level of voter suppression is taking place, “that there are efforts to limit balloting by certain kinds of voters, particularly African-American voters,” Green said. “But people who worry about vote suppression worry about suppression in general.”

During the survey, the Columbus retiree disagreed with a young man who is Black, who said there are efforts to suppress the vote by leaders alleging that mail-in ballots invite corruption.

“This is where you should be reassuring people to use it. But they’re saying it doesn’t work,” the younger man said. “Whenever you have leadership that undermines the election, that is suppression.”

A Toledo man who also participated in one of the online dialogues accused the president of tampering with mail voting. “The mail-in thing, I’ve done that for a few years and have no fear of having my vote counted, but now we have a leader that’s putting fear out,” he said.

Some 30% of respondents say they are very concerned with efforts by candidates or officials to discourage some people from voting. A similar percentage is very concerned about instances of voter fraud.

“Just like with voting fraud, there’s not a lot of systematic evidence that vote suppression or efforts at vote suppression have much of an impact,” Green said. “What we have instead is the whole issue of voter turnout. It’s generally not because of suppression efforts. It’s because of a whole host of issues having to do with education, income, transportation, interest in politics, sense of alienation – there’s a whole lot of things.”

Another critic of mail-in voting, a young woman from Central Ohio, took aim at the media. “They like to throw in a bone and have both sides go at each other. They just want to pit everyone against each other,” she said.

George Nelson is a reporter for the Youngstown Business Journal. He can be emailed at [email protected]

About this project: This is one in a series of stories on issues Ohioans say are most important in this election year. More than 50 news outlets are collaborating in the project under the umbrella of Your Voice Ohio, the nation’s largest sustained, statewide news media collaborative. In five years, Your Voice Ohio has brought more than 100 journalists together with more than 1,300 Ohioans for discussions on addiction, the economy and elections. The project is funded by the John S. and James L. Knight Foundation, the Democracy Fund and Facebook. The Jefferson Center for New Democratic Processes designs and facilitates the dialogues. Retired Akron Beacon Journal managing editor Doug Oplinger directs the media work and can be reached at [email protected] 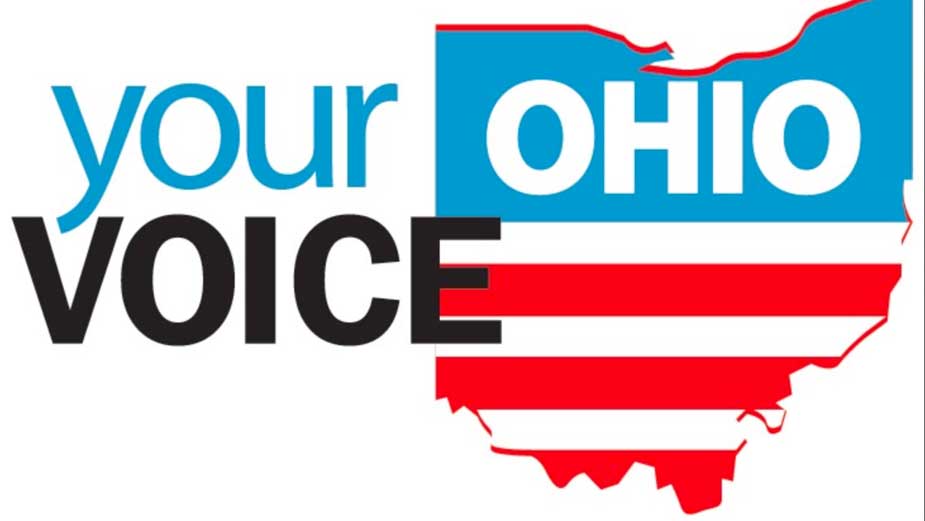 It was a steamy July week in Ohio as folks from around the state sat in front of computers and smartphones for two-hour online conversations. The purpose of the sessions was so reporters and editors in the Your Voice Ohio…

By Anna Staver, Columbus DispatchCOLUMBUS, Ohio – When the casino where Jessica Hamilton worked shut down for three months due to the novel coronavirus, she filed a claim for unemployment. “I was on unemployment, which I never expected to be…

YOUNGSTOWN, Ohio — The uncertainty caused by the COVID-19 pandemic, the ongoing protests for racial justice, concern for how the economic recession will affect businesses, families, communities and the overwhelming amount of misinformation circulating online about everything from vaccines to…