Walnut Grove Provides Place for All to Play

CANFIELD, Ohio — If ever there is a question why the board members for The Walnut Grove spent five years working to build a playground “in the middle of nowhere,” the reactions from parents on social media serve as constant reminders.

“I see a Facebook post about a child who is so excited to come to the playground because they’ve never been able to before,” says Shellie Duchek, fundraising chairwoman for the board. “And I think, ‘That’s why we do this.’ We do it for those kids who want to be able to play and they just want to do what every other kid is doing.”

Duchek holds her one-year-old daughter, Josie, as she watches a few dozen kids and their parents enjoy the playground at 8800 Columbiana-Canfield Road in Canfield. She’s been with the nonprofit since it first incorporated in 2013 as the Henry M. Halstead Field of Opportunity, and after five years of planning and more than $1 million in investment, the first phase opened in May 2018.

“And now we have a one-acre playground that is the newest and coolest in the area,” she says.

Rhonda Adams agrees. On this day, she was at the playground with her niece, Peyton Brummitt, who is partial to the monkey bars. It’s Adams’ first visit to the playground, and she says she plans to bring her nephew who is in his 20s and has a disability.

“It would be good to bring him here too,” she says. “It’s really cool to have something like this in our area and bring the community together.”

The Walnut Grove was designed to accommodate children and adults with special needs. Swings, slides, clubhouses, a sand area, a jungle gym and other common playground equipment are all designed and built for accessibility for individuals of all abilities.

Such accessibility is something that typical parks and playgrounds can lack, says Amanda Watanakunakorn, board president. While community parks are accessible to most people, it’s not always so for those in wheelchairs or who use crutches, including children as well as their parents, she says.

“A place like Walnut Grove gives them a place where all of that has been thought about,” Watanakunakorn says. “A lot of those kids are relying on their parents when they go to other venues to help them, to help them get up the stairs, whereas here they can go up a ramp.”

Board members put considerable thought into the types of equipment in the playground, Watanakunakorn says, with transferring a rider being the top consideration, as well as ramp heights and widths, swing heights and fall zones.

For example, the playground includes a We-Go-Round – similar to a merry-go-round – that is accessible to children in wheelchairs. The ZipKrooz zip line includes seats, so children can be transferred from a wheelchair to the ride. Board members work directly with an occupational therapist to understand the limitations of certain diagnoses and which playground pieces would work best, Watanakunakorn says.

Parents make requests as well, including bathrooms and a pavilion for hosting parties, she says. Both of those are priorities, particularly the bathroom, since the only facilities currently onsite are portable potties. However, the playground first needs to gain access to public water and sewer. Local elected officials are working to make that happen, she says.

Future bathrooms will include changing tables that can accommodate adults, she says.

“Because people don’t realize – or they don’t think about – these children that you see out here utilizing this property eventually grow up,” she says. “And they’re still going to want to come out here.”

Individuals such as her nephew, who has a rare chromosomal disorder that prevents him from aging mentally beyond one year, Watanakunakorn says. He’s 8 years old “and he’s growing significantly,” but will want to come out and play as he gets older, she says.

Providing a welcoming place for kids and adults with special needs to integrate with typical kids is a big reason why Watanakunakorn became a board member in February 2016, she says.

“Not only to be able to learn how to do life skills, but to also enjoy life,” she says. “They’re humans, just like you and I are, and a lot of them have such a wealth of knowledge and a lot to give our community. And they need a place to be able to do that.”

Working with the special-needs population is personal for Corey Patrick, whose aunt is confined to a wheelchair because of multiple sclerosis.

So when a friend who is involved with The Walnut Grove asked if he’d help the nonprofit with some marketing efforts, Patrick was happy to help, he says, “especially when I found out what the mission is for The Walnut Grove, what we were started for and what we do.”

The mission of The Walnut Grove spoke to Patrick, who was on hand for the grand opening of the one-acre Hine Memorial Fund Playground in the spring of 2018.

The nonprofit provides a place where people of all ages and abilities can “learn through play and enjoy the freedom to interact with their peers,” according to its website.

“Seeing my aunt have a place to come with her grandchild that she really can’t do anything with was super impactful for me,” Patrick says. “And that was where my heart strings were tugged and why I wanted to get involved.”

Patrick, who serves as director of marketing and communications for the Youngstown Business Incubator, first got involved with The Walnut Grove about three years ago, handling the nonprofit’s social media, press releases, signage, event programs and any other marketing needs. The 12-member board of directors for The Walnut Grove is completely volunteer, says President Amanda Watanakunakorn, and includes business owners, attorneys and education professionals.

Along with board members, community volunteers pitch in to maintain the grounds and assemble the playground equipment, she says.

“If it weren’t for them, we wouldn’t be here,” Watanakunakorn says. “They’re our backbone.”

In addition to his marketing work, Patrick also helped organize the ribbon cutting for the playground, which cemented his commitment to the nonprofit, he says.

Watching kids with special needs play and interact with typical kids “is an experience that all kids should be exposed to that they don’t get” at a traditional playground.

“This is truly a one-of-a-kind facility,” he says. “Any other park that says it’s accessible is not truly to the level that this is. Being able to see individuals or children with special needs out here is also just the coolest thing ever.”

And while Patrick’s aunt has yet to visit the park, he says, the family is trying to acquire a van with a wheelchair lift so she can get out of the house.

She’s eager to enjoy the playground with her granddaughter and has already assured Patrick that “once we get this van, I am there with her,” he says.

Initially, the playground wasn’t part of the original master plan, Duchek explains. When Halstead donated 20 acres to the organization, board members met with the community to devise a master plan that included indoor and outdoor recreational space, as well as sports fields and a track.

After going through a wetland mitigation to account for the back half of the property, a grant from the Ohio Department of Natural Resources allowed the nonprofit to put in a parking lot, pedestrian trails and a bridge that connects the property to the Mill Creek MetroParks Bikeway, she says.

Initial cost projections for the playground exceeded $1 million, so the board had to break development into two phases.

The Hine Memorial Fund of the Youngstown Foundation provided a $250,000 grant, covering nearly half of the $550,000 first phase.

To save money, Walnut Grove held a community build, during which a playground company established the foundation then supervised 150 volunteers who built the playground itself, she says.

“At the time, this was just nothing but mud,” she says. “For two or three days, they just worked their tails off.”

The Hine Memorial Fund Playground was named after the Hine Fund, which gave another grant for the second phase, bringing its total giving to $750,000. It closed in April for construction and reopened in June with new sand pit, swings, zip lines and pretend play clubhouses.

“The pretend play was really important to us because this internal section is only designed for children who are over the age of five,” Duchek says. “The pretend play is for the little ones.”

Sports fields are still being considered, but will require more funding, she says. Each field would cost up to $1.5 million for land work and installing a seamless surface so individuals of all abilities can run on it, she says. This month, the nonprofit received a $4,600 donation from Sheely’s Furniture and Appliance.

For now, The Walnut Grove is holding off on grant writing, she says.

It still holds about $100,000 in loan debt it accrued to complete the build out, so any fundraising or donation revenue will go toward paying that and financing annual maintenance costs of $45,000 to $60,000, Watanakunakorn says.

Just taking down the big shades over the swing sets costs $1,500 and another $1,500 to put them back up in the spring, she says. During the warmer months, the nonprofit tends to its lawns and clearing the bike trail.

Then there are future expenses. The poured-in-place rubber surface used throughout the playground is “very durable,” but will deteriorate over time, she says.

New pieces of equipment can range from $1,500 to $100,000 and up, she says, and as more people come to the playground, it will need to expand its parking lot.

The Walnut Grove hosts field trips for kids and adults with special needs, including those enrolled at Potential Development and the Paula & Anthony Rich Center for Autism.

Most visitors are from the immediate area, but “we’ve heard of people coming from 45 minutes to an hour away,” including from Cleveland and Beaver, Pa., Duchek says.

During a visit to the playground, Thelma Gawlik of Lisbon met a couple from her husband’s hometown of Jackson, Mich. Gawlik asked the woman if she’d gone to Youngstown just to see The Walnut Grove.

“She said, ‘Yes we did. We came here because other people told us about this place and it is as nice as they told me, and we will be back,’ ” Gawlik recalls.

Gawlik visits the playground with her grandson, who started preschool this year, she says. The experience has benefited his socialization, she says.

Events help cover costs, she says. The annual Swing, Wine and Dine event is held every February, with more than $50,000 raised at this year’s event. The organization is already courting sponsors and raffle basket donations for the fourth annual event in February 2020.

“It’s not run by any townships; it’s not governed by any public funds,” Duchek says. “Everything we do is raised by the generosity of the community, and we are very grateful for all they have given us and we are just so excited to share our park with everybody.”

Members of the community can support The Walnut Grove by making a monetary donation or volunteering their time.

The nonprofit is always in need of volunteers for playground upkeep, including weeding and emptying trash cans, says Amanda Watanakunakorn, board president. “We’re always looking for new board members who can breathe life into the project,” she adds.

Other volunteer opportunities include helping during fundraisers or lending a hand during community days, when volunteers assemble playground equipment. Those interested can fill out the volunteer form at TheWalnutGrove.com/support-the-grove.

Credit card donations can also be made on the page, and The Walnut Grove offers naming opportunities for large monetary gifts. Donations of $500 to $100,000 and up receive a leaf on the donor tree at the front of the playground. For more information, contact Watanakunakorn at amanda@thewalnutgrove.com.

To donate a portion of an Amazon purchase, go to Smile.Amazon.com and select Henry M. Halstead Field of Opportunity. 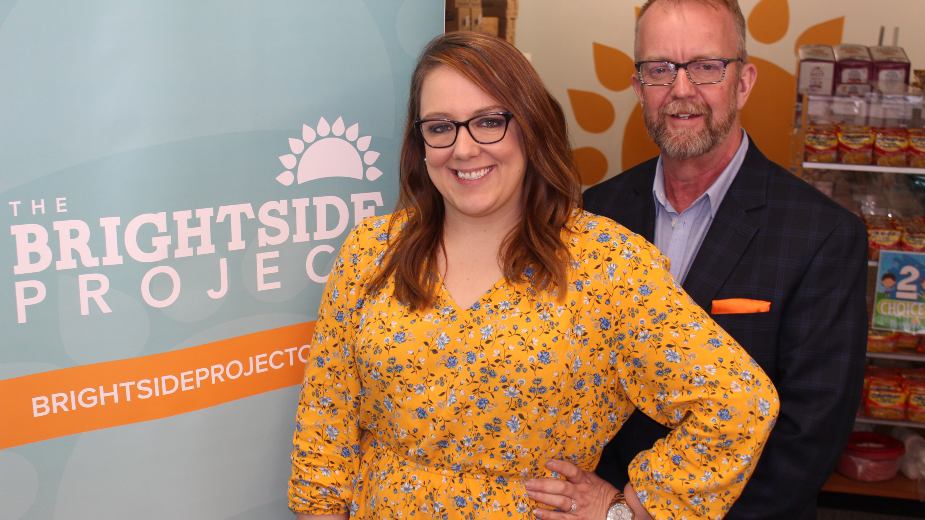 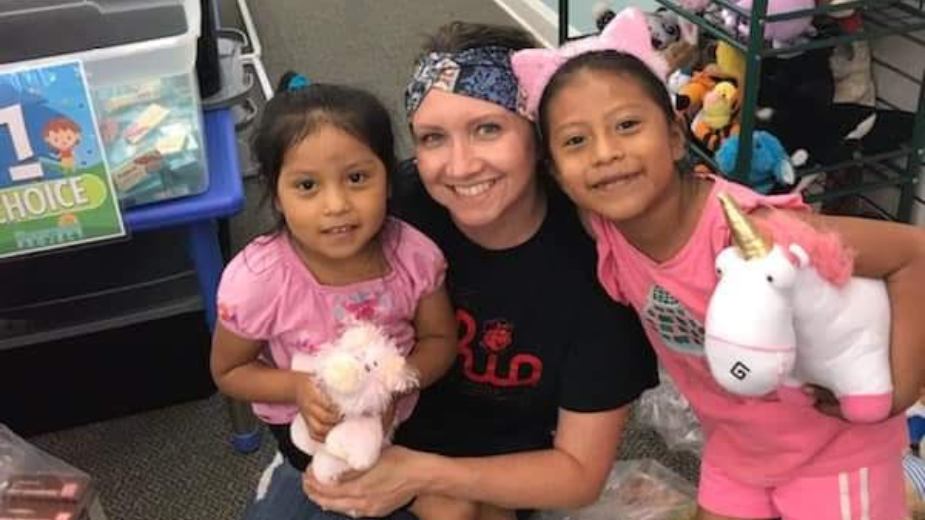 Hile Does It for the Smiles 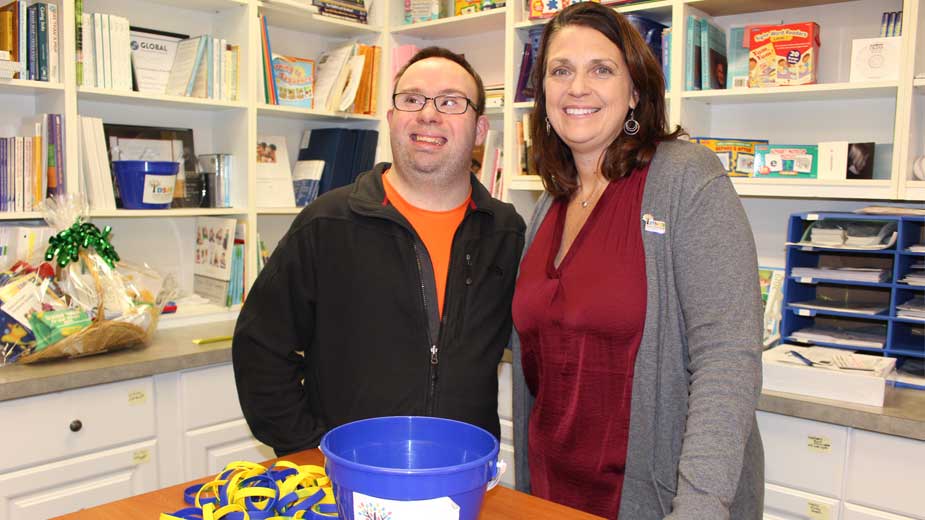 Down Syndrome Association Was Born from Need