Warren Bakers to Compete on ‘Bake It Like Buddy’

WARREN, Ohio – Stella Kotsatos-Angelo and Penny Bennett of Warren will appear as one of the competing teams on Discovery Family Channel’s “Bake It Like Buddy” Oct. 13 at 9 p.m.

“I love being in front of the camera and Penny is very competitive,” said Kotsatos-Angelo, owner of The Cake Boutique here, where Bennett is the manager.  “I tried out for the show a lot and that’s one of the things you continuously have to try out for and finally they called.”

Celebrity chef Buddy Valastro hosts the program, which kicked off its 25-episode season on Sept. 8.

Each week, two teams of friends and family members face off against each other in a bake-off at Carlo’s Bakery in Hoboken, N.J.

In the episode titled “Sci-Fi Cakes,” Kotsatos-Angelo and Bennett battle against a brother/sister team from Cincinnati as they create a sci-fi themed cake in just four hours.

Kotsatos-Angelo and Bennett say viewers can expect to see “a lot of drama” in the half-hour episode. 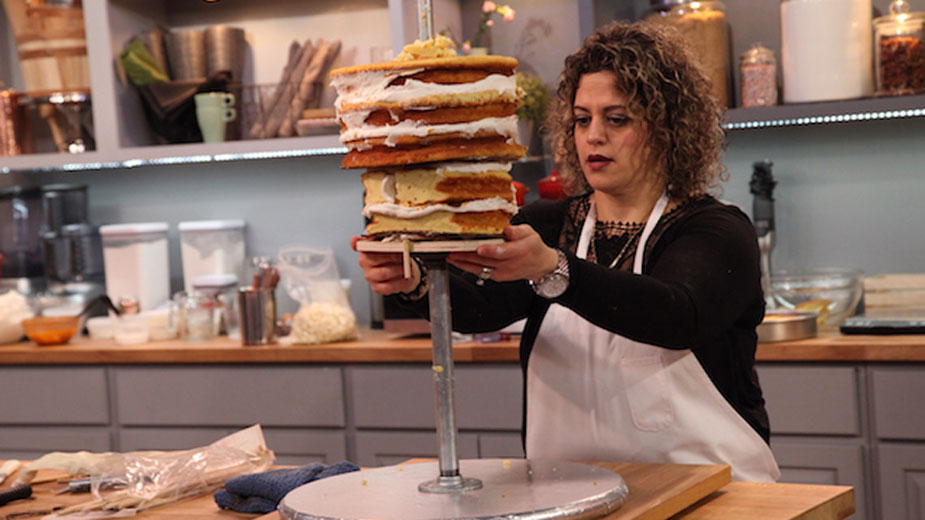 Carlo’s bakery veterans, Mauro and Ralph, help Valastro decide whether a UFO or zombie cake will win the prize of $1,000, along with professional baking supplies.

If the Warren team wins, Kotsatos-Angelo said the prize money will be put back into the bakery here.

“Win or lose – for the experience is the whole reason you go,” Kotsatos-Angelo said. “I love meeting new people and networking with people on the show is a privilege and to be in the competition in front of Buddy was amazing.”

While on the show, Bennett said Valastro gave the Warren bakers advice on the structure of their cake and on baking.

In 2016 the competitive duo appeared on the Food Network’s “Cake Wars,” where they won an episode’s cake-baking competition.

Pictured: Penny Bennett, manager and Stella Kotsatos-Angelo, owner of The Cake Boutique in Warren, appear on the Discovery Family Channel’s “Bake It Like Buddy.”