Warren’s Revitalization Led by People of Every Stripe

WARREN, Ohio – There is no one path to revitalization. Every city, every neighborhood and each individual takes a different route to improving the community. And Warren is no different.

There are people like Joan Sullivan, who helped establish a community garden with little experience. There are those like Leroy McKenzie who have had a lifetime of experience and are working to improve community assets. On the West Side, restaurateur Erik Hoover is investing in his business and the neighborhood around it. And across the city, Melissa Holmes has been involved in projects to restore a landmark in Warren.

“I moved back because I wanted to make Warren a better place,” Holmes says.

“It’s important to me to bring the neighborhood together,” McKenzie says.

Each activist has his own reason for getting involved and setting his own path to revitalizing Warren.

A few years ago, it would have been easy to dismiss Quinby Park as a problem. The basketball courts were cracked. Most swings were broken, as were the tables. And the pavilion was in disrepair.

But under the stewardship of Community Concerned Citizens II and its president, Leroy McKenzie, the park has begun to bounce back.

“This area has been a target for so much negativity. I’m trying to bring this area back up, make it safe,” McKenzie says. “This park is still safe. Even though it’s not completed, people notice activity at the park.”

The group is renovating the pavilion. Work is underway on the bathrooms – “They were terrible. The fixtures didn’t work. It was rusted. The walls were messed up and cracked,” McKenzie says – and up next are the kitchen and chimney. Also on the to-do list: new lights, ceiling fans, a flagpole, grills and a plaque that details the history of the park.

Much work remains, but ever since Community Concerned Citizens agreed to maintain the park in 2016, it’s come a long way. Last year, for example, Quinby Park became a site for a farmers market co-hosted by Trumbull Neighborhood Partnership.

TNP donated a scoreboard for the basketball court in the park. And a Winterfest last December – McKenzie played Santa, he says with a hearty laugh – drew more than 200 to the pavilion, whose renovations enjoy the support of the Warren Neighborhood Initiative.

“It’s important to bring the neighborhood together. When people see you doing something, they get involved. The more they get involved, the fewer problems there are in the area,” McKenzie says. “By [us] cleaning this park together, it makes a difference. It makes people come out of their houses.”

Bringing the neighborhood together isn’t entirely about large projects like Quinby Park.

When McKenzie began his second term as president of Community Concerned Citizens, he made sure everyone in the group had his own name-tag. At community events, he reasoned, it would make members more approachable because people wouldn’t have to guess who was a member, who wasn’t and it put everyone on a first-name basis.

McKenzie moved to Warren in 1973 and stayed four years, he says. He returned for good in 1993. All along the way, he’s been helping people in the areas he’s lived.

“I’ve been involved in this stuff all my life,” McKenzie says. “When you get involved with people, you learn their needs. People don’t know what they’re entitled to. I try to help them out.”

In the summer of 2011, Trumbull Neighborhood Partnership demolished its first house in the Garden District just down the street from where Joan Sullivan lived.

“This used to be a white building that people would hang out at. They called this Area 51,” she says. “It had a bad reputation.”

In its place, seven years later, is the Central City Unity Garden, founded by Sullivan and her neighbors. Instead of a vacant house, the site is home to a community garden tended by children in the neighborhood. There, they grow fruits and vegetables that they can take home to supplement their meals.

Before the Unity Garden, Sullivan says, she didn’t have a hand in many community projects. Around the time she got involved in the garden, she began working with the Mahoning Valley Organizing Collaborative and went through MVOC’s leadership training.

“I grew into it. I was a primary care provider for my dad for three years. And that introduced me into a lot of different needs and developing services,” she continues. “After he passed, I had free time and I knew I had to do something that makes a difference. I was drawn to that and this is what came out of it.”

The impact of Sullivan’s project extends beyond its borders on the corner of Washington Street NE and Mercer Avenue NE. Within sight of the garden are other TNP pocket parks where dilapidated houses once stood. One is an art installation, another has flags and a small memorial, and a third is another garden space.

While not much to look at now – it is early spring in northeastern Ohio, after all – during the summer, the Central City Unity Garden is a hive of activity as children work in planter boxes they and their peers painted.

Still, not everything with the garden has been easy, Sullivan concedes. “It’s difficult to keep their attention and making it beneficial to them. If we don’t teach these types of skills and instill this in them, they’re not going to survive,” she says.

“They have so much baggage that comes with them. It’s hard even getting them to cooperate sometimes without an immediate reward. We just have to keep trying.”

Development is Multi-Faceted for Holmes

Since moving back to Warren, Melissa Holmes has been all over the city. Through her job as program consultant at Warren Redevelopment and Planning Corp., she meets with business owners to help them solve problems. Through work with the Fine Arts Council of Trumbull County, she helped kick off the movement to bring back the Robins Theatre. And through work on her own, she’s playing a role in revitalizing the Garden District.

“I moved back because I wanted to make Warren a better place,” she says.

Among her first efforts – alongside her fiancée – was renovating a house on Perkins Drive. They bought it four years ago and are still working through it. Part of what’s taken so long, she says, is the sweat equity required as well as the search for Ohio-made or American-made products.

“We wanted to create something that was our own and we both have a passion for restoration, rebirth,” Holmes continues. “Revitalization isn’t just something I do as a professional career. We believe in it.”

From there, she became involved in The Robins Project, a grassroots effort to restore the Robins Theatre on East Market Street. Holmes, a graduate of The New School in New York City, has a background in urban policy and among her first lessons in redevelopment was to look at what’s worked before. In Warren, she found, people remembered the theater.

“A lot of people thought it had been bulldozed years ago,” she says. “They didn’t know the space still existed and they certainly didn’t realize the enthusiasm for the space. So we spent the time to bring it back to the community.”

Through a partnership with the Fine Arts Council – she now serves on its board – the project hosted movie screenings. Initially they were at the Warren Community Amphitheatre, but eventually held throughout the city.

“Kids who are on the South Side can’t get to downtown Warren, so let’s do it someplace like Willard School,” she says. “We popped up a movie and kids rode up on their bikes to watch.”

That work in several sectors helped a more recent business-oriented project come to Warren: eBay’s Retail Revival program. On eBay’s end, Holmes says, it was committed to Akron but looked at Warren as part of its due diligence. The program provides business assistance to bricks-and-mortar shops and provides them with online stores.

“I got a call from the city of Warren. They didn’t have any details, but they said eBay was scouting Warren and wanted to meet businesses,” she says. “We had 24 hours to get that together. And through those relationships, I was able to call everyone. Everyone was able to be there and could put their best foot forward.”

The Hoovers had two reasons they decided to put their restaurant, Cockeye BBQ, on the west end of Parkman Road. The first, says Erik Hoover, was its affordability. The other, and perhaps more important, it was their neighborhood.

“If I had a million dollars, we might have considered opening in a different location. But we didn’t,” he says. “I live a mile from here. My wife and I have lived here since 2000. We raised our family here. We’ve driven past this place so many times. We saw it operational, out of operation, in decline and with windows busted out, animals and people living in it.”

They bought the building and opened Cockeye BBQ in 2015. Since then, the restaurant has expanded, adding 600 square feet last year and this year doubling the size of its kitchen. More investments are in the works, Hoover says, including a still-in-planning third phase and the possibility of bringing the manufacture of Cockeye’s barbecue sauces to Warren.

That possibility, Hoover says, lies far down the road should it come to fruition.

Beyond investing in its own space, Cockeye contributes to youth sports, from sponsoring girls’ T-ball teams to hosting “feed the team” events for high school football squads.

“I like to think it’s because they love our food. But if you saw how much they eat,” Hoover says with a laugh before trailing off. “They’re hungry. I hear it from the coaches that they don’t always get breakfasts or big lunches. Before a game or after practice, they can be starving.”

Then, there’s the support for other local businesses. Bread for Cockeye comes from Warren Baking Co. A new sauce uses products that McDivitt Family Maple furnishes. The weekly deliveries come in on a truck emblazoned with a “Buy Local” slogan.

“The money I earn here, I try to spend that with people who are like-minded,” Hoover says. “The product is fresher and better because I know the owner. And they’re faces I see in here.”

All of this stems from a pride in Warren’s west side, an area that hasn’t seen the investment that some other areas of the city have. Now that it’s successful, Cockeye has a role to play here, Hoover says.

“It benefits me when we do block cleanups or have concerned citizens. I know about it. I live here. … I drive here seven days a week and I’m very aware of what’s happening in the three-square-mile area I work in,” he says.

“It takes somebody willing to give it a try and then sticking around.” 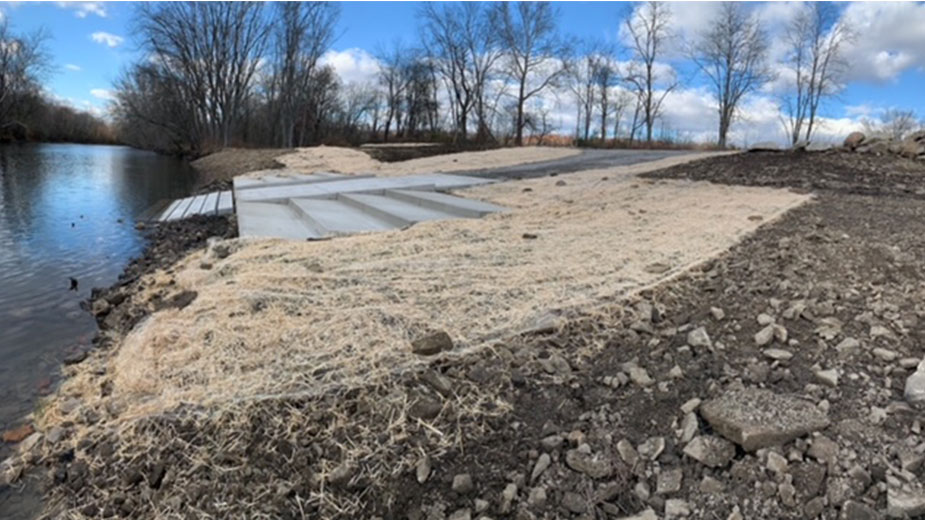 LOWELLVILLE, Ohio — Kayakers and canoers looking to navigate the waters of the Mahoning River will have a new launch site. Work has wrapped up on a new livery here along the river, part of an overall development strategy in… 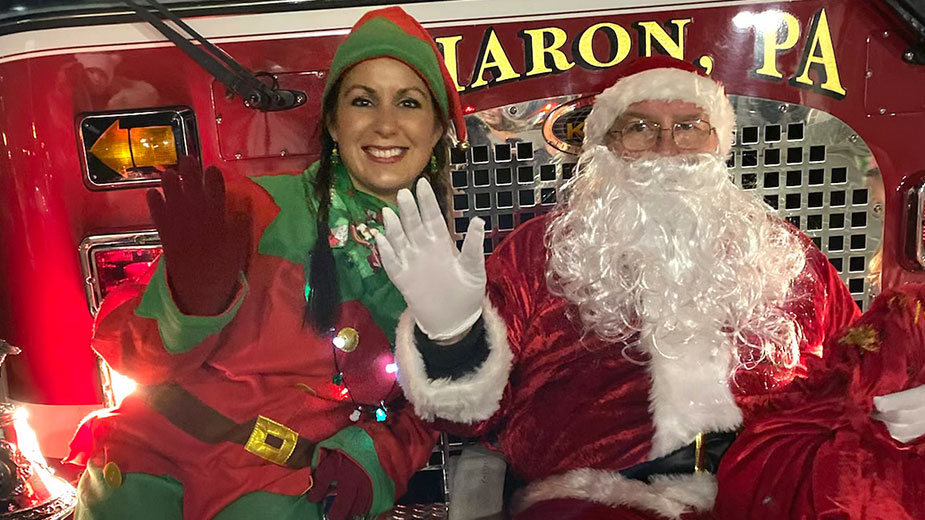 Make It a Small Business Saturday in Sharon

SHARON, PA – The city is encouraging residents to turn out in force for its Small Business Saturday celebration on Saturday, Nov. 27. The annual event kicks off with a special mascot ribbon cutting on the E. State St. Bridge,… 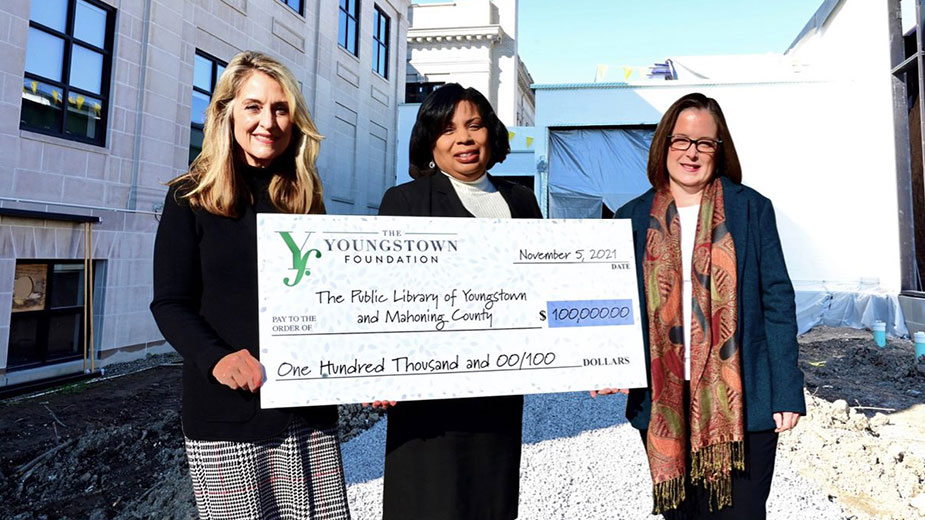 YOUNGSTOWN, Ohio — The Youngstown Foundation awarded $100,000 to the Public Library of Youngstown & Mahoning County toward the $25 million renovation of Main Library. The donation will specifically support work on the library’s main lobby, according to a library…