What If Kids Don’t Want the Business?

BROOKFIELD, Ohio – By setting a strong example for his sons, Bill Strimbu has a fourth generation to whom to pass the family business – even after breaking tradition and encouraging his children to forge their own paths.

Nick Strimbu Inc., a Brookfield-based trucking company, is set to become part of the less than 3% of family businesses that make it to a fourth generation.

The president of the company, Bill Strimbu, is passing the baton to sons Spencer Strimbu, the chief financial officer, and Harrison Strimbu, director of marketing.

Bill Strimbu’s grandfather, Nick Strimbu Sr., founded the company in 1926 in New Philadelphia after emigrating from Romania. The company was passed down to Strimbu’s father and uncle, who ran the company after returning from World War II in the 1940s. After his father’s death in 1989, Strimbu and his brother inherited the company.

He says his father and uncle expected every son to work in the business but it didn’t work out. Some of the employees worked hard to ensure that the business thrived. Some didn’t “put their best foot forward,” as he describes it.

Strimbu noticed a lack of morale because some of the employees dragged their feet after being forced into a company they had no desire to continue. He says it’s a dynamic that is frequent in family-run businesses.

So after becoming president, he decided to break that cycle in the best interests of the company and his children.

“When I took the reins of the company, I decided and told my children when they were growing up, ‘You don’t have to work at our trucking company. You could do anything you want,’” Strimbu says. “Unlike when I was told I was going to work here and that was my career, I let them pick their own paths.”

Spencer Strimbu has been on the payroll since he was 7. While his salary has increased from the $2 an hour he used to earn, the core values his father and grandfather taught him remain the same.

“I looked back at what impacted me and made me successful. And I think it was working at such a young age: saving money, learning how to save my own money and pay for my own things,” Spencer Strimbu says.

He adds that his father and grandfather are his role models and taught him what he says are essential values: empathy, humility and hard work.

“I think the most important values to instill in your children are humility and to have a love for others. Just having compassion and empathy for your employees, vendors and customers,” Spencer Strimbu says. “If you’re smart, you work hard and you treat people right, you’ll be successful.”

He went on to earn a degree in accounting – a requirement for joining the family business. Bill Strimbu says a common mistake for family businesses is making their children take over, despite being underqualified and ill-prepared.

Family businesses build wealth and then hand it over to the next generation, making it “too easy,” he says. “The biggest thing that I think families absolutely have to do is continue to drive your children to put the effort forward. They get one shot at this life and the worst thing you can do is put a silver spoon in your son or daughter’s mouth and expect that they’re going to do well.”

In its 96 years of operation, Nick Strimbu Inc. has overcome its fair share of challenges including the Great Depression that overturned the economy just a few years after the company launched, the fall of the region’s steel industry and more recently, the Great Recession of 2008.

Bill Strimbu says that recession nearly put the company under water and it had to cease operations until things turned around. When a friendly competitor went bankrupt and offered the company a few employees with expertise in refrigerated hauling, the company turned a corner.

Today, the company boasts 165 employees and is a self-described refrigerated, flatbed and specialized asset-based trucking company, with freight brokerage services, vehicle maintenance and a repair garage.

By diversifying the company, Bill Strimbu says it’s now vibrant and “recession-proof,” ready to be passed on to the next generation.

Nearly half of all owners expecting to retire in the next five years lack a successor, according to Score.com. Family businesses play a vital role in the U.S. economy, considering they generate 64% of gross domestic product and employ 60% of the U.S. workforce.

Strimbu says that his employees have been loyal to the company, even the ones that he has hired from outside the family. The company has managed to keep family at the reins for nearly a century but there is no guarantee for later generations.

For now, the company’s future is safe in the hands of Spencer and Harrison Strimbu, their father says. He says there’s no chance he’ll “sell out” to a bigger company.

If there ever comes a time when there is no next generation to pass it to, Strimbu says the company would do an employee buyout in fairness to those who dedicated their time to helping the business grow and keeping it viable. That’s a bridge they will cross when they come to it.

“I’m passing the wand on to the fourth generation of Strimbus so our employees and customers can rest assured that we’re not going to sell out and we’re hopefully going to be here for another 100 years,” Strimbu says. “We’ve been very blessed and fortunate to be in the position that we’re in.”

Ryan Glinn, certified financial planner for W3 Wealth Management Group, says he encourages family-owned businesses to make a plan for succession as soon as they can.

“It’s important for business owners to get started early with succession planning and conversations. I know it can be tough to take that step back but when it comes time to exit, it doesn’t happen overnight,” Glinn says.

His firm hasn’t seen a trend in family business owners struggling to find someone to pass their businesses on to, he says.

It varies among clients. Often there are cases of potential heirs choosing to pursue other interests.

W3 Wealth Management Group is a financial planning firm that focuses on retirement. Glinn says the firm helps business owners find attainable goals that give them a solid plan for worst-case scenarios.

“You’ve got to plan for the what ifs: what if you pass away; what if you become disabled or sick and can’t run the business anymore?” Glinn asks. “We don’t plan on that stuff happening – we plan to just exit the business.”

Tim Petrey, managing partner at HD Davis CPAs, agrees that succession is a common challenge for family business owners. HD Davis CPAs provides a “litany of outsourced services for small businesses,” he says, and his firm focuses on not just creating a plan for business owners but helping them to execute it.

Both Glinn and Petrey say that family dynamics are often a challenge for businesses. Balancing familial relationships with employee expectations can be difficult.

Petrey calls it a learning curve.

“You can’t just fire your siblings. They are who they are and there’s some of those challenges that you just have to continue to adapt and learn your way through,” Petrey says.

He also stresses the importance of planning. Forming a plan ensures a successful future, he says, no matter how the owner defines success. Whether the owner plans to sell the company within a few years or to pass it down, he continues, it’s important to nail down a path.

Dearing Compressor and Pump CEO Becky Wall began as vice president of the company after the untimely death of her father 35 years ago. She entered without a plan, she says, and was “thrown into leadership” along with her brother, Richard Dearing, who was named president and CEO. She was under the impression that her brother would continue to lead the company but he stepped down from his role in February, earning Wall an internal promotion.

“I didn’t think this was in the cards for me. But I’m thankful for the opportunity to lead,” Wall says.

Wall and her siblings make the third generation of leaders of the 76-year-old company started by their grandfather.

Wall’s son, already active in the company, makes the fourth.

The next generation is in line, she says, but the future after that is wide open. She hopes to continue building bridges between those generations.

Wall believes that being a family business is why the company has managed to hang on to its success.

“You have the opportunity to make decisions that are based on people and long-term plans, as opposed to public companies making decisions based on shareholders,” Wall says. “We value people in our plans.”

Wall says that maintaining love and respect outside of work despite challenges within the workplace is vital to handling family dynamics within a company. The bar is set high for work ethic, she says, and “sweat equity” is a requirement for all employees, family or not.

Pictured: Bill Strimbu with his sons, Spencer and Harrison Strimbu, who will take over the trucking company. 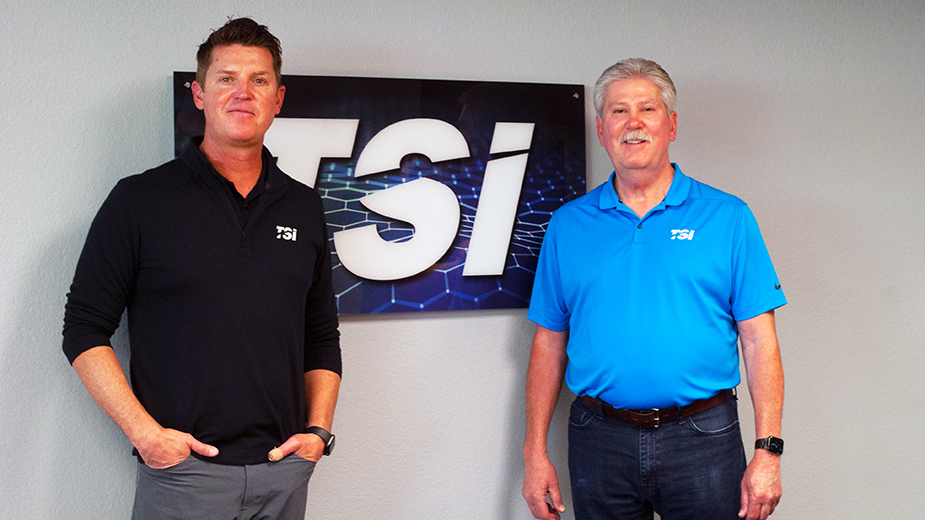 BOARDMAN, Ohio – The accelerated pace of change in technology caused a family business to pivot and adapt to its ever-developing industry to survive. The birth of the World Wide Web in 1990 and the cellphone becoming commonplace in the… 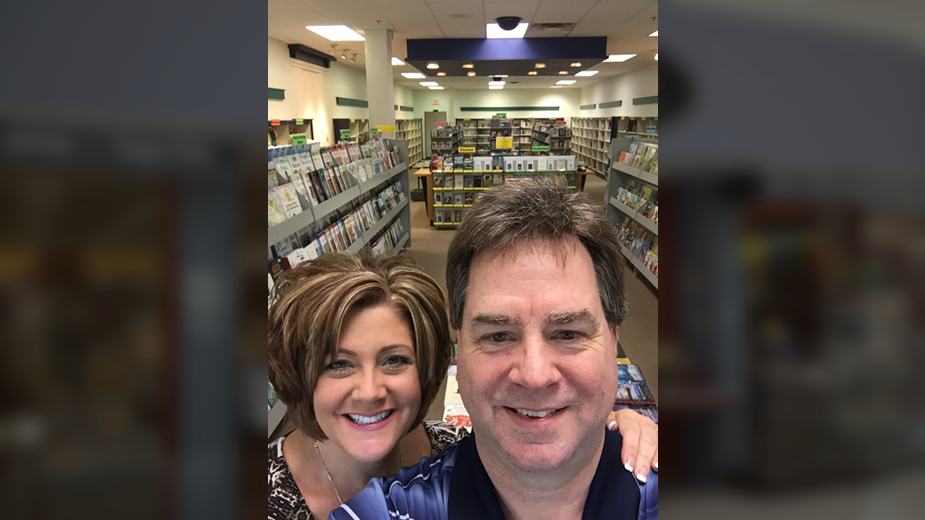 Hillards Build Their Business By the Books – and More

HERMITAGE, Pa. – Since 2012, Leana and Vince Hillard have built their business while learning valuable lessons. First, the co-owners of Leana’s Books and More, based in Hermitage, Pa., realized there was a need for a bookstore. They had been… 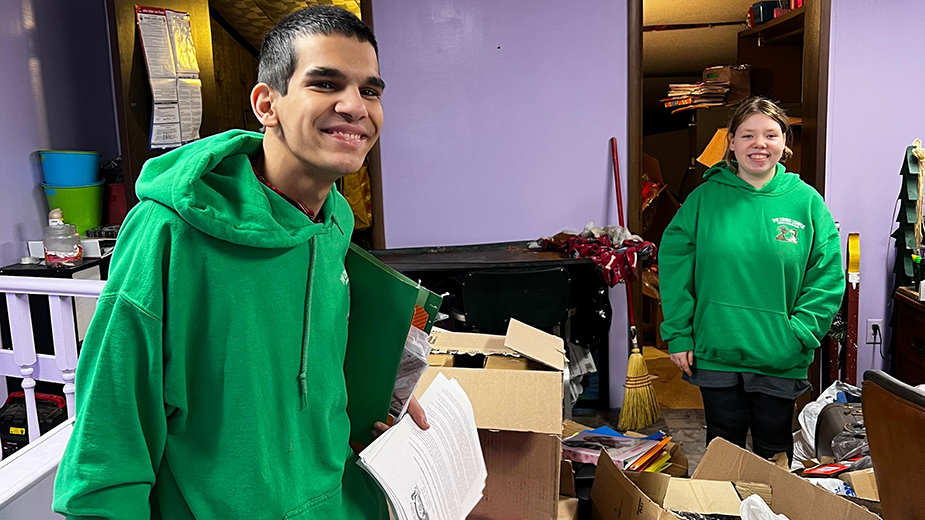 HUBBARD, Ohio – Since 2010, Katie Costello has evolved her business to move forward with the times. Braving a business transition and the pandemic, Costello is now joined by daughter Anastiya, a junior trainer at The Canine Campus and Bed…