YOUNGSTOWN, Ohio — Kenny Greco plays just about every instrument on his upcoming EP – including a few he invented in the recording studio.

He tried using Sugar in the Raw packets from the Girard eatery but the sound was “too clunky.”

Greco will release the seven-song EP, titled “Loose Ends,” on Jan. 14. He wrote six of the songs.

The owner of Southside Recycling in Youngstown, Greco doesn’t have much time to feed his passion for music. But the pandemic brought on a rush of creativity, and a few free moments to get it done.

It’s Greco’s third release, and he’s already begun work on another album he plans to release later in 2022.

But before any of that, he will present the event that he’s become known for: the annual Christmas show at the Petri Club, 3650 Shady Run Road, Youngstown.

Greco will take the stage at 8 p.m. and play three sets.

Admission is free. Representatives from the food bank will be on hand to accept donations.

Greco started the tradition 12 years ago and has played it every year since except, 2020, when it was canceled because of the pandemic.

The shows have close to $35,000 for the food bank. The donations are already pouring in for this year in advance of his show; so far, Greco has well over $3,000 in gifts promised to the Gleaners.

“When I get to the club, there will be people with checks for $500 waiting for me,” he said.

Greco pours his heart into the event, preparing for weeks in advance and then playing for several hours.

“It’s the most nerve-wracking but fulfilling day of the year for me,” he said. “If I’m remembered just for these shows, it would be the greatest honor I could get.”

The tradition started humbly as the club’s  Christmas party and charity fundraiser. Since then, it has grown into an anticipated event that attracts hundreds of people each year.

“It’s just a group of drinkers and sinners getting together to help others,” Greco said.

After the new EP is released, he plans to schedule another show, but hasn’t worked out the time and place.

The release, his third, was recorded at Ampreon Recorder in Youngstown with Ed Davis (The Vindys) on drums, Candace Campana, Pete Drivere and Samantha Blasko on backing vocals, and Chris Leonardi on Hammond organ.

Greco plays everything else – including sugar packets.

While he has no plans to quit his job and take to the road in a beat-up van to play the bar circuit, Greco keeps his music on the front burner. When the muse hits him, he goes with it.

“I just felt an urgency with the pandemic,” he said, explaining his latest burst of creativity. “There was nothing to do except take walks and watch Netflix.”

The guitarist decided to pass the time getting better on other instruments, especially the piano and bass guitar. Then the songs started pouring out of him.

“Sleepwalking” was one of the first.

“It’s about what everyone was going through,” he said. “Nothing but bad news and more debt. But you got to keep pushing through it.”

The EP opens with “Some Days,” a heart-on-your sleeve, Bon Jovi-esque acoustic rocker, and closes with a cover of Cyndi Lauper’s 1983 hit “Time After Time.”

It’s the only cover on the album and Greco makes it his own. His love for the song and the fact that it lends itself to his style made it attractive to him.

“That song always gets me,” he said. “You could sing it to anyone.” 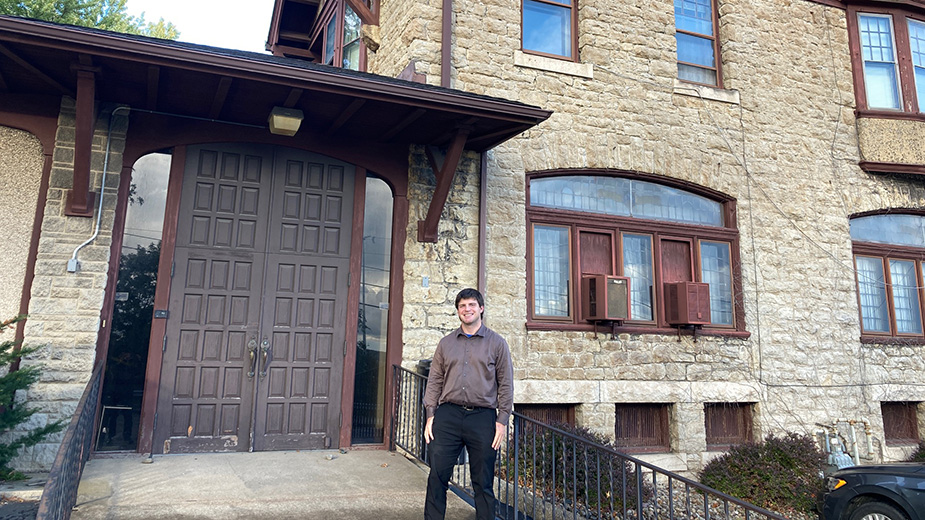