Siderewicz said the deal involved a 65-member conference call connecting attorneys and executives in the United States, France, the United Kingdom and China. “It’s an interesting process,” he reflected. “This closing incorporates more than 5,000 pages of documentation.”

The major lenders of the project include Bank of America, London-based Investec, Credit Agricole of Paris, and ICBC, based in China, Siderewicz said. This consortium will provide the $445 million term debt to fund construction.

“Siemens is proud that we were able to support this project by leveraging our financial services capabilities alongside our power generation solutions,” Kirk Edelman, CEO of Energy Finance, Siemens Financial Services, said in a statement. “Siemens funded the development loan as well as an equity investment in Lordstown, underscoring our commitment to the long-term success of this project.”

Excavation crews have already cleared trees at the 17-acre site along Henn Parkway, Siderewicz said. That’s because crews needed to evacuate the trees before April 1, since the area is a seasonal habitat for Indiana bats. “We had to get out there the last couple of days of March to clear the place out, about five or six acres.”

Once finished, the natural gas-fueled power plant will be able to generate 940 megawatts of electricity, enough to power about 800,000 homes. The plant will replace a portion of the more than 18 gigawatts of coal-fired generating capacity in the region that has been retired since 2012.

Construction jobs could number upwards of 450 total throughout the course of the 2-year-build project. Officials have said they want to complete work and have the plant in operation by mid-2018. Once operational, the plant would employ about 20.

Initially, principals wanted to get started on the project toward the end of last year. But Siderewicz says the late start would not delay the project since the primary contractor, Siemens Electric, has already started to perform engineering and equipment work offsite.

“They’ve invested about $22 million to do detailed engineering and were way out over their skis hoping that today would happen,” he said. “We look to be up and running by May 2018.”

Lordstown was selected in part because it sits in the heart of the Utica and Marcellus shale natural gas play, which ensures a long-term supply of low-cost natural gas to fuel operations.

Mayor Arno Hill says the village first learned of the project more than two years ago, noting it’s been one of the more complicated development projects the village has ever undertaken. “There were a lot of ‘i’s and a lot of ‘t’s to cross. Good things come to those who wait,” he said. “The trade unions are ecstatic.”

Among the major institutions that will benefit from the project is the Lordstown School District, Hill said. “This project saved our schools,” he remarked.

The school district is to receive another $500,000 once the project breaks ground. It will receive another $400,000 to go toward the demolition of the vacant middle school at the corner of Salt Springs and state Route 45.

Kokosing Construction of Fredricktown, Ohio, is the general contractor on the project under Siemens’ direction, and MJ Electric is the lead contractor on an electric switchyard that will also need to be built.

As for a second plant at the site, Siderewicz says the partners over the next six months or so will conduct an analysis that includes capacity, water resources and other variables before any decision is made. “It’s certainly technically feasible,” he said.

For now, Siderewicz said he’s concentrating on developing this project and expressed gratitude to all of the parties that made the project happen, including the Village of Lordstown, the Youngstown Warren Regional Chamber, the lenders and the building trades.

“There are a lot of anxious contractors that will be running out there with a lot of heavy equipment starting today,” Siderewicz said.

Pictured: Rendering of power plant to be built in Lordstown. 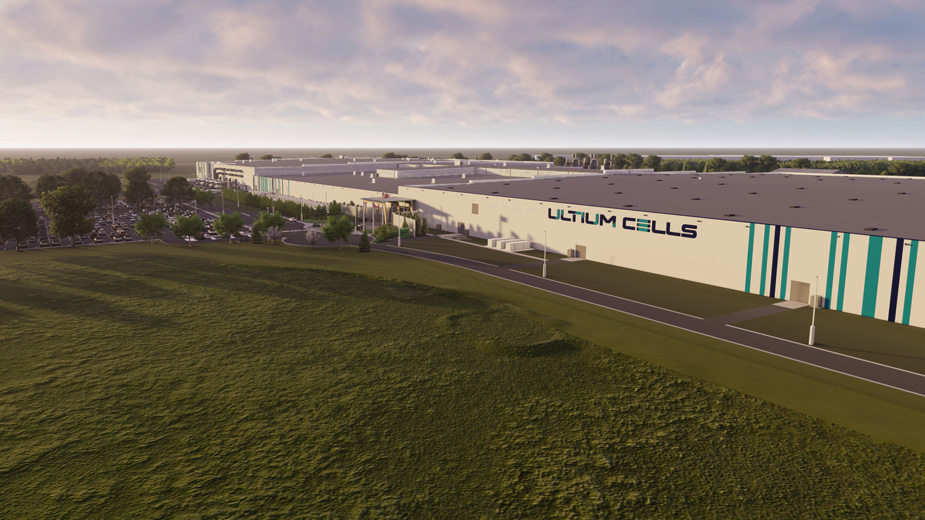