WRTA Rolls Forward To the Next 50 Years

YOUNGSTOWN, Ohio – Autonomous shuttles, rapid bus transit along major corridors, express services to other metropolitan areas, and more on-demand transportation options are among the plans of the Western Reserve Transit Authority as it rolls into its 51st year of operation.

“We have the core in place,” says the executive director of WRTA, Dean Harris. “Now, we’d like to increase the frequency of buses, expand connections to growth areas, provide more service in Trumbull County and increase service at night.”

WRTA celebrated 50 years of service at a commemorative event Oct. 15.

Next year, the transit will deploy autonomous vehicle service in Youngstown, the first stage of a two-phase project for the downtown area. “We should have the first one by the spring of 2022,” Harris says.

The autonomous system is designed to coincide with Youngstown’s SMART2 Corridor project, funded in part by a $10 million federal grant. SMART2 focuses on redevelopment of Fifth Avenue near Youngstown State University, and improving Federal, Front and Commerce streets.

The first phase of the WRTA portion of the project, funded in part by a $2.3 million grant from the Federal Transit Administration, includes an autonomous shuttle that would travel north and south along the restored section of Fifth Avenue, then east and west along Park Avenue to serve Mercy Health St. Elizabeth Youngstown hospital.

“As this technology improves, and we prove that it works, we might try to do a network downtown,” Harris says. A second autonomous shuttle is planned for late 2023 or early 2024 that would navigate a downtown loop.

The vehicles are smaller than the larger WRTA buses found on major routes; they seat 14. The shuttles are equipped with sophisticated technology that uses software to stop at locations programmed along the route, cameras, and Lidar – a system that emits laser signals to detect objects and forms a 3D image.

“They map these routes out so the computer knows the surroundings,” Harris says. “It sees everything around it. It knows where to stop, when to stop.”

The shuttle would be staffed by a WRTA technician to help riders, Harris says, but the service does not require roadside fiber infrastructure to operate. “It will be a constant, on-demand vehicle,” he says. “It will be more efficient and electric, of course.”

While the widespread adoption of autonomous vehicles may be a long way off, Harris says, electrification of buses and shuttles is not.“We’ll be getting a small electric bus sometime next year,” he says.

Meanwhile, WRTA plans to retrofit its bus garage to accommodate what is clearly a major overhaul of the industry. “We’ve applied for grants to add solar panels to serve charging stations” planned for the bus garage on Mahoning Avenue, he says.

This is in preparation for when the WRTA begins to replenish its fleet with new vehicles in 2025, some of which will be electric.

Meanwhile, work is underway toward the creation of a transit-oriented development, or TOD, plan for the Market Street corridor that spans Youngstown and Boardman, the most-traveled route in the system.

“It’s going to be used to determine areas that can have higher-end bus stops in areas that could accommodate housing and retail space,” Harris says.

It could also pave the way for a bus rapid transit, or BRT, route that allows for fewer stops at larger bus shelters in high-density residential and retail areas along Market. The service would extend from the downtown to Mercy Health Boardman Hospital at the corner of Market Street and McClurg Road. “It gets you to one destination faster and more often,” Harris says. “It could open up the potential to develop a transit center in that area to make better connections.”

The TOD study should be completed by September of 2022.

Expanding WRTA service to reach growing areas of the Mahoning Valley and beyond is a priority for the Youngstown/Warren Regional Chamber, says Sarah Boyarko, chief operating officer. “Transportation is always important to the business community – ensuring that employees have the avenues to get to work,” she says.

Boyarko says companies that inquire about locating an operation in the region almost always ask about access to public transportation. Indeed, one reason TJX HomeGoods opted to build its massive distribution center in Lordstown was the understanding that the WRTA would extend bus service to its site along Bailey Road.

The chamber and WRTA have partnered on a survey to assess the needs of business and residents across Mahoning and Trumbull counties. The survey will help to determine the best opportunities for expanding WRTA routes to include fixed service in Trumbull County.

“It’s a matter of need and a matter of funding,” Boyarko says. WRTA stands a better chance of attracting state and federal dollars if it’s armed with data to support the need for the service.

The survey is scheduled to close Oct. 22 and the chamber will present the raw data to the WRTA to analyze, Boyarko says. “They can determine from there what the next steps are.”

The transit authority is hoping to extend its reach into Akron. The plan is to launch express service from downtown Youngstown to Akron, where patrons could connect with the Akron transit service to the Veterans Administration hospital in Cleveland.

“You could also use the service to go directly to Akron,” Harris says.

“We like to look at the overall picture and the Mahoning Valley as a whole,” she says. As it stands, the WRTA serves Mahoning County and operates the Warren Express route into Trumbull County. Funding that supported four other routes in Trumbull County expired this year and that service has been temporarily halted. WRTA, however, secured additional funding for one year to continue those routes and another one extending to the Ultium Cells plant in Lordstown beginning in December.

“We would love to see countywide transit in Trumbull County,” Reyes-Chapman says.  “We hear the cry from people who need it.”

Reyes-Chapman says public transportation is not relegated to those who cannot afford a car or who are low-income.  Seniors and those who want to save wear and tear on their vehicle, or save money on fuel, also see value in the service.

She says establishing a uniform regional transit service would lead to additional federal and state grants that could help leverage other projects and investments. This is especially significant today because of the technological advances that are applied to logistics and transportation.

“I’ve been with Eastgate for more than 30 years and I remember the days when they were scheduling trips by hand,” she says as she laughs. “We’re planning for the future and future generations with innovation and technology that is available right now. So why not develop a truly regional transportation concept for everyone?”

Pictured: The familiar WRTA buses traveling along Fifth Avenue will be augmented early next year by an autonomous shuttle system connecting YSU and downtown. 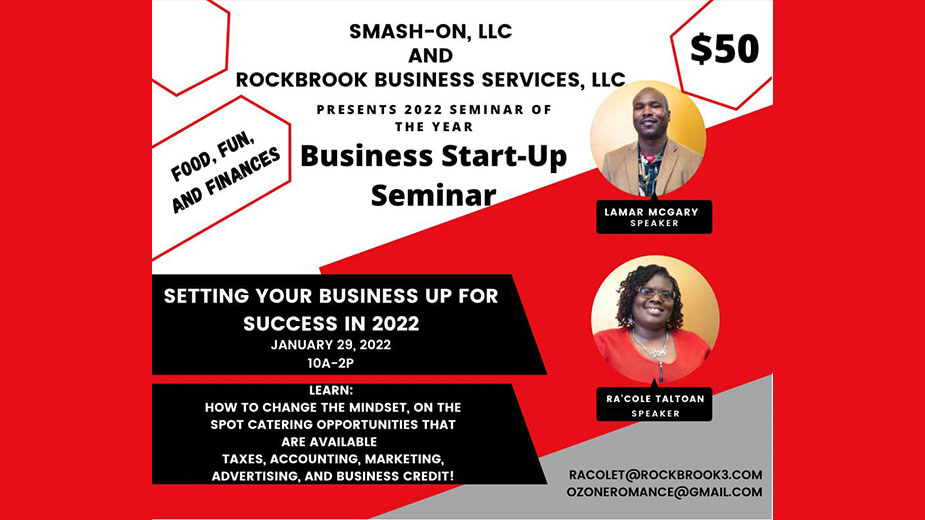 YOUNGSTOWN, Ohio – Smash-On LLC and Rockbrook Business Services LLC will present a business-start-up seminar Jan. 29. at 3019 Belmont Ave. The seminar, which will feature “food, fun and finances,” will focus on preparing businesses for success in 2022, according… 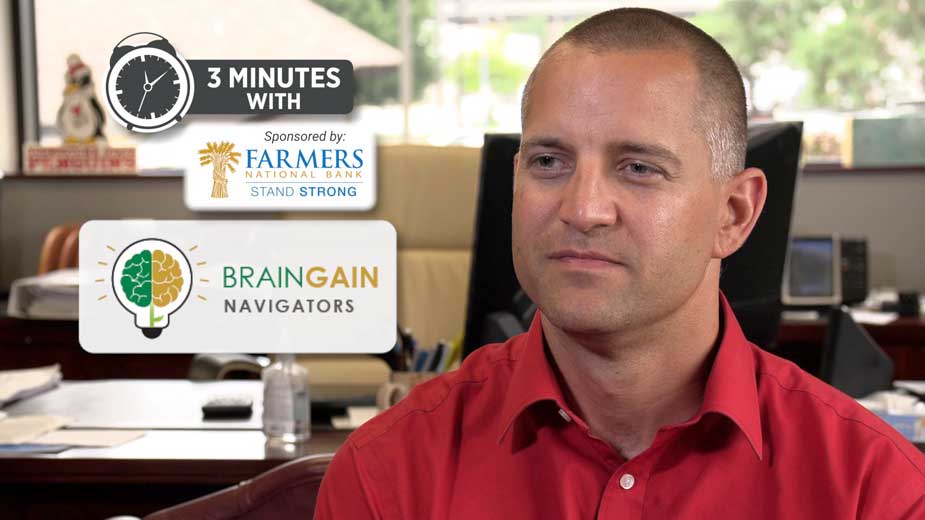 Ruggles Builds a Bridge to an Engineering Career

YOUNGSTOWN, Ohio– As a senior structural engineer with MS Consultants, William Ruggles is responsible for designing projects like retaining walls and large concrete tanks at wastewater treatment plants. He also designs bridges the community traverses on a daily basis. “One… 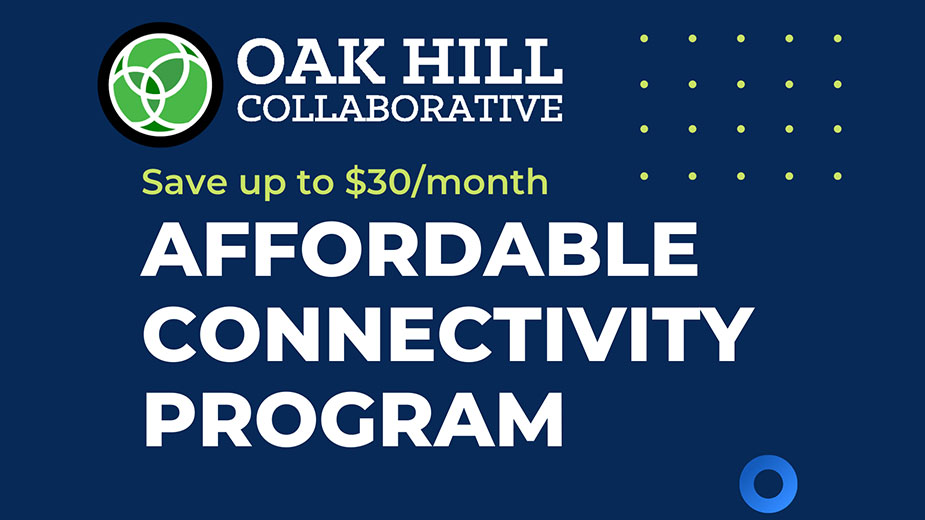 YOUNGSTOWN, Ohio — Households that qualify for a broadband connectivity program through the Oak Hill Collaborative could save up to $30 on their monthly internet bill. The Affordable Connectivity Program is funded through the federal American Connectivity Fund and is…