COLUMBUS, Ohio – In a statement released early Tuesday afternoon, Ohio Attorney General Dave Yost “unequivocally stated” that General Motors should repay all of its $60 million received from the state for its former Lordstown Assembly plant.

In January 2009, the automaker began receiving tax credits from the state, , promising to maintain operations at the plant through 2028 and retain 3,700 jobs through 2040.

GM announced in November 2018 that it was placing the Lordstown Assembly on “unallocated” status. The final Chevrolet Cruze came off the assembly line in March 2019.

As The Business Journal and ProPublica first reported June 15, the state Development Services Agency, which oversees economic incentive programs, notified GM in March that it would recommend that the state’s tax authority terminate the company’s tax agreements and collect a full refund.

Spokesman Todd Walker said the authority would consider the matter at an upcoming meeting, though he declined to specify a date.

Yost said in a brief submitted to the Ohio Tax Credit Authority, should GM refuse to honor a demand by the tax authority, he is prepared to enforce the matter in court.

“Accountability is the key to good business and we’re holding GM accountable for not living up to its end of the contract,” Yost said in a statement. “We demand the money that is rightfully owed to Ohio. No more, no less.”

In his brief, Yost argues if GM is not held to its promise, the state “will have no legitimate basis to claw back any other incentive, ever,” he states.

“Ohio may as well simply give the money away.”

Yost noted that General Motors reported a $6.732 billion profit last year over $137 billion in gross revenue. When GM made its 2018 announcement that it would close the plant, it said the closure would save the company $6 billion.

“It is important to note that repaying the tax credits will be at a cost to GM of one percent of its 2019 savings from closing the facility,” Yost noted. “This small charge is [minimal] to GM and could never be construed as punitive.”

During a visit June 24 to Lordstown Motors – which now calls GM’s former plant home, Gov. Mike DeWine said the state is “not actively pursuing” repayment from GM, saying instead that the state and automaker are discussing how those funds can be used to create other jobs in the state.

“What we’re doing is having constructive conversations with General Motors about how we can turn that into things that are helpful to them and, importantly for us, to the state of Ohio. Our focus every day has to be on jobs,” DeWine said.

In a letter sent in April to the Development Services Agency, General Motors asked the state to consider the downturn in the small-car market and the company’s other investments in Ohio.

Provisions in GM’s tax agreements allow for state regulators to consider market conditions and whether the company continues to maintain “other operations in the state” before issuing a final determination.

“Cash preservation is critically important to General Motors to support a vigorous emergence from the economic and global health crisis,” stated Troy D. Kennedy, the automaker’s U.S. property tax manager. “We respectfully request your assistance to help us drive towards a full recovery by choosing not to require repayment of all, or a significant portion of, the tax credits,” he stated.

“We are respectfully asking the state to consider our belief that a repayment of the tax credits would be inconsistent with our significant manufacturing presence in Ohio and the Mahoning Valley,” the letter continued.

A 2019 study by the Center for Economic Development at Cleveland State University estimated that GM’s closure of the Lordstown facility ultimately caused the loss of nearly 8,000 jobs and more than $8 billion in economic activity in the regional economy, Yost noted.

GM’s closure had even more significant, lasting impacts. The local school district relied on the Lordstown facility for about $800,000 in property taxes per year — reflecting 10% of its overall budget, he added. 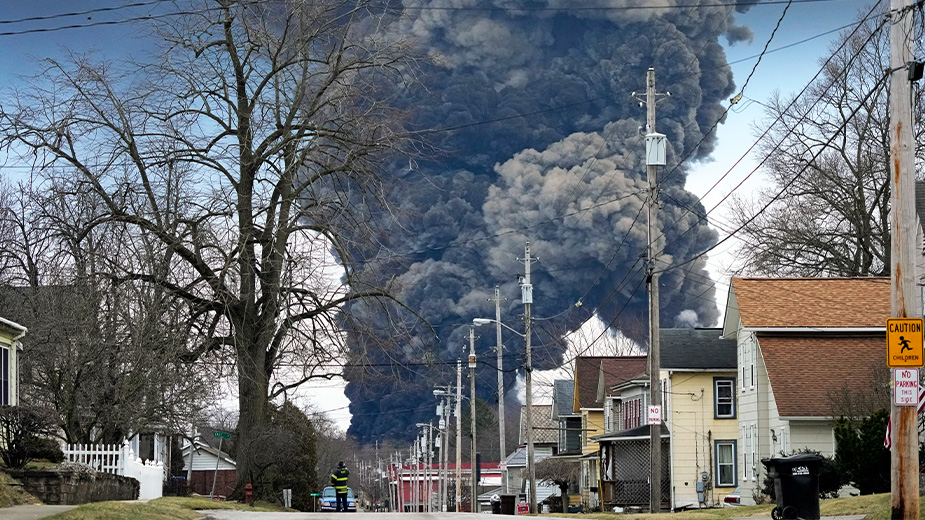 EAST PALESTINE, Ohio – Monitoring of air and water quality continued Tuesday morning with both aircraft and Ohio EPA officials on the ground checking after Monday’s controlled fire at the site of Friday’s train derailment. Following Monday’s controlled release to… 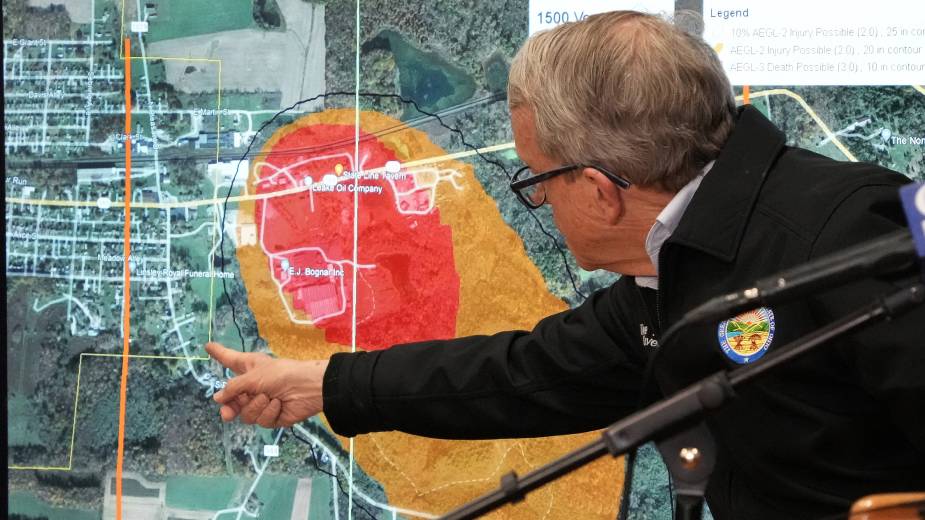