YSU Athlete Gets Into the Counseling Game

His decision to permanently move to the city the following year to become a chemical dependency counselor was an even better fit.

Goodbee grew up in a dangerous neighborhood in Towson, Md., with a gang-affiliated older brother who is now dead.

Goodbee has experienced things adolescents dealing with chemical dependency can empathize with. He’s had eight clients so far in his young career as a counselor.

“Once a kid realizes that you come from the same [type of] area and that you can even identify the same kind of characteristics, they’re much easier [to counsel],” he says.

Goodbee is a counselor for FocusCare, the adolescent division of CRN Healthcare Inc., which has offices on Fifth Avenue in Youngstown.

FocusCare serves clients as young as 9. CRN is licensed and accredited by the Ohio Department of Mental Health and Addiction Services to serve adolescents as well as adults, but focuses more on those age 18 and older.

FocusCare opened in April. It is one of 10 CRN offices around Ohio to serve clients suffering from drug and alcohol abuse, mental health issues such as depression, bipolar and post traumatic stress disorder, behavioral issues and sexual trauma.

Kofee Mostella, senior vice president of CRN Healthcare Inc., says clients are referred by schools and probation officers, but word of mouth is the biggest source of referrals.

“The thing about CRN, and especially with FocusCare, is we are flexible to the client’s needs,” she says.

“We realize that there’s a need for a focus on the adolescent population, especially here in Youngstown,” Mostella says.

The COVID-19 pandemic hit in March 2020 as Goodbee was looking to take his football talents to a professional level. He met Malik Mostella, who coaches track and field at Ursuline High School and mentors football players at other prep institutions.

As Goodbee remembers the conversation, “He’s like, ‘I’m not here for money. I’m just here to make sure that you can be a better man, be a better you and I’m here to help you in that journey.’”

The encounter became a life-altering event as Goodbee and five other displaced YSU players eventually stayed with the Mostellas during the pandemic.

Goodbee viewed the work that Malik’s wife, Kofee, was doing from home with mental health and addiction services, and became intrigued.

Goodbee had a psychology concentration and a business background when he graduated from YSU in May 2020. He proposed to the couple an idea for a business that would use his skills and passion for working with young people. So it was that Goodbee landed at FocusCare, which Kofee Mostella founded.

“I’m not that good at typing papers or common communication,” Goodbee says. “But I’m great when it comes to talking to somebody face to face. I always say I can sell water to a well.”

Goodbee played football at Saint Augustine’s [CQ] University in Raleigh, N.C., for two years, 2016 to 2018. The private, historically Black Christian college was founded in 1867 to educate freed slaves. Guiding a tour through the school eventually led him to become a chemical dependency counselor.

Two young men from rival gangs visited the campus and were arguing with one another, he explains. Goodbee, then a sophomore, intervened and told the men it doesn’t matter where they are from, but how they conduct themselves outside their hometowns. He convinced them to be amicable after saying he was from a neighborhood in Baltimore known for its violence and high murder rate.

One of the two gang members later connected with Goodbee through social media and related how he and his mother used to have verbal and physical altercations. Things changed for the young man as he went from struggling with his schoolwork to finally receiving his first C grade on an assignment.

“At that time, I connected to the kids,” says the 24-year-old Goodbee. “In my vision and reality, I didn’t think that it would go any further than that.”

He left to pursue a degree in teaching at Towson University near Baltimore, but became disillusioned during his first education course when he was told that he cannot help everyone and that he had to fail some children.

“That’s probably the worst thing I’ve ever heard of in my life,” Goodbee says. “And if this is what teaching is, I thought, I don’t want to teach.”

He transferred to YSU and played football under former Penguins coach Bo Pelini. It was his last year of football eligibility and he had to find a major to keep him on track for graduation.

He was told to pursue a psychology degree to graduate on time.

“How did I take three years of business [studies] and a year of math and add up to psychology?” Goodbee says. “I still do not know how that possibly could’ve happened.” 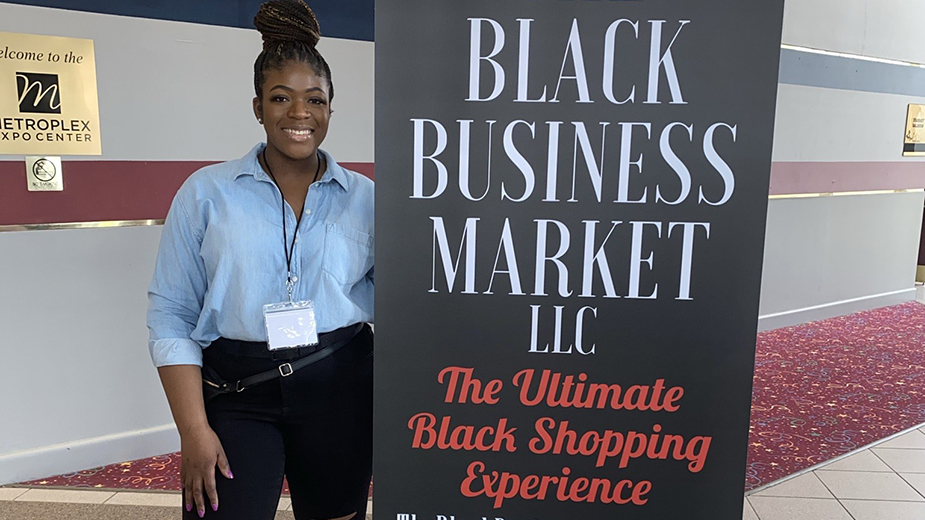