YOUNGSTOWN, Ohio – YSUscape has completed phase one of its project to install crosswalk buckets and flags at intersections to improve pedestrian safety around downown.

“In a busy downtown, where you have downtown workers [and] high school and college students walking. Sometimes cars come around corners a little too fast. So the crosswalk flags are going to be great for the pedestrian safety as well as adding a bit of aesthetic curiosity,” said Julius Oliver, first ward city councilmane

As reported by the Eastgate Regional Council of Governments, from 2007 through 2016, there were  221 vehicle crashes (15 of which were fatal) involving pedestrians in Youngstown, with the highest concentration of accidents being centered around downtown and YSU’s campus.

According to the Governors Highway Safety Association, pedestrians account for 15% of traffic deaths in the U.S., with over 6,000 pedestrians being victim to vehicle collisions in 2015. These statistics show an increase in pedestrian fatalities from previous years.

YSUscape wanted to find a way to combat the problem by looking at how other cities, such as Salt Lake City and Cincinnati, dealt with pedestrian safety.

The organization has attached crosswalk buckets to poles or signs at each side of an intersection, with each bucket containing a few bright-orange flags. Pedestrians can carry these flags with them to show their intent to cross the road and to increase their visibility to motorists while crossing. 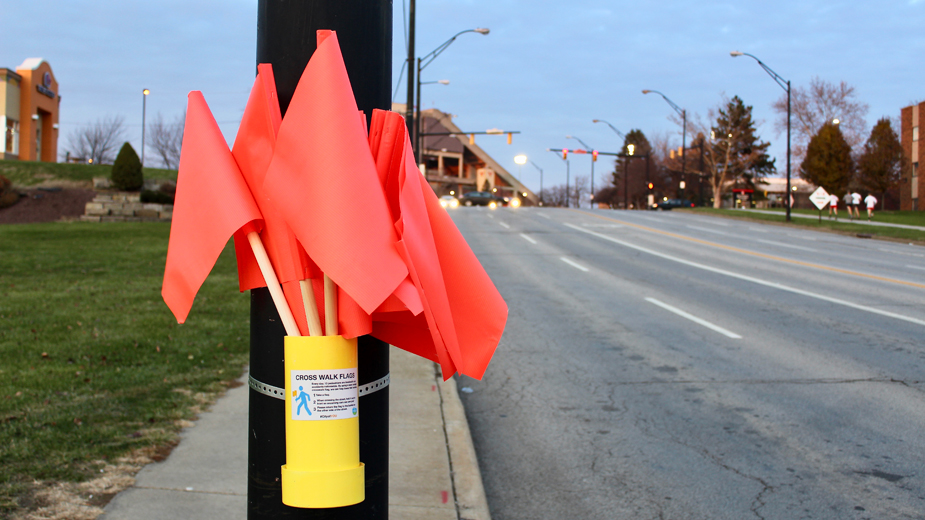 “The goal of this project was to ensure that pedestrians feel safer as they walk across the street,” said Lukas Darling, YSUscape secretary and a downtown resident. “By doing small projects like this, we can help to increase pedestrian safety and the quality of life in Youngstown.”

The project was completed with the support of Oliver and the YSU Student Government Association.

Phase two of this project will be completed in the coming weeks by installing additional buckets and flags on other crosswalks downtown.

List of intersections where buckets and flags have been placed:

BOARDMAN, Ohio – They came to the news conference, sat quietly, not seeking to make their presence known. When it was over – and most reporters were gone – they paid their respects by thanking Boardman police for identifying the…