YOUNGSTOWN, Ohio – Penn State and Kent State universities take pride in their sports programs, and their branch campuses in the Shenango and Mahoning valleys would like to do the same.

Just a few years ago, neither campus had any sports teams. Now, both of them do and are planning to add more.

Kent State Trumbull currently has cross country and bowling and will add track and field this spring, while Penn State Shenango has men’s and women’s basketball and women’s volleyball.

Eastern Gateway Community College discontinued its only sport, a baseball program, in 2020, while Kent State Salem does not have any athletic programs.

A few years ago the Penn State Shenango Alumni Society donated $20,000 to launch a women’s basketball program, which began this season.

Earlier this year, the Sharon, Pa., campus partnered with the Community Foundation of Western Pennsylvania and Eastern Ohio, raising $12, 778 to start a coed golf team that will begin in the fall of 2022. Tom Roskos, executive director at Buhl Farm Park, will coach the team.

“Thankfully, we have benefitted from outside community support for the startup costs of a lot of our programs,” says Penn State Shenango Athletic Director Amanda Howett. The school offers men’s and women’s basketball, along with women’s volleyball.

Kent State Trumbull began a cross country program in 2017, the first time the Warren campus has offered sports since 1992. The former gymnasium on campus now houses a nursing laboratory.

The campus has a bowling team and will add a track and field team this spring, with nearby Champion Lanes and Champion High School hosting these teams.

The costs include coaches, jerseys, travel, entry fees, equipment, facilities rental and promotions. An athletics website, athletic training and orthopedics, along with memberships to a national bowling association, Ohio bowling league and the United States Collegiate Athletic Association are included in the $65,000 estimate.

“It’s not a major expense,” Burgess says of the current athletic expenses. “Where we want to get to we’ll probably spend more money. We’ve put in for an athletic budget.”

According to the 2019-20 Equity in Athletics Disclosure Act, at Penn State Shenango $131,863 was spent on men’s basketball and women’s volleyball, which have a total of 26 student-athletes.

“We cover all the standard costs and needs for teams,” Howett says.

“We were able to split the funds between the two teams, which was great,” Howett says. “Next summer, we’re hoping to host some camps and clinics. That would be a fundraiser.”

There are more than a dozen sponsors inside The Buhl Club, a half mile from the Penn State Shenango campus, where the men’s and women’s basketball teams and volleyball teams play. According to the athletics website, donated monies to the department aid in upgrades to equipment and facilities, purchasing of new uniforms, team travel and more.

“There’s a lot of different opportunities that local businesses have taken advantage of,” Howett says.

Whether the student-athletes are nearby or a good distance away from campus, there’s one goal for Reid, who previously coached girls basketball at Sharon and Valley Christian high schools.

“It’s all about team chemistry, building a program that will be successful over the next few years,” she says.

Kent State Trumbull bowling coach Dale Johnson says his team had 11 players before the COVID-19 outbreak, but the team will have seven come January as it will add a bowler from Hubbard.

Johnson is hoping this team expands in the next couple of years.

“I’d like to build a program where I can have separate boys and girls teams, and possibly hire an assistant,” he says.

“Parents nowadays spend a lot of money to watch their kids play sports,” Burgess says. “They spend a lot on training and it stinks for kids to have to give that up at 18.

“So that’s one of the reasons we started what we’re doing now.”

Penn State Shenango student-athletes have free access to The Buhl Club, to use the weight equipment and other amenities, through a partnership between the two entities.

The college’s basketball teams play their home games there, and there are separate men’s and women’s locker rooms specifically designed for Penn State Shenango.

Neither school has school-sponsored housing on their campus, but both are in contact with nearby landlords to house some of their student-athletes.

Penn State Shenango has student athletes from Michigan, New York, Georgia and Florida, while Kent State Trumbull has had interest from bowlers from Michigan.

“There are apartments built, and with some renovations, it’s something to think about,” Burgess says. “They wouldn’t have to be on campus but maybe nearby.”

Howlett says there are no plans to build university-managed housing at Shenango. “But thankfully, with the area we live in, we have a lot of great relationships with some housing companies and local landlords,” she says.

There’s a full-time athletic trainer at The Buhl Club. A stationary bicycle, weight racks, slant board, hydrocollator and ice machine are going to be coming to the trainer’s room on campus, along with more equipment.

Howett says if their teams are traveling within an hour and a half of campus, the athletic department will rent a van.

When the men’s and women’s basketball teams are going to compete against the same opponent, they will  take a bus. Transportation costs include gas, hotel and meals.

“Travel costs with bus companies have gone up a little bit, so that has fluctuated,” Howett says. “In terms of trips and travel and how far we are traveling, that can fluctuate as well.”

Kent State Trumbull’s coed bowling team practices at nearby Champion Lanes, and competes in the Ohio Bowling Conference with other state-based teams.

When the team eventually travels, Johnson estimates it’ll cost around $1,300 to stay overnight. Currently, the school has a van that seats eight.

“I believe that if I can build this program to what I want it to be and I have a rolling five or six kids coming in every year, I don’t think that’ll be a problem with going to two or three overnights,” he says.

Pictured: Cimone Reid and Amanda Howett hold up the jerseys worn by the women’s basketball team. They’re standing in the women’s locker room inside The Buhl Club, where the Penn State Shenango sports teams play their games. 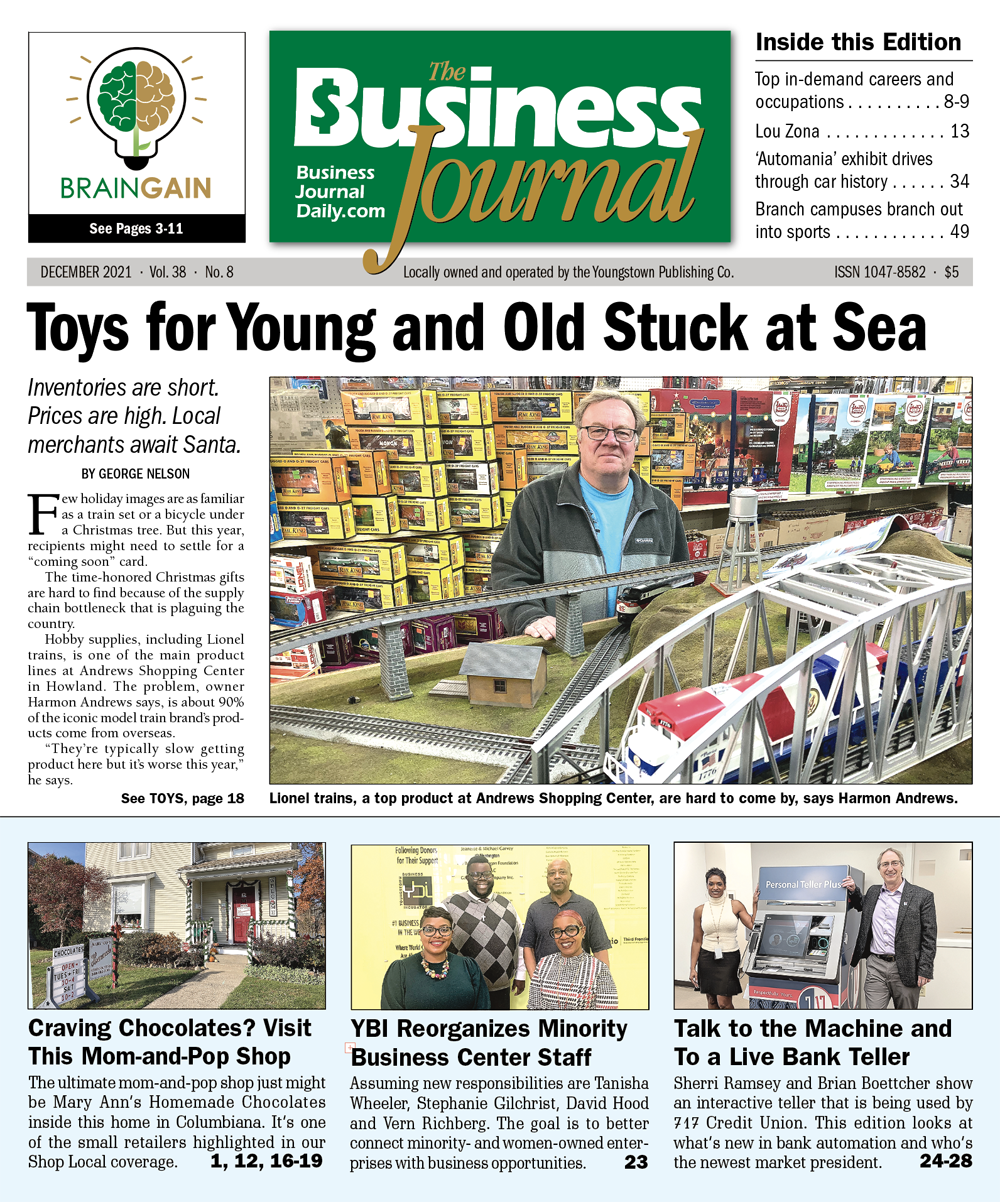