CANFIELD, Ohio — Fairgoers to Canfield Fair 2018 can expect to enjoy many of the traditions from the fair’s 172 years, as well as some new attractions — including a full-scale roller coaster.

The Italian-made roller coaster is one of about 10 new rides being added to the fair through its partnership with Reithoffer Shows of Gibsonton, Florida. Members of the fair’s board of directors announced the new rides and sponsorships Tuesday morning at a press event at the Canfield Fairgrounds previewing this year’s fair.

“Our new rides are Cedar Point quality rides,” said Dave Dickey, president of the Canfield Fair board. “They are larger rides with more capacity … which means less waiting time.”

Rides provided by Reithoffer Shows include the Tornado, a German-built ride that can “spin in five different directions” said the company’s director of business development, Dave Grimm. 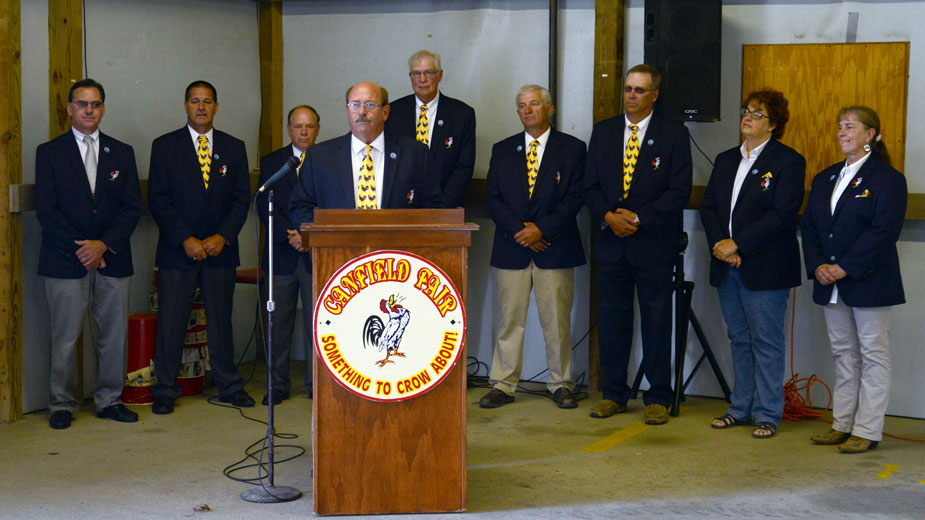 “I don’t think the people of Northeast Ohio have ever seen this caliber of rides come to a fair,” Grimm said. “Most of the rides are built in Europe. There about ten rides that have never been here before.”

For the first time in Canfield Fair history, Sweeney Chevrolet Buick GMC is sponsoring the event. The area car dealer has spent $60,000 to help keep one of the area’s oldest institutions going.

“As a family-owned business for 97 years … we are extremely proud to be a part of this,” said Bobby Stackhouse, Sweeney’s general sales manager and partner. “We look forward to being a part in the future.”

Opening Wednesday, August 29 through Labor Day September 3, the Canfield Fair is 35 days away. Considered to be the largest single event in northeastern Ohio, the fair has entertained generations since 1846, drawing an average 350,000 people annually in recent years. 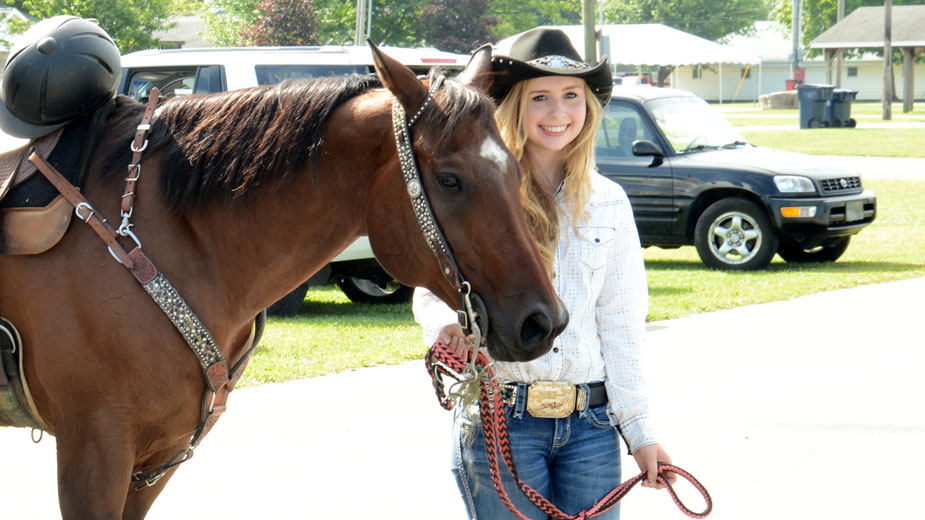 Parking for the fair is free, as are the shuttle rides to the gates. Children get in free on Youth Day, which is Thursday, Aug. 30 and is sponsored by Akron Children’s Hospital Mahoning Valley.

On Senior Days, admission for seniors is discounted to $4 on Wednesday, Aug. 29 and $6 on Friday, Aug. 31. Senior Days are sponsored by Continuing Healthcare Solutions.

“We have comfort stations so seniors can sit down and have a cool drink with some fan mist,” Dickey said. “We did not have a Faith and Family Day last year for lack of a performing artist. We are bringing it back this year with Matthew West, Hawk Nelson and I Am They performing Sunday … we may even have a church service in the grandstands.”

“We’ve been doing harness racing for 168 years,” said Elwood Woolman, director of racing. “We have added draft horse racing and junior fair races which involves ponies, quarter-horses and saddle horses. We have returned to mule racing, however it will be under saddle.” 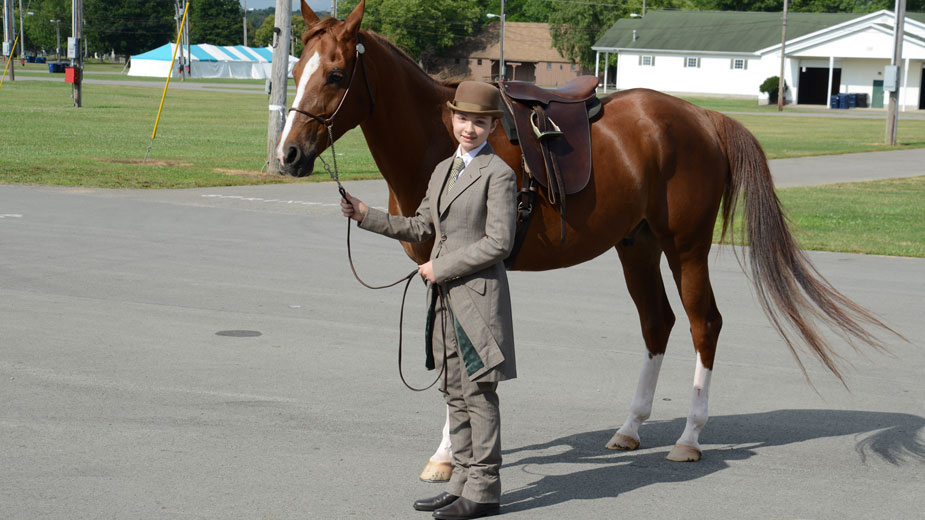 Woolman said that the fair had mule racing from the 1940s through the 1960s. “They were pulling carts back in those days though.”

The cost of putting the event together is $3 million, while the fair generates roughly $3.5 million depending on attendance and other factors according to Dickey.

Plans are in the works to build a 45,000 square-foot coliseum and exposition center. The Canfield Fair Foundation and the Board of Directors are launching a five-year capital campaign to raise funds. The Foundation is seeking support from the community in this endeavor and is accepting donations.

“This year’s theme is ‘You Are the Canfield Fair,’” Dickey said. “Regardless of what you like – horses, tractor pulls, rides – you make the Canfield Fair. We appreciate all the volunteers and the endless hours they work to get this thing done.”