Going Back To School. But How?

YOUNGSTOWN, Ohio — With the start of the school year just a few weeks away, only now are plans beginning to take shape for many of the school districts. One thing is clear: Back to school will be anything but back to normal.

Guidelines published by the Centers for Disease Control and Prevention, the American Association of Pediatrics and state departments of health and education have been required reading. Over the last few months, districts have sought the advice of local health departments and other health professionals, as well as education service centers, to better understand the documents and how to apply the guidelines to their plans.

Some schools have released draft plans and will review them with teachers, staff and parents before publishing the final versions, some of which may not come until later this month.

Whatever the final plans look like, they should be flexible to allow for a quick change to online learning should the coronavirus pandemic take a turn for the worse, says the health commissioner for Columbiana County, Wesley Vins.

“The COVID-19 virus is community spread. We need to acknowledge that,” Vins says. “We need to understand that there is a risk for all of us to contract the virus in school or out of school.”

Economic barriers that prevent the purchase of another bus or to alter routes, for example, can affect the more rural schools with populations that are more spread out. Modern school buildings with air-conditioning units will benefit from air filtration compared to buildings without. Principals of older buildings with dead-end hallways will need to think more about patterns of foot traffic than newer schools with hallways that loop.

“Density of school is important,” he says. “Some of our biggest barriers are related to transportation and physical obstacles in school.”

Some, like Columbiana Exempted Village School District, are planning to open for 100% capacity, but still offering parents the option to keep their children home for online learning.

Few plans are set in concrete, however, and are subject to change per any new orders from Gov. Mike DeWine or state and local health departments. For the most part, administrators looking to reopen seem confident they can do so safely while abiding by local, state and federal guidelines.

Currently, Columbiana County is in the lowest risk level of the state’s Public Health Advisory System. Data from the county’s health department show that “a vast majority” of COVID-positive cases in the county come from congregate settings, such as the FCI Elkton prison, says Don Mook, superintendent of Columbiana Exempted Village School District.

“As of today, there were two cases of school-aged kids in the county. That’s extremely low and that sets us up for a good start,” he says.

That’s not to say plans won’t change should things worsen, Mook adds. While Mook wants to avoid switching back to all online – “We had some kids who didn’t do work when that happened,” he notes – should Columbiana County reach the red or purple levels, where the risk of exposure is at its highest, administrators are “looking at remote learning.

“We may have to stop on a dime in a building where there might be a hot spot and have a pause when they have to go remote,” he says.

Getting students back in school requires mitigation efforts. For Columbiana, it all begins with hygiene, Mook says. The district bought two hand-washing stations for its high school and middle school and is acquiring funding to get one for the elementary school, he says. Students will be expected to wash their hands upon entering the schools, before and after lunch, and as they leave, he says.

Hand sanitizer stations are installed throughout the building and Columbiana is acquiring thermoscanning equipment for each building to monitor students’ temperatures as they walk in.

“We won’t introduce them to a classroom when they appear to have a higher than reasonable temperature when entering the building,” Mook says.

Facemasks are the hot button issue. And faculty are incorporating them in reopening plans.

In their draft plans, Poland and Canfield schools are requiring all staff to wear masks and requiring students to wear them in specific situations, such as riding the buses or walking the hallways in school buildings.

All students are expected to wear a mask in the classroom except when exempted by the teacher. The exception is Canfield High School students, who are required to wear them while in the building – no exemptions.

According to Canfield’s draft posted on its website, Canfield.access-k12.org, a final version will be released this month following feedback from teachers, parents and the community. A group of nine local physicians who have children enrolled in the district worked with administrators to better understand the coronavirus based on the best available science, say Drs. Mike Scolieri and Ray Bernat, two members of the group.

The goal is to analyze the science for the district, not present their opinions, Scolieri says.

To that end, the group advised the district to open the school to full capacity, saying that keeping students out of school via online learning would pose greater harm to their emotional and mental development, Scolieri says.

“Overall, from our perspectives, the greater good is for kids to be in school,” Scolieri says. “You mitigate the best you can. But you don’t prevent students from getting into the school.”

The physicians advised the district to adhere to state guidelines and those presented by the American Academy of Pediatrics, which “strongly advocates that all policy considerations for the coming school year should start with a goal of having students physically present in school,” according to its COVID-19 Planning Considerations: Guidance for School Re-entry.

All possibilities for school were considered, including fully online and a blended model, Scolieri says.

A blended model was the initial plan in an effort to limit exposure, he says. But, he and Bernat argue, current available data show “overwhelmingly that otherwise healthy children rarely get severe symptoms, rarely spread to others [child or adult], and rarely die from COVID-19.”

“I feel like the public is getting bombarded with information. And a lot of it’s false or sensationalized,” Scolieri says.

At press time, numbers show that about 30 children in the United States have died because of COVID-19, compared to 180 children last year who died from the common flu, Bernat says. During the H1N1 pandemic in 2009, 288 juveniles died from the virus, “and we had none of this hysteria,” Scolieri says.

“I think there’s just a lot of hysteria with the virus and how that virus affects the kids and adults,” Bernat adds. “We’re just trying to get them to understand the numbers” and base their decision on factual information.

Regarding facemasks, while the group encourages the district to abide by state guidelines, it contends situations where it’s not possible or appropriate to wear a face covering should not discourage in-school attendance.

In its report “Nonpharmaceutical Measures for Pandemic Influenza in Nonhealthcare Settings” published in May, the CDC analyzed studies that report on the effectiveness of facemasks in reducing laboratory-confirmed influenza virus infections in the community from literature published between 1946 to July 2018.

“In pooled analysis, we found no significant reduction in influenza transmission with the use of face masks,” the CDC writes.

“You try to enforce the rule as best you can,” Bernat says. “We’re recommending that everything is followed. We’re just trying to help them to understand the science so they can make the best decisions they can.”

For instance, with social distancing, the Canfield district is requiring at least three feet between students. “But if they have to be 2.5 feet so you can get everyone back in school, then you do that,” Scolieri says. “Some of the parents will elect to do everything completely online. So they will reduce the number of kids in school anyway.

“I have school-aged children and I am highly motivated to keep them safe,” Scolieri added. “If there were any credible data that supported the assertion that going back to school would be dangerous to students or teachers, I would not recommend schools reopening.”

Other mitigation efforts, such as Plexiglas dividers and sneeze guards, are also being considered and installed as needed, notes Columbiana’s Mook. The challenge, he says, is the cost.

Funding for the district was cut by $213,000 from May to June, and by another $300,000 in July, Mook says. And while the Ohio Controlling Board approved $300 million in federal funding to help schools, “It’s not like we’re going to get a slush fund from the state,” Mook says.

“We’re trying to do it on a budget,” Mook says. “Any money we get from the Cares Act will be appreciated, believe me. But right now, I have positions I’m holding on hiring at the moment to see what our numbers are.”

Anything Columbiana County receives from the $300 million won’t be enough “to address all of the needs” for the districts, agrees the ESC’s superintendent, Anna Marie Vaughn.

“Even trying to get PPE at this point is getting more and more difficult,” she says. “It will certainly help. But I don’t think it will be enough.” 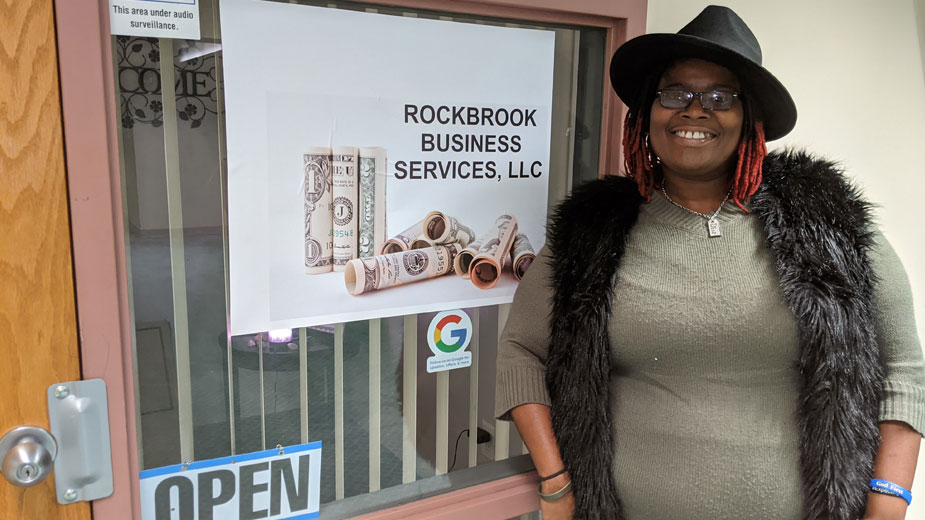 YOUNGSTOWN, Ohio — Oct. 29 was a good day for Ra’Cole Taltoan. A client called to let her know that […] 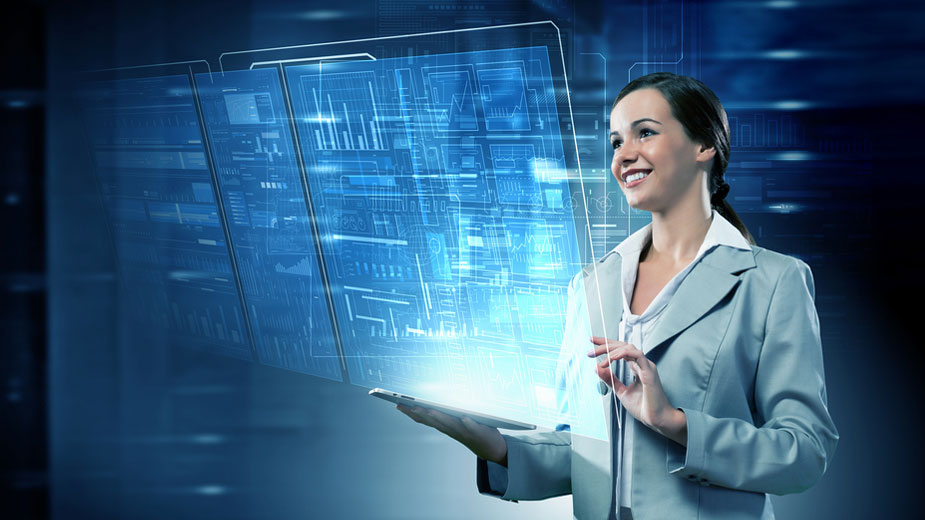 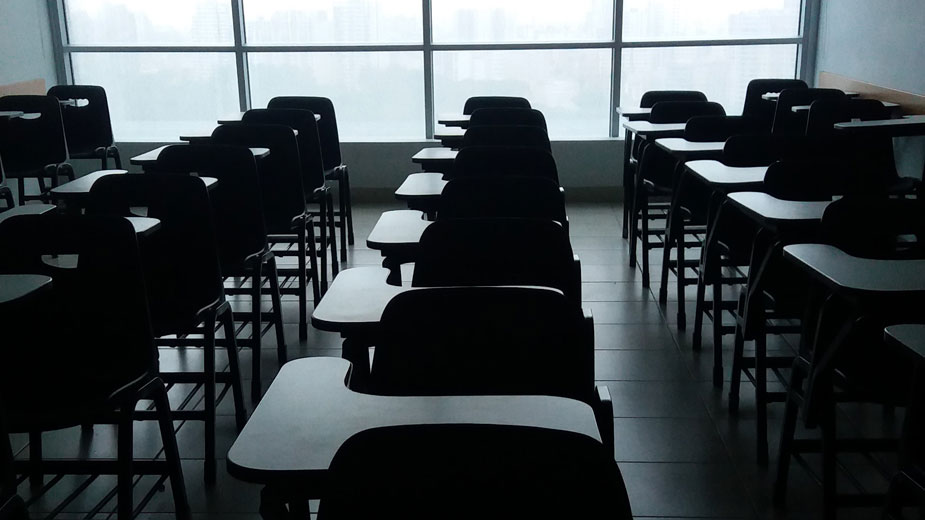 YOUNGSTOWN, Ohio — As debates continue over how best to enter the new school year – either with in-person classes, […]